40 seasons ago, not long after the College All-Star game ceased to exist, ABC Sports decided to get an early start on showcasing their marquee franchise by pitting the number one college football team from the previous year, Nebraska, against Penn State (at the time, not their conference foe) in the first-ever Kickoff Classic, staged on the Saturday prior to the traditional opening weekend (either during or just after Labor Day).

Nebraska football fans are incredible.  They are far and away THE team in the state, college or pro, and on any given Sunday the increased crowd at their massive stadium makes Lincoln the most populous city, even ahead of Omaha.  And they travel well.  I mean…the next best place to being in Lincoln for a game is to be AWAY from Lincoln when no game is scheduled. (I’ve been there; gotta admit, it’s damn dull).  And this year, they get to travel to Dublin, Ireland, where they and current Big Ten foe Northwestern will kick off the FOX Big Noon franchise with a game played in a soccer stadium where, no doubt, more than a few ales may be ingested. 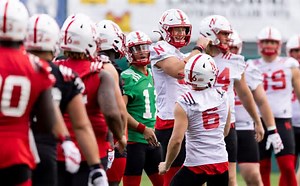 The Kickoff Classic of 1983 was the first example of what is now called “Week 0”, which borrows from the practice now seen more commonly with high school football.   Per NBC Sports Chicago:

Week 0 in NCAA college football refers to the opening weekend of games for the start of the new season. 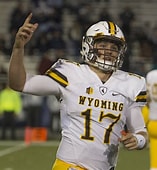 This year that number has grown to 11.  In addition to the Dublin game, Illinois will also kick off their season with a late afternoon home game against Wyoming.  Who knows when the next Josh Allen will arise,  right?  Wouldn’t surprise me if he’s interviewed there.  And Hawai’i, which has always been able to provide a game that can be added to any team’s schedule without officially impacting it, will host Vanderbilt in a game that will provide late-night entertainment, making this yet another weekend for fans–and yes, wagerers–to be assured of at least thirteen hours of televised combat, not to mention prop bet opportunities.

I’m a huge fan, but not huge enough for me to be distracted just yet.  None of my favorite schools are playing, and I just cannot get that excited in August.  But I WILL bet you a coffee that far and away the most-watched content outside of House of the Dragon this weekend will be the games of Week 0.  And as new contracts with networks and streamers unfold, I’ll bet a second coffee that future years’ Week 0s will feature more than 11 games.