Today’s not only Christmas Day, but it’s the diamond anniversary of the NBA playing games on that day,  For a majority of those years, particularly the last half-centrury after the NHL suspended playing them, they’ve had the entire sports world to themselves (Even British soccer takes a holiday).

With little else to distract them besides opening presents, it has been a golden opportunity for the league and its broadcast partners, most notably ESPN, to focus fans’ (and even many non-fans’) attention on it stars and to reignite whatever may have been lost from opening day, which typically occurs head-to-head with the World Series and Halloween.  Some of the most enduring memories from some of the league’s greatest players have occurred on Christmas Day, including the last two I celebrated in New York, when the Knicks saw Bernard King go off for a day-record 60 points against the Nets (at a time when the Nets were the far more competitive team) and then, behind #1 draft choice Patrick Ewing, rallied against the Celtics to overcome a 25-point Boston lead and win a double overtime thriller that in hindsight was a harbinger of a Knicks renaissance that eventually got them to within a game of a third title (which, as we know, they are STILL seeking).

For the past 15 years, the league has quintupled down on their holiday servings, and will again serve up five games from noon to well past midnight on Boxing Day.  Lebron,  Greek Freak, Luca, Ja Morant, MVP Jokic and both the Celtics and Warriors will be featured.  If you’re a hoop-a-holic, this is YOUR day.

But I can almost assure you you’ll be in a minority.

Because the NFL, seizing upon the opportunity to play on the weekend (especially Sunday), and fresh off a singleton last year that saw the Browns and Packers play to a FOX TV audience of nearly 29 million has tripled up with a day-long slate of games.  The Cleveland-Green Bay results lead a day of superlatives that Sports Media Watch was only too happy to recap last year:

The Browns-Packers NFL Christmas Day game averaged a 10.8 rating and 28.59 million viewers across FOX and NFL Network last Saturday, up 22% in ratings and 42% in viewership from Vikings-Saints on Christmas last year (8.9, 20.10M) and the most-watched Christmas Day sporting event in at least 20 years. Later in the day, Colts-Cardinals averaged a 5.3 and 12.62 million on NFL Network — trailing only Steelers-Ravens on Christmas 2016 (14.77M) as the most-watched NFL Network exclusive on record. The Colts’ win jumped 23% and 49% respectively from Dolphins-Raiders in the same Saturday night window last year. 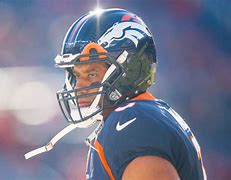 This year’s later day offerings aren’t even as competitive on paper, particularly the late afternoon Broncos-Rams game which features two teams not even in the hunt.  To be fair, a Russell Wilson-Matthew Stafford matchup loomed far more compelling when this was scheduled.  Stafford, along with most of the Rams who won the Super Bowl last year, won’t be there, and Wilson has been a shell of his former self most of the season.  But hey, it will be simulcast on Nickeoldeon and it will showcase to a shivering America what Southern California weather is like today.  Hate-watching alone will assure its success.

The NFL smelled blood in the water, and with a new YouTube TV deal fresh in their hands that will accelerate its availability on devices (not to mention pressure measurement companies to finally deploy accredited ways to measure it), it won’t even need to rely upon traditonal Christmas gathering venues to assure its continued success.  So rest assured there will be two sports vying for your attention for the foreseeable future.

I, for one, will have two screens going as I sip some eggnog and whiskey.  I suspect many of you will, too.