Wonderama Is Back In New York

One of the first TV shows I saw in person while growing up in New York was the classic children’s variety show WONDERAMA.  A three-hour wraparound show filled with stunts, games and occasional performances by singers and dancers, often from Broadway shows of the day (hey, they were in town anyway, and kids can nudge their parents to take them, right?). 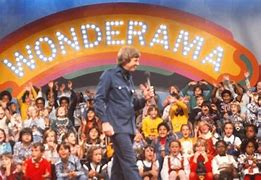 WONDERAMA’s own theme song was the stirring instrumental version of the show-stopper from THE UNSINKABLE MOLLY BROWN called I AIN’T DONE YET.  I defy any baby boomer not to want to wave their arms in their air when they hear it (and you can with the link below).

I doubt Serena Williams grew up knowing that, but last night before a much larger New York crowd she indeed showed she was unsinkable.  Defying the predictions of pundits and seeders, she staved off her own “evolving away” from active competition for at least one more night, rallying to oust second-seeded Anett Kontaveit to advance to the third round of the 2022 U.S. Open.

Williams went the distance to win the first set 7-6 (7-4) after a thrilling tiebreaker. The boisterous crowd got to its feet applauding Williams, including Tiger Woods who triumphantly pumped his fist alongside her family. The first set lasted 1 hour and 3 minutes.

It was a different story in the second set. Kontaveit jumped to an early two-break lead over Williams and easily grabbed the second set, 6-2.

“After I lost the second set, I thought, ‘Oh my goodness, I got to give my best effort because this could be it,’ ” Williams recalled. “I just wanted to keep trying and see what I can do and just do my best. I was just really excited.”

But Williams’ competitive nature kicked in during the decisive third set, where she only dropped two games. She gave her signature twirl to the deafening crowd.

As she humbly recapped during her post-match interview.

She might have been equally accurate if she quoted Molly Brown from the lyrics from the Wonderama theme song: 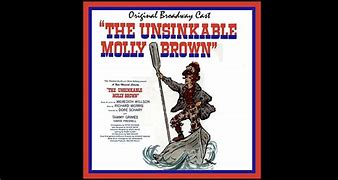 You’ll see me carried shoulder high,
By famous people I’ve never met,
But till I leave the rear,
It’s from the rear you’ll hear,
“I ain’t down yet.”