Will The Hall of Fame Follow The Same Old Script?

All eyes of the baseball world are on Cooperstown, New York tonight as the announcement for the inductees of the class of 2023 will be broadcast live on MLB Network, an event newsworthy enough to remind millions the network hasn’t turned into an offshot of AMC or a genre movie channel in the Starz family,

Smart money is that this may be yet another time when no candidate reaches the needed three-quarter majority to get into the hallowed Hall, which tends to be the most selective of any major sport.  Steeped in tradition, baseball writers and historians tend to add character value and, more recently, statistical arguments to weed out the wheat from the chaff, and particularly among more recent inductees there have been passionate debates about what kind of a person should be immortalized. 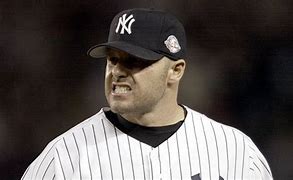 Demographically, I should be among those who would shudder at the thought of those from the steroid era even being elected, and so far no one of consequence has made it.  The initial eligibilties of the more notorious contributors to those times, especially Barry Bonds and Roger Clemens, have come and gone, and the Veterans Committee seems even less forgiving.  For decades the off-field scandal that led to Pete Rose’s lifetime ban from the game have prevented the all-time hits leader from his honor, and it appears more and more likely that Rose will go to his grave without the honor that, statistically, he deserves.

The excuses of “I want a Hall that I would want my children to visit proudly” that many voters use as a yardstick grow increasingly tone-deaf in an era where the sport is fighting for relevance with a generation that is far less likely to actually visit upstate New York and among those who actually do care they readily acknowledge hypocrises and double standards.  And I embrace that generation’s attitudes wholeheartedly. 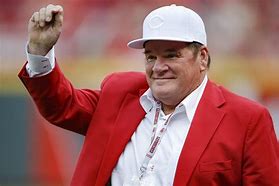 Rose is banned for life for gambling, yet more than a dozen MLB teams now carry their games on regional sports networks that are named for a chain of casinos and are sponsored by the likes of Draft Kings?

Steroid users are consistently shunned, yet more than enough evidence has been unearthed that Babe Ruth was a serial substance abuser in his day?

We don’t even consider those who have been accused of questionable on-field efforts or off-field opinions, yet we still revere the memories of Ty Cobb–perhaps one of the dirtiest and most racist men to ever step on a diamond?

Much as Cooperstown maintains the look and charm of the 19th century hamlet where the game was founded, one look at the calendar and the demography of those who still grace it can’t be ignored.

But because opinions on either side tend to be polarizing, let me remind those who would choose to debate what the actual DEFINITION of the word “fame” is:

the state of being known or talked about by many people, especially on account of notable achievements:
The hit song “Hall of Fame” by The Script effusively talks of the standards a more modern generation use to define who should be “on the walls”:

You can go the distance, you can run the mile
You can walk straight through hell with a smile
You could be a hero, you could get the gold
Breaking all the records they thought never could be broke
Nowhere in those empirical, objective descriptions are there any morality clauses.
And I don’t believe anyone is advocating that long after they’ve decomposed, neither Ruth nor Cobb should be canceled out of the Hall.  Because, really, baseball isn’t pickleball, and it won’t ever be that woke.
But it can be more tolerant and embracing.  And possibly make a little news as well.
So while Scott Rolen’s candidacy and his slow, steady rise up the ladder make him the odds-on favorite for enshrinement, there’s another third baseman of the era who has slightly better statistics, and I’m ready for your castigation for even saying his name. Alex Rodriguez.
As Matt Snyder of CBS Sports.com lays out, the odds are still long, but however his numbers go tonight will arguably be more newsworthy than whether or not Rolen, a very, very good player, gets in or not:

A-Rod has a polarizing case. We already know that. I firmly believe this is a huge year in balloting for A-Rod. If he makes big gains, there’s a chance he’ll make the Hall down the road. If he doesn’t, he’s likely to end up in Bonds Land. I went much more in depth on the theory here.

The numbers right now don’t bode well for A-Rod. Polling shows he’s only gained two votes from last year (when he was 161 votes shy of enshrinement). It’s always possible there’s a cache of non-public votes for A-Rod, but there weren’t last year. Right now, it looks like he’ll fall short of 40 percent and if that’s the case, it’s hard to see him making up enough ground moving forward to get to 75 percent.

Say what you will about what think of the man.  Disparage his character all you wish.  Here’s three sentences that sum up the legitimacy of his candidacy,  per Wikipedia:

Rodriguez amassed over 600 home runs (696), over 2,000 runs batted in (RBI), over 2,000 runs scored, over 3,000 hits, and over 300 stolen bases, the only player in MLB history to achieve all of those feats. He was also a 14-time All-Star, winning three American League (AL) Most Valuable Player (MVP) Awards, 10 Silver Slugger Awards, and two Gold Glove Awards. Rodríguez is also the career record holder for grand slams with 25.

And, to this day, any time he’s on TV, fans watch.  Disproportinately, younger and more diverse fans.  FOX Sports and even ESPN have realized that.
And, respectfully, the game my grandfather and dad embraced that hooked me has changed.  And, once again, remember the characters of those played it. So were I to have a vote, yes, I’d vote for A-Rod.  I’d also vote for Carlos Beltran, his role on the 2017 Astros notwithstanding.  His role on the 2004 Astros, where he enjoyed an epic post-season that spurred the Mets to sign him, atones for that among that fan base.  It’s his first year of eligibility, and this vote will also be closely watched.
And, yes, Rose should indeed be reinstated.  He truly looks pathetic at his age shilling for autographs camped out on Cooperstown streets far enough away from the Hall to not violate any potential restraining order.  Some sort of olive branch while he’s still breathing would be closure, and perhaps a signal that a Hall of FAME is just that, not a Hall of CHARACTER.
We’re still three weeks from pitchers and catchers. so after tonight MLBN will likely put THE NAKED GUN back into rotation.  You know, a baseball movie because the plot involves Reggie Jackson as a California Angel being programmed to murder Queen Elizabeth II?
Oh, BTW, network co-owned by the sport:  what was the character of that dude who played Nordberg in that movie?  You got any problems showcasing HIM?
Here’s hoping something newsworthy happens tonight.  If so, maybe breaking news will reschedule some more encores of that movie.  It’s on plenty of streaming services anyway.
Courage…