Ivan Provorov was up until this past week an obscure defenseman for the Philadelphia Flyers, in his seventh season with a team that’s only made the NHL playoffs twice in his career and, based upon their current last place standing in the Metropolitan Division, seem destined to miss out again.  A far cry from their glory days as the Broad Street Bullies, winning back-to-back Stanley Cups in the mid-1970s led by the likes of Bobby Clarke. 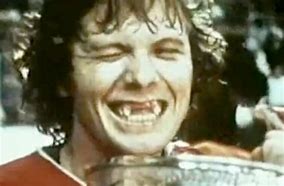 Clarke and others, such as enforcer Dave “The Hammer” Schultz, regularly instigated their opponents into fights that often cost their stars ice time at the expense of less prolific scores like Schultz, whose claim to fame was a record number of penalty minutes (472) in a single season.  Clarke was considered such a leader and legend that he actually rose to becoming the team’s general manager after his Hall of Fame playing career ended.  The legacy of those teams and Clarke’s leadership inspired the Flyers to hire the maligned John Tortorella as coach this season, but as noted above, he hasn’t exactly lived up to expectations.

So in a season devoid of on-ice success, more bandwidth freed up for hockey journalists to pay attention to team promotions like Pride Night, where the Flyers donned pregame uniforms with rainbow numerals to celebrate their LGTBQI+ fan base for a celebratory skatearound.  All of them, except Provorov.

And, as FOX News.com’s Joseph Wulfsohn reported, instantly the Flyers became relevant, and Provorov accused of inflicting more pain than any Broad Street Bully ever did:

On Tuesday, Provorov decided to opt-out pregame warmups when the team wore Pride-themed jerseys and used sticks wrapped in rainbow Pride tape, saying it goes against his religion. He later played the match against the Anaheim Ducks, which resulted in the Flyers’ victory.

“I respect everyone. I respect everybody’s choices. My choice is to stay true to myself and my religion,” Provorov told reporters after the game.

But that didn’t sit well with many sports media personalities, some calling for his punishment as well as the Flyers.

NHL Network senior reporter EJ Hradek suggested the Russia-born Flyer player should go back to his homeland and join the fight against Ukraine if participating in Pride events is “that problematic for him” and wants to feel “more comfortable.”

“Of course, Ivan Provorov is more than happy to play pregame dress-up when it does align with his belief system,” Wyshynski snarled while showing an image of Provorov’s autographed camouflage-themed jersey that was auctioned off.

Sports writer Rachael Millanta offered a similar sentiment, writing “Being LGBT+ is not a ‘choice.’ Being ignorant, obnoxious, and homophobic is a choice. Ivan Provorov wasn’t wearing uniform tonight and the @NHLFlyers should not have let him play. Stop letting bigots hide behind their cherry-picked religion. Do better. So Tortorella, never one to shy from controversy, felt the need to support his decision, let alone his alternate captain, when he addressed the media on Thursday night.   Tortorella offered, for him, a surprisingly even-handed and calm explanation, as CBS Sports’ Austin Nivison reported:

Provorov cited his religious beliefs as the reason why he sat out of warmups. Tortorella defended Provorov’s right to make his own decision in the postgame press conference, and he elaborated on those thoughts ahead of Thursday night’s game against the Chicago Blackhawks.

Tortorella reiterated that he believes Provorov “did nothing wrong” and drew a link to his own prior comments about benching players who kneel or protest in any other way during the national anthem.

“As I said, Provy did nothing wrong. Just because you disagree with his decision doesn’t mean he did anything wrong. Let me put it to you this way, in my experience. I think it was back in ’16 when I was asked a question about the flag. That’s when (Colin) Kaepernick was sitting. He wasn’t kneeling. He was just sitting at that time. They asked me if a player sits, what would you do? What did I say? I said the player would sit the rest of the game.

“I was wrong. I learned a lot through that experience. My feelings toward any kind of protest toward the flag or during the anthem, it disgusts me. It disgusts me. It shouldn’t be done. Those are my feelings. I can’t push those feelings onto someone else. So I was wrong in saying that back then. I didn’t realize I was, but as I went through it all, who am I to push my feelings onto someone else?”

Ivan Provorov cited his religious beliefs.  John Tortorella supported his player’s right to express his belief, just as he did his other players’ right to express theirs.  And as he continued, from his first-hand view, he saw the night as a success.

“You asked me if I was going to bench him,” Tortorella said. “Why would I bench him? Because of a decision he’s making on his beliefs and religion? It turned out to be a great night for Pride Night. Players were involved. The building was filled. There was awareness and everything.

“Provy didn’t actively seek out and try to make a stand against it. He just felt he didn’t want to take warmup. I respect him for his decision. I thought the team handled it well. I thought our whole organization handled themselves well to make sure we didn’t lose sight of that night.”

And now the cry for Tortorella to step down as Flyers’ coach has amplified, much more for that statement than the awful record his team has produced, and even more tone-deaf remarks all but pooh-poohing any involvement in the upcoming All-Star Game by any team member, which becomes all the more important when your chances at playing in a post-season are as remote as they look.

So let’s unpack this.  While the celebration of Pride Night is a positive expression of support, from a business standpoint it was hardly the broadest potential subset of fan base to target.  According to the U,S, Census, Philadelphia is home to 1.58M people, Per Statista, 3.743% of Pennsylvania self-reports as gay.  Per Statista, about 18% of men like hockey (and,remember, this is a down year, so that’s likely a lower number today), and about 46.5% of the Philadelphia total population is male.

Give or take the female LGTBQI+ hockey-loving Philadelphians who still love their last-place team, my math yields about 5000 people who truly fall into the category of being legitmately upset by Provorov’s choice to express his religious belief–assuming they indeed disagree with his right to express it.  That’s less than a third of the capacity of the Wells Fargo Center, and likely a lot less that celebrated the team’s effort to support such a sliver of their overall fan base with the degree of cooperation Tortorella reminded people they supplied.

Now let me layer on a little history lesson.  One of the original Flyers was a defenseman named Larry Zeidel, one of the sport’s few Jewish players, the son of parents both burned to death in Nazi concentration camps.

He was the precursor to Schultz during his minor league days in nearby Hershey, and held the AHL record for penalty minutes in a season with 293 during 1959-60.  During his brief stint with the expansion Flyers at the tail end of his career, he was involved in a violent stick-swinging incident with Boston’s Eddie Shack, leaving both men bloody.  For the balance of the season, Zeidel was ridiculed with anti-Semitic slurs.

I’m fairly certain few journalists or fans of the era came to his defense.

Now let’s suppose one of Zeidel’s teammates got married in a church, and he declined the invitation to take a wafer or kneel?  That’s an expression of religious belief that runs counter to the “norm”.

Would as much attention and consternation be devoted to him as there has been to Provokov?

For the record, should anyone start to demand my head on a platter, I actually come out believing Provokov’s sense of timing and indifference was horrible, even if he did discuss the issue privately beforehand.  His silence on the issue beyond his statement is disheartening, given the level of attention and distraction it has created.  I’m not one of the many far-right embracers that have driven up the price of his jersey to nearly $200, which for a guy who has never exceeded 17 goals in a season is patently absurd.

But if he believes what he believes, how DARE anyone believe he can be bullied into going against that belief in order to go through what to him would be disingeneous motions to back up what can best be described as a lousy business decision?

And how DARE they castigate Tortorella more for his defense of Provokov’s right to express his belief more than the other tone-deaf and ignorant statements he’s made against other Flyers, whose lack of effort during games has hurt the team, the stabillity of his job and the Philly fan base far more than what Provokov elected not to do before one?

Bullying is awful, no matter if it’s physical or emotional.  I’ve often been the victim myself, so I know from where I speak.

From where I sit, the bullying here is not occuring from Provokov or Tortorella.

Here’s a suggestion to all those who still insist on inflicting their opinions on members of the Flyers’ family. 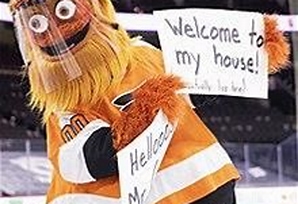 Turn your attention to Gritty.  We don’t know what side of the issue he supports.