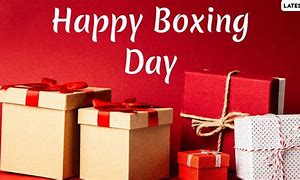 And as has been tradition since it all started, Boxing Day has become their answer to the NBA’s Christmas bounty, serving as the de facto reboot point for its season and an opportunity for a daylong feast of competition while Christmas imbibers relax with a second consecutive day off.  Yes, in the UK as, December 26th is Boxing Day, and that means a quadrupleheader going from afternoon till near midnight, and in the U.S. from pre-dawn to late afternoon.

But this year’s reboot is particularly meaningful, as for the first time the Premier League season will resume not just after the break leading up to Christmas, but more than a month away after the first-ever fall World Cup competition.  Which after its excruciating loss to France in the semifinals, English fans have been lamenting with drink upon drink for most of the break.

But now it’s back to the more parochial task at hand, the pursuit of the title, the top four who will qualify for the UEFA Champions League where the competition with the balance of Europe is potentially even more appealking, and, unique to soccer, the battle to avoid the ignominy of relegation.

Henry Burt of 90Min.com knows way more about this than I do, so let’s let him recap where we are:

Manchester City have won four of the last five Premier League titles, and will be determined to win three in a row for the first time in their history with another triumph this season.

So far, however, that has been easier said than done. Usual title rivals Liverpool have been off the pace this season but a new challenger has emerged: a resurgent Arsenal, who sit at the top of the tree this Christmas having won twelve and lost just one of their opening fourteen games.

The hunt for European football

Only City and Arsenal look remotely likely to win the league this year, but the race for the top four is where things really start to get interesting.

In third place are Newcastle, who have defied all expectations to land themselves firmly in the hunt for European football with some stellar performances. Eddie Howe’s side have lost only once so far and, despite the money being pumped into the club by their new owners, have exceeded almost everyone’s expectations by doing so well, so soon.

Behind the Magpies are Tottenham Hotspur, who under Antonio Conte continue to be one of the most confusing sides in the league. Spurs are a defensively solid outfit and can be shockingly dull to watch at times, yet they are among the league’s highest scorers and remain on course to qualify for the Champions League for a second successive season. Their form was beginning to dip before the World Cup, but Conte will be hoping to repeat his side’s form in the second half of the 2021/22 campaign.

The race for the top four doesn’t end there, however. Next up are Manchester United and Liverpool, both of whom have recovered from poor starts to climb the table and will fancy their chances of sneaking into a Champions League spot. United are steadily improving under the management of Erik ten Hag, while Liverpool have arrested their slump after a series of poor results and performances.

This is shaping up to be one of the best relegation battles in years, with pretty much all of the bottom 10 or 11 teams needing to look over their shoulder.

The early frontrunners for the drop were newly-promoted Bournemouth and Nottingham Forest. Both sides have since demonstrated that they are capable of picking up points in the top flight, however, opening the door for a less obvious team to fall through the trapdoor.

Currently bottom of the table are Wolves, who despite possessing a more-than-decent squad have simply been unable to score goals. Will a change of management help to steady the ship at Molineux?

As we write this, the Spurs earned a 2-2 draw with Brentford, coming from behind with two goals within six second half minutes, drawing even in the 71st via Pierre-Emile Hojbjerg.  Four matches are unfolding simultaenously, and then a nighttime (UK time) doubleheader follows.

All this occurs as the British winter unfolds, with flasks all the more necessary regardless of the outcomes,  It’s why crowds sing fight songs–the noise and camaraderie produce needed heat, even when the matches aren’t all that eventful.

So open your boxes carefully, particularly the ones containing liqueurs.  And make a toast to Boxing Day excess.  Here’s to REAL football, guv’nor.