One of–if not my absolute–favorite movie of all time is MY COUSIN VINNY, which, incredibly, is 30 years old this year.  Among its wonderful comedic performances was one of the last offered by lanky legend Fred Gwynne, who anyone of my vintage knew was Herman Munster in the classic ’60s farce about the monstrous family that was–and still is–embraced by new generations.  But in the film, produced while he was sadly dying of cancer, Gwynne was cast as Judge Chamberlain Haller, a no-nonsense judge in rural Alabama who is the challenge for lead Joe Pesci’s first real court case, which just happened to be one where he was trying to acquit his beloved cousin of murder charges. 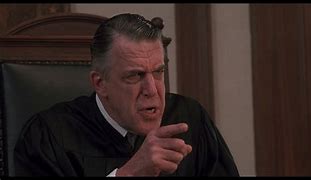 In one of the film’s most laugh-out-loud moments, Pesci, speaking in an even thicker Brooklyn accent than usual, attempts to defend his cousin and his friend by referencing them as “dese two yutes”.  Gwynne, in his exaggerated Southern drawl, interrupts Pesci and asks “Mr. Gambini, uh, what’s a “yute”?”.  You could practically see both Gwynne and Pesci nearly break character when Pesci pauses, sighs, and begins his passionate defense again, exaggerting the “-ths” on “youths”.

Well, whenever the University of Utah would be playing a game, I’d inevitably be reminded of this scene.  Their teams are the Utes, named for the Indian tribe that gave the state its name.  And until 2010, their teams were members of mid-major conferences, rarely significant enough to matter in most major college sports.  And even when the made the Pac 10 the Pac 12 when they joined that year, they were often insignificant.

But, under head coach Kyle Whittingham, they have become a powerhouse of late, winning the Pac 12 South in the last three fully played seasons, and, for the first time, winning the conference championship last year and representing the conference in the Rose Bowl, where they battled Ohio State in a thrilling, back-and-forth affair that they narrowly lost, 48-45.   Despite a season-opening loss to Florida, another three-point nail-biter, they remain the class of the Pac 12, and THE roadblock for any team to go through.

And, for the next two weeks, they get to give reality checks to Los Angeles’ two undefeated major college football teams, starting with a 12:30 PM PDT kickoff at the same Rose Bowl they began the year 2022 at against the surprisingly undefeated UCLA Bruins,  both ranked in the Top 20.  They are evenly matched, as Ben Botch of the Los Angeles Times reminds:

These teams are a lot alike in how they’re winning games. 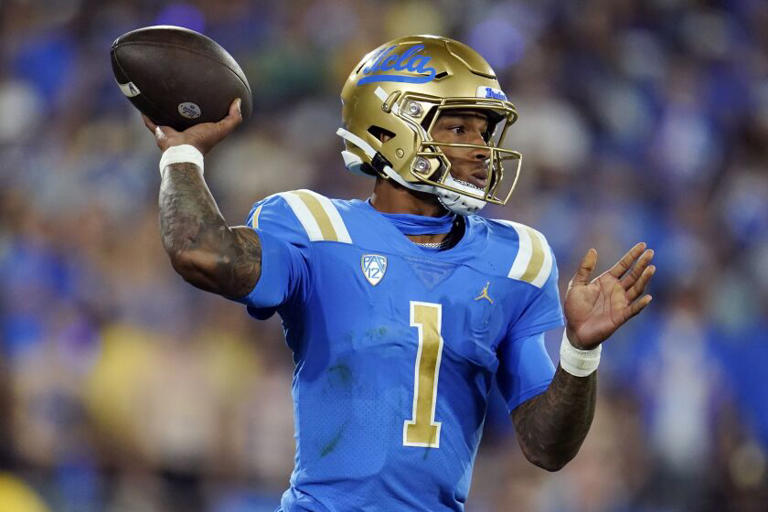 (Bruins’ starting quarteback Dorian) Thompson-Robinson and Utah counterpart Cam Rising could each make a claim to being the top Pac-12 quarterback this season, but UCLA might be able to one-up the Utes with its Z factor — Zach Charbonnet. The senior running back is averaging 104.2 yards rushing per game, trailing only California’s Jaydn Ott (106.4 yards) in the Pac-12. Utah’s top rusher is Tavion Thomas, who is averaging 59 yards.
And should they get past that challenge, the Utes will next week host the undefeated USC Trojans, who are on pace to stay that way with a home game against Washington State in the Los Angeles Coliseum later today.  My USC buds are doing their best not to look too far ahead, but they are hoping that Utah knocks off the Bruins today not only because, like any good rival, the enemy of my friend is my friend, but because it will, as they surmise, prevent them from being overly fired up for a needed win should they fall to 4-2.
Moreover, with the Bruins and Trojans headed for the Big 10 in 2024, whatever is left of the Pac 12 will need some sort of a following in Los Angeles to remain relevant.  It’s expected the current geographic separation of North and South will be done away with, eliminating the stigma of having Stanford and Cal in a separate division, and assuring that the best teams will face off in the conference championship game, always a factor for seeding and inclusion in the soon-to-be-expanded College Football Playoff.  Utah is currently better than either NoCal school, and making an impression in the next two weeks could very well earn them some followers in the area who will retain a conference interest even if their specific teams won’t be playing in them.
Utah is real good.  They showed a lot of people exactly how good when the year began, and they may show this college football-crazy city they’re even better as it begins to wind down.
THAT’S a Ute, Judge Haller.  The youths who comprise them deserve our respect.
Courage…