What Is So Rare As A Football Fan In June?

There’s an awful lot going on in June if you’re still among the ranks of the living.  Weather is improving (ok, South Florida’s an exception, sorry), people are graduating and marrying with actual crowds again, baseball is booming, college baseball and softball are conducting World Series, soccer is playing crucial matches to determine this year’s World Cup qualifiers (moved from this month’ thanks, Qatar) and people are actually congregating at conventions and business meetings for a change.

Naturally, to me the most exciting news was the release of the first two football pre-season publications.  And call me weird if you will, but I’m not alone.

Fact is, no matter what else may be going on football commands more attention from sports fans, and even the public at large, than any other sport.  Live telecasts comprise more than 80% of the Top 50 programs on broadcast television.  And even on days at times of the year as event-sparse as this, tens of thousands of people tune in to the NFL Network, listen to Sirius XM Channel 88 NFL Radio, and, like me, eagerly plunk down money to read USA Today Sports Weekly’s NFL season preview special.

Baseball has commanded the pre-pre-season attention span for decades, mostly capitalizing on seaonality.  Traditionally, their pre-season special have hit newsstands and supermarkets in January, typically the dead of winter in most of the country and thoughts of warmer days are behavioral drivers,  But with all of the uncertainty attached to recent years via COVID and strikes, even that ritual has been compromised.  Only three publications appeared on newsstands at all, and they didn’t appear before President’s Day.  Sure, there’s a tremendous amount of information available online, but for an old school fan like myself it’s just not the same when you’re clicking through a PDF, and Lord knows I can’t afford the cost of toners and printer ink needed to print them out.

To me, there’s something very comforting about seeing the first siren’s call to a new season.  It essentially started last month right after the NFL draft, when the fate of last year’s college stars was determined and subsequently they debuted (well, many of them did) at optional team workouts.  It was accompanied by the onslaught of e-mails urging the purchase of single game tickets, which so far I’ve avoided.  Bills, you know, still take precedence.

At the same time, the first college preview book hit the stands as well.  If you’re a real fan, you watch college football ritualistically to see who will be tomorrow’s pros, and there’s inevitably change in that world.  So I was just as giddy to grab this goody this week as well. 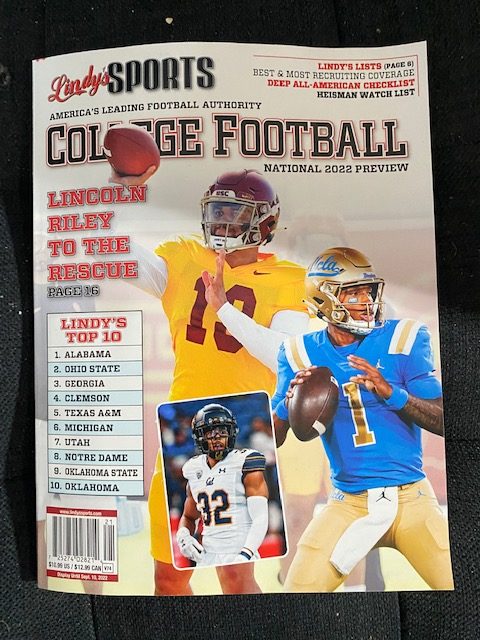 And NFL Network, while it will no longer have the Thursday night package it shared with FOX, announced that they will have several big international and late season matchups, all of which will generate ratings competitive with any other media outlet available anywhere.  Many multiples of tens of thousands will be watching then. 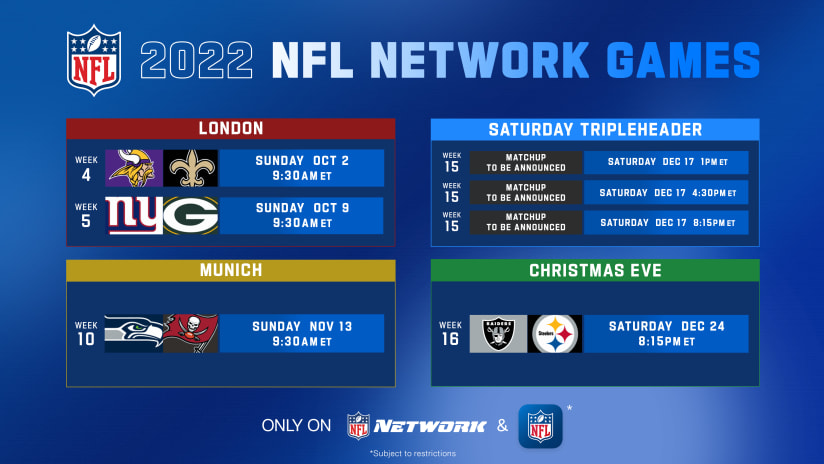 They’ll also be launching a new direct-to-consumer platform, yet another “plus”, which for a mere $1.25 a week will allow fans to watch their local teams’ games, regardless of home network, on any device anywhere.  Sure, I probably already get the game somewhere else, but, heck, for mere pennies a day I’ll have a central landing place where I know I’ll find my game quickly.   They officially launch July 1st, so I suspect the barrage of e-mails begging my sign-up are forthcoming.

Is it the smartest money play?  Nope.  But hey, I’m a football fan who loves seeing something new in June.  I’m hardly the most logical thinker.

And I KNOW I’m not the only one.

May the countdown offically begin.