Well, At Least They Still Have Jiminy

Sure, the biggest sports news here in the U.S. of A this morning is the Golden State Warriors’ return to the top of the basketball world, a resounding win on the enemy court in Boston that finally awarded Steph Curry with a Finals MVP that had been the one missing charm on his potential Mount Rushmore bracelet.

But the reality is, there’s an awful lot of people on the planet that neither knew about this nor cared.  An awful lot of them live in India, and this week a media rights deal went down that will dramatically change not only how they watch their favorite sport, but very likely how we will as well.

Streaming rights to the Indian Premier League, arguably the home of the most talented cricket players on Earth, moved from Disney’s Hotstar, which as Star TV under the FOX banner established itself as a dominant media entity on the subcontinent during the early part of this century, to a fledgling entity called Viacom18, which is 51% owned by Paramount Global.  Viacom18 will pay almost exactly what AppleTV+ plunked down for Major League Soccer rights–`$2.6B–to shift the IPL rights to their platform.

In relative terms, it’s the equivalent of when FOX usurped the rights to the NFC from CBS–it immediately established them as a truly big league entity and, equally as importantly, took a significant asset away from an arch-rival.  Given Hotstar’s pedigree, it’s practically revenge.  It is immensely popular and was often noted by Disney as a key driver in their meteoric global growth in streaming.  Nearly 40% of their current global subscribers–over 50 million–come from India, and was cited as recently as last week as central to their stated goal to grow from their current 205.1M subs to 260M by the end of 2024.

In the short term, the investment community sees this a necessary move by a struggling Disney.  They were currently paying roughly $3B for IPL rights, but ultimately generating roughly 76 cents per month per subscriber.  According to the brilliant David Bloom of TV REV, that’s about one-eighth of Disney gets for its streaming content elsewhere.  That translated to roughly $500M per year.  That’s NOT a win.   So they let it go.

In the long term, though, the harsh reality is that cricket is as crucial to subscription TV in India as soccer is in Europe and Latin American and football is the U.S.  And as Bloom notes, there are other investors in Viacom18 that will have other ways to make back their investment that Disney did not: 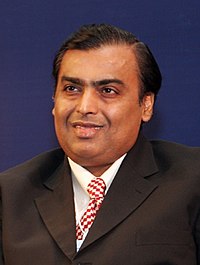 Ambani clan/Reliance owns the Mumbai Indians IPL franchise, one of the league’s most popular teams in the country’s biggest city and media center.

Both the Ambani clan and its team have been the subject of reality TV shows and endless breathless media coverage in India for years. Think the Kardashians multiplied by Elon Musk to get a vague idea of the wealth and media omnipresence.

Beyond that, it’s entirely likely the Ambanis and Reliance can make far more money with the streaming service – by cross-promoting the Reliance Jio wireless carrier, household products and much else – than perhaps anyone else.

So just as FOX found ways to justify its NFL investment by coercing established CBS stations in many major markets to switch affiliation–utlimately resulting in most of them being bought outright and turning into profit centers for News Corporation–the backers of Viacom18 will benefit in enough different ways to make their money back, while likely reaping the additional benefit of accelerated subscriber growth.

And for Paramount+, which has been struggling for legitimacy and franchises, there is the strong likelihood that these matches will be added to their sports portfolio, which already includes UEFA soccer and certain NFL games.  For Indian and British ex-pats in the U.S., the availability of such matches on a more accessible platform will be a strong inducement for them to subscribe.  And increased exposure could translate into growth in the only global territory more valuable than India, the U.S.

And, most importantly, it leaves open the even stronger likelihood that Disney’s subscriber goals won’t be met.  Which could ultimately see them scale back to the point of letting Hulu go, which they have the option to do, or perhaps even shedding other assets as well.   And, remember, Peter Rice knew an awful lot more about cricket than Dana Walden does.

One might say this is indeed a sticky wicket.

Whether or not the cricket that will remain within Disney can prove to be profitable enough to offset the losses remains to be seen.  No doubt CEO Bob Chapek will attempt to spin that strategy as he struggles to maintain his own viability.  Something will have to appeal to those subscribers to keep them from completely deflecting, and SLUMDOG MILLIONAIRE is probably not enough. 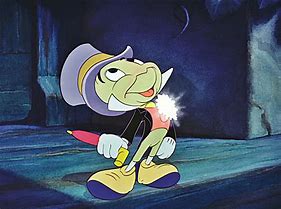 And, remember, Jiminy Cricket used to hang out with Pinocchio.  He’ll be able to snuff out a liar quickly.  And I have a strong suspicion when all is said and done Chapek’s nose may more closely resemble a wicket.