Waiting All Night For Sunday Dawn

It’s the first Sunday of the NFL season, and, naturally, I’m wide awake even as most of the city is still sleeping.  For me, any opening day is one I look forward to with childlike glee.  It’s a sign that I’ve somehow made it to another milestone, despite so many incidents that would have otherwise given me pause to think it was a certainty–lately, especially.

When it comes to pro football, I’m a voracious consumer of information.  I love watching, and I have two fantasy football teams that I still have some gametime decisions to make about who I will start.  So I’m the kind of person who literally is right there when the first pre-game show hits.  In Los Angeles, that currently starts at 6 AM, when NFL Network’s GAMEDAY MORNING begins.  In past years, they even had a pre-show to that one, a bare-bones chatfest set in the New Jersey studios of its film division called FIRST ON THE FIELD.  That started at 4 AM West Coast time.  Yes, I watched, but few others did.  So these days, we get a little bit more time to prepare for the onslaught ahead.

I really enjoy the team at NFLN.  Rich Eisen is talented, experienced, and an excellent ringmaster–plus, he absolutely loves game shows.  The rest of the studio team is marvelous, and the field reporters always engaging. 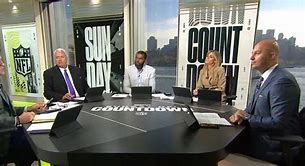 At 7 AM, ESPN joins in, with Sunday NFL Countdown.  Personally, I miss the days where Chris Berman loomed over the set with his larger-than-life presence and his nonstop barrage of quips and jokes.  The current team is more than competent, and I admit I adore Rex Ryan. who has truly found his calling in this role.  I flip, but it’s not my primary outlet. 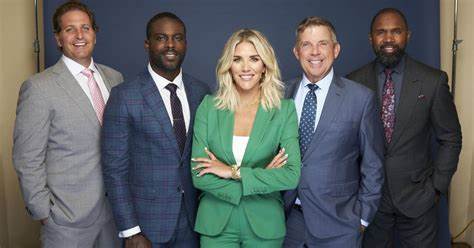 In the 8 AM hour, FOX NFL Kickoff and Fantasy Football Now on ESPN2 join the fray.  FOX expanded its own coverage to a second hour, and this year will have Sean Payton among those who will serve as the defacto warm-up to their signature NFL Sunday.  I’m curious how Payton will fit in with this crew, considering most experts think he’ll be coaching the Dallas Cowboys sooner than later.  No Rex Ryan here.

Finally, at 9 AM the granddaddy of them all, The NFL Today on CBS comes in, along with FOX NFL Sunday.  Depending upon which New York team is scheduled in the early window, I usually wind up on the network where my hometown team will kick off on.  Today the Jets get that honor, a home game against Baltimore, and perhaps the only time a Jets kickoff will be anticipated without dread this year.  So I’ll check in James Brown instead of Curt Menafee. 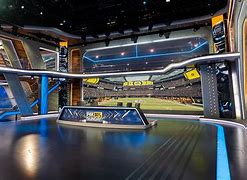 I’ll likely see some of the FOX team later in the day anyway.  They’re debuting a brand new set, and I can’t wait to see how it will make Michael Strahan look less imposing.

There’s a whole lotta football happening, and I do plan on watching, like millions of others.  Everybody (well, except the Rams) is unbeaten.  And my fantasy team isn’t trailing yet, either.  That’ll all change shortly.

For now, the excitement of the drumroll to the pre-game shows will sustain me.  Four hours of hype.  Statistics.  Whether or not I should play Kadarius Toney.  You know, the really important stuff.

But, if you’re anything like me, your blood’s already pumping with anticipation.  You can wait all day for Sunday night.  I’m counting the minutes to sunrise.