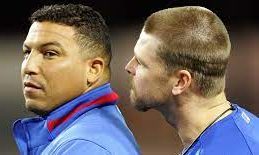 Many readers will likely remember the 1994-1995 MLB strike and the infamous home run race in 1998. At the time, I was not old enough to really understand the business side of sorts in the mid-90’s. For the Cubs fans I am sure all of us remember that 20 year old rookie starting pitcher who threw 20 strikeouts against the Houston Astros in May 1998. I will never forget that game because it is what made baseball my second favorite sport after basketball. Any time Kerry Wood threw a pitch I was sitting on the edge of my seat wondering if he’d get another strikeout. Over the following few years Kerry Wood suffered many injuries and by 2007 he was the Cubs closer. He will forever be my favorite Cub from the 2003 team with Zambrano coming in a close second.

Fast forward to 2002 offseason. The San Francisco Giants led by Dusty Baker lost the fall classic to, their foes from Southern California, the Anaheim Angels. I was rooting for the Angles because I have family in Anaheim that has been living there my entire life and they were rooting for the Angels. The Cubs were in the market for a major change at Wrigley decide that Baker would be their next manager. After a stellar regular season Baker found himself outs away from getting the boys in blue within outs of going to the World Series!!!! Then the infamous Bartman play happens and Moises Alou freaks out as if he were a belligerent drunk and the team fell apart missing out on a trip to the World Series. This is another moment in Cubs history that I will never forget. Was Bartman the goat in another lifetime or did the team turn him into the goat? I’d say the team turned him into the goat.

Let’s fast forward again to 2007 again the Cubs are looking to make a change on the North Side of Chicago. They go out and get Lou Piniella. While he managed the team to playoff appearances in consecutive seasons for the first time in my life… it was two quick exits to the Arizona Diamondbacks and Los Angeles Dodgers. As the 2008 NLDS ended the Billy Goat curse continued on officially hitting its 101st year. This is where my memories get tougher for me to share… I did not  forgot details. Various family events which occurred for me from 2009 to 2015 cause my emotions to spike when sharing these memories. 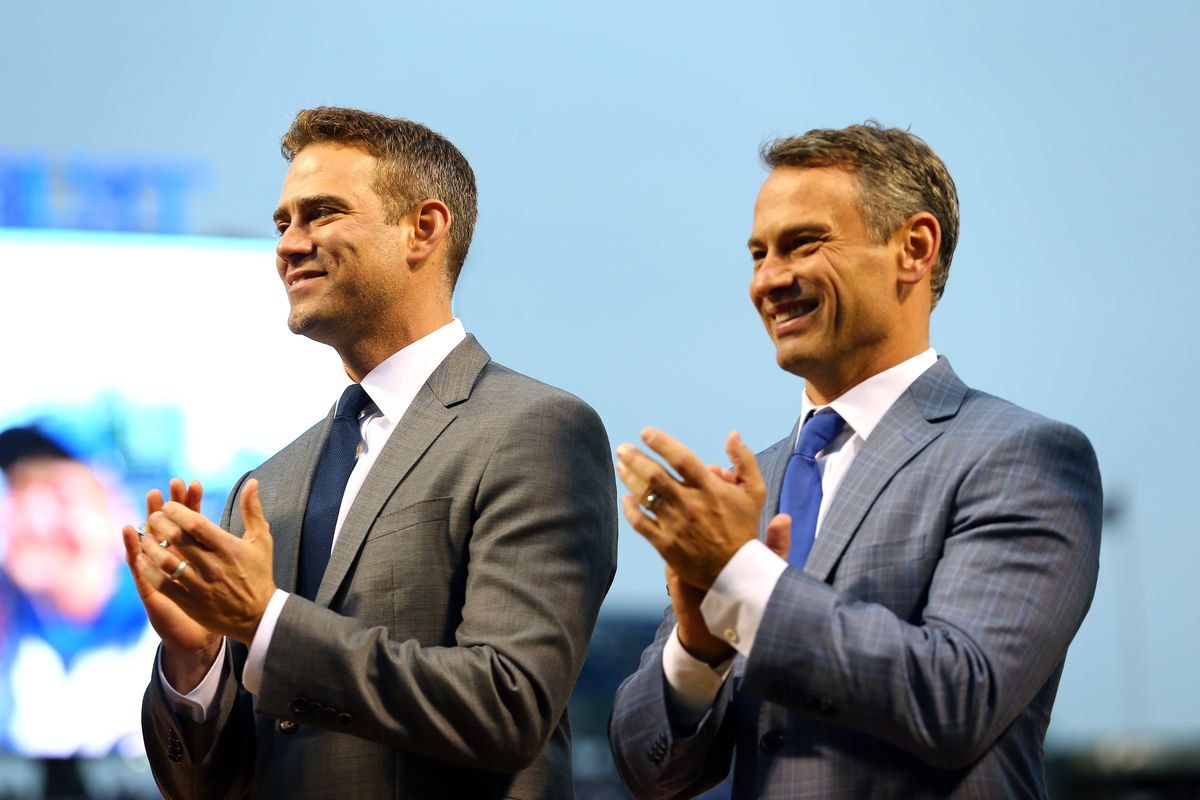 During the 2009 World Series the Tribune Company formally announced that they were turning over the reigns of ownership to Tom Ricketts and his siblings. Then two years later during the World Series the Ricketts family upstages the World Series again by bringing in Theo Epstein and Jed Hoyer from Boston as the on-the-field bosses of the Cubs. The one thing that truly sat with me from their introductory press conference was them saying they had a ten year plan to bring a ring to Wrigleyville and end the draught. After many player signings and trades that looked questionable at best to fans who were used to the team being mismanaged in 2015 they brought in Joe Maddon as manager and for the first time in twelve seasons the Cubs found themselves back in the NLCS. They would of course be eliminated by the Dodgers who were a better overall team.

Theo and Jed would then go out and make a few very important signings that would bring them back to the NLCS in 2016 again against the Dodgers. This time though, the Cubs would overtake the boys from Southern California and face the Cleveland Indians in the World Series. The day before Game 3 of the World Series I get an unexpected yet expected call from my brother asking if I wanted to be at Wrigley Field for a World Series game with him. I was planning to just watch all the games during the rest of the fall classic at bars in Wrigleyville however he sold me on the idea by saying, “Dad would want us to be there.”

Fast forward, it is the day of Game 5.. we have found tickets and we are walking into the game with the Cubs down 3-1 in the series. My brother asks, “Do you think they will pull this off?”

I look at him and say, “Theo and Jed know what they are doing if they don’t pull it off this year then they will next year.” Thanks to a 3-run rally in the fourth inning the Cubs brought the series back to Cleveland. 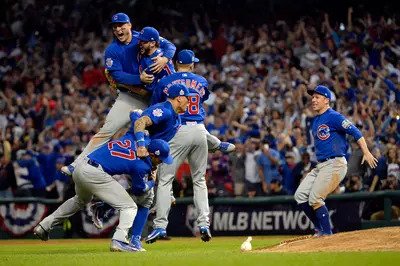 Fast forward a few more days to Game 7. I am going to be watching the game with a friend (who is a Cardinals fan) and I could see my favorite team win the World Series for the first time in 108 years just a few hours from me.

Aroldis Chapman blew the lead in the eighth giving up a 2-run shot to Rajai Davis tying up the game and eventually sending it to extras.

After a 17-minute rain delay following the 9th inning which opened the doors for a players only meeting in the clubhouse giving Jason Hayward a chance to rally the troops and bring the ring home!

That rain delay will forever be known, at least in my conversations about the 2016 Cubs, as 108 years of tears from generations of Cubs fans because the draught was ending! The Cubs have started out this season hot; so, with that… let’s play ball!