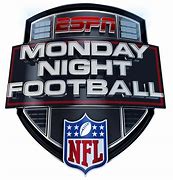 ESPN took over Monday Night Football in 2006, inheriting the brand of the franchise that changed the landscape of televised sports when it introduced a weekly game to prime time in 1970.  However, at that time the entire booth team, the top sideline reporter and several other key executives left for NBC, effectively making the Sunday Night Football window that ESPN ceded the marquee game for the sport.  With the ability to reach more homes and, eventually, the ability to “flex” later-season games to ensure the most competitive matchups possible, NBC regularly had the most popular program in all television and the allure of MNF began to erode.

In recent years, the stability of ESPN’s broadcast booth has eroded.  Change occurred in the makeup of the booth every year between 2017 and 2020.  Last year while the current team of Steve Levy (Oswego ’87!), Brian Griese, Louis Riddick and Lisa Salters stayed for a second consecutive year, there were supplemented by a more casual simulcast featuring Peyton and Eli Manning.  The bloom has been clearly off this rose.

So while yesterday’s news from The New York Post’s Andrew Marchand that lead FOX Sports analyst Troy Aikman was bolting to ESPN to join MNF was surprising, it could hardly been seen as unnecessary.  While the monetary upside from games on Amazon is significant, the number of eyeballs for a marquee game are undeniably larger on cable and broadcast.  Mike Tirico, who anchored MNF for several years, is ready to step up as the likely replacement for Al Michaels on NBC, so they’re set.  The perception of the ESPN crew, particularly its analysts, has been weak.  By securing Aikman, a 25-year veteran of FOX, ESPN immediately gets credibility to its main team, and will provide Levy with the experienced athlete/analyst he deserves.  They are clearly looking to make a statement with an ex-Cowboys quarterback the same way that CBS has made wtih Tony Romo and, decades earlier, ABC made with Don Meredith,

The league is also going to help MNF a bit with scheduling, allowing for games to be flexed from Sundays and will replace their opening week doubleheader, which typically involved a 10:15 PM ET start for a West Coast-based nightcap, with a head-to-head game on ABC that will start an hour later than the ESPN game.  The move will further blur the lines between ABC and ESPN, critical since they have rights to broadcast the 2026 and 2030 Super Bowls, with ABC the primary broadcaster.  Reintroducing the concept of ABC having the franchise once again is Step 1A in their renaissance.

And what happens at FOX?  Now the real fun begins.  Certainly, there’s support for fast-rising Greg Olsen, currently on their number two team only two years removed from his retirement.  Sean McVay, who like John Madden won a Super Bowl as a young man, is rumored to be considering an early coaching exit himself.  He would be a natural fit for a FOX that cemented Madden’s legacy.   And there’s always another wild card out there we haven’t thought of.

Here’s one I doubt they will think of.  Let Joe Buck do it himself.  Borrow from ManningCast and have someone join remotely for each of the first three quarters.  Being a Sunday, it could even be a player from a Thursday night game.  Save the salary one would pay an analyst and put it into tech advances that can make the game more enjoyable in 4k.

Or just offer Dak Prescott enough to retire and grab him.  As a suffering Giants fan, it may be our only shot this year to move forward.