To Exist And Die In L.A.

Sure, the weather here in L.A. is great, especially now that the brutal heat waves of early fall appear to be finally behind us.  I broke out my new space heater last night for the first time, and actually got a relatively decent night’s sleep.

Those climate shifts usually coincide with the beginning of the NBA season and, more often than not, that always means Lakers fans dream about success, even at times when they aren’t capable of likely achieving any of it.  As little as seven seasons ago, they arguably reached rock bottom in their six decades plus in Los Angeles, finishing 2015-16 with a worst-ever 17-65 record.  The prior year, they had broken their previous record for futility with a 21-61 mark, yet somehow convinced fans and national media that with Kobe Bryant’s final season they could rally around an aging legend and make a run at respectability.  With the exception of Bryant’s 60-point effort in his final game, they failed on every possible barometer to even come close to it.

Well, this fall the narrative was eerily similar to fall 2015.  Coming off a disappointing season, with an aging superstar approaching a historic milestone, they cobbled together a roster of up-and-comers and eager supporters looking to play in the Forum blue and gold and have a front row seat to history.  As ESPN.com reported after Byron Scott was finally relieved of his duties after the season ended. the net result for a franchise so steeped in success was unmitigated disaster:

The Lakers struggled to play competent defense or put together coherent game plans the past two seasons, with a roster of youngsters and unimpressive veterans. Scott also didn’t seem to connect with the Lakers’ young players. His old-school mentality generated little positive effect in Julius Randle, Jordan Clarkson or D’Angelo Russell, the second overall pick whose playing time Scott curiously limited early in the season.

Well, if you thought THAT was bad, consider this year’s model.

With Lebron James on a path to breaking Kareem Abdul-Jabbar’s all-time NBA scoring record, and with a seemingly healthy and motivated Anthony Davis finally ready to shoulder some of the load for the first time since the Orlando bubble of two falls ago that at least gave this team a title in an unusual sesson, this motley crew has lost its first four games, last night falling to Denver by 11, and looking outright inept in the process. 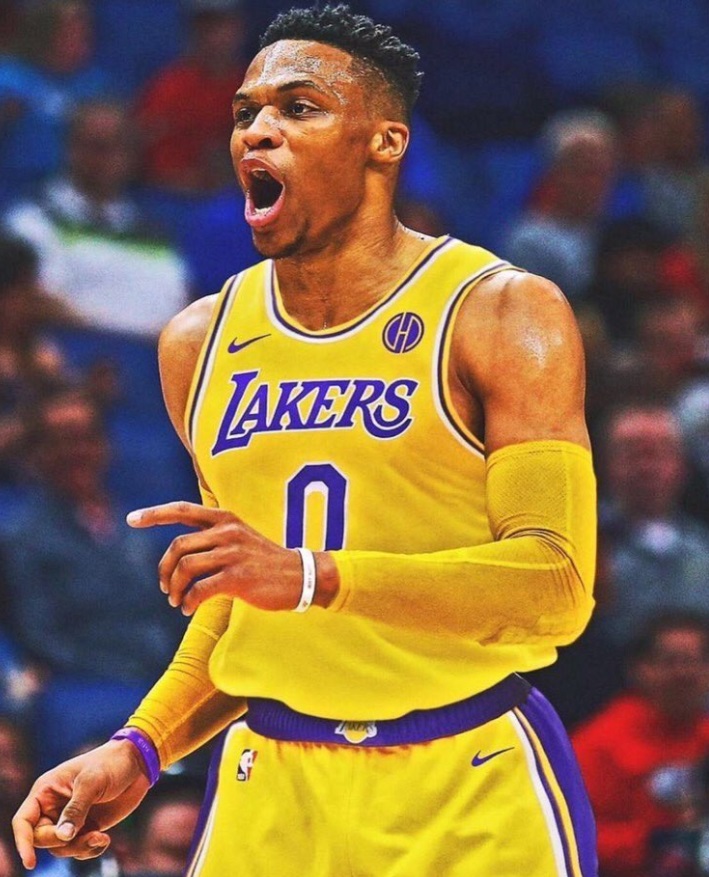 They continue to be incapable of hitting three-pointers with any degree of competitiveness, shooting 27% last night, with Lebron barely any better at 29%.  Aside from Lonnie Walker IV, who somehow wound up getting a significant contract beyond his skill sets, no one in their lineup other than Davis and James scored in double digits.  And they couldn’t even lay the blame this time on Russell Westbrook, whose $47 million contract and the Lakers’ inexplicable reluctance to cut bait with him, despite his cancerous attitude and unwillingness to alter his game has polarized and alienated the roster.  Westbrook was allegedly nurturing a hamstring injury which he claimed resulted from his entering the previous game as a reserve–a role he allegedly was in agreement with new coach Darwin Ham on when they attempted a truce during the pre-season.

Years ago, a nightly sports radio show in Los Angeles was hosted by a veteran snarker named Jim Healy, who would often use quick audio clips to punctuate his frustration with no-win situations.  One popular one was from Charles Barkley, then a player with Philadelphia, who would describe his declining 76ers squad thusly:

Yep, Charles.  You said it better than I could.

And I sure hope your network doesn’t force you to watch this year’s version much longer.