Time To Put The Trash Out

For the third time in six years, and for the fourth time in the decade since the Houston Astros moved to the American League, the New York Yankees will face off against them in the post-season.  In none of those previous situations did the Yankees advance at their expense, losing in a one-game wild card playoff despite home field advantage in ’15 and then in ALCS in both 2017 and 2019.

The 2017 loss still stings miserably with Yankee management, particularly general manager Brian Cashman.  In that series, it became apparent that the ‘Stros were stealing signs, with later investigations eventually proving him right.  Those incidents, using trash can lids as morse code, cost them their manager, general manager, a couple of coaches and tainted even the post-playing day careers of some participants, most notably Carlos Beltran, who was denied a chance to manage the Mets as a result of those findings.  In that series, the Yankees lost the final two games of a seven-game series in bitter fashion, with Justin Verlander emerging as MVP and Jose Altuve establishing himself as a menace with timely hit after timely hit that the Yankees were convinced he knew what was coming at him before it was thrown.

So the rematch in 2019, with A.J. Hinch still managing, was seen as an opportunity for retribution.  Instead, Altuve emerged as series MVP and the Yankees still couldn’t solve Houston’s pitching and actually lost in one fewer game.  Few people cheered louder than did Cashman when the Washington Nationals denied them a second World’s Championship by becoming the first team to win four road games to deny a home favorite a title. 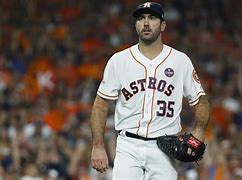 Now, after a surprising rally from a 1-2 deficit against a scrappy Guardians team, with perhaps a little help from rain that allowed the Yankees to throw “Nasty” Nestor Cortes, Jr. in a series decider, they get yet another chance to avenge 2017.  Yes, many of the cast of characters are still, notably Verlander and Altuve.  So, too, is Aaron Judge, who finally seemed to wake up with two consecutive games with a home run after his American League record-breaking regular season.   The 2017 loss came in Judge’s rookie season, where he set an all-time rookie mark with 52 but came up short in the end.

But the 2022 Astros have lots of new talent as well, including a staff of younger, crafty starters and relievers that confounded Seattle in the ALDS, most notably in an eighteen-inning 1-0 nailbiter last Saturday.  Dusty Baker, whose post-season history with the Yankees goes back to 1977 as a member of a Dodger team that lost twice to the Pinstripers before beating them in ’81. now acts as the puppetmaster.  And he has lots of really good young hitters too, many of whom were not around in 2017.  Yordan Alvarez, most notably.  Even Jeremy Pena, Saturday’s extra-inning hero.

Nary a trash can in sight.

This Astros team is young, excellent and cocky.  They were the only 100-plus win team of the four to advance to the post-season that made it this far.  They are well-rested and will play in the comfort of their enclosed stadium for the majority of this series.

The Yankees have been playing on the edge of extinction since Sunday, traveled last night and are facing the imminent pressure of a bullpen that’s been overworked and put together with spit and glue, one that blew Saturday night’s game in extra innings.  And, of course, the looming spectre of Judge becoming a free agent.  Things could be quite different in the Bronx in a week.

But, at least for now, it’s deja vu all over again, as Yogi Berra used to say.  The Yankees have a chance to put a lid on this torment, and quiet some worries, by keeping up this recent momentum and making lots of Astros-haters–even Mets fans–happy by doing some eliminating themselves, rather than live vicariously through others.

And the survivor gets a Wild Card representative that, at least in the Yankees’ case, they’ve never lost a World Series to.