The Nets got a much-needed win at home last night, salvaging the second of back-to-back tests with the marginal Indiana Pacers with a  116-109 victory that saw Kyrie Irving score 28 points and compliment an outstanding effort by Kevin Durant that saw him pass Vince Carter on the all-time scoring list.

That should have been the most significant news to occur with an early-season NBA game with an underperforming team.  But, of course, with someone as “OMNIST” as Irving purports himself to be, this is hardly the case.  And, honestly, hasn’t been since Irving came to Brooklyn.

Irving is unquestionably talented, but his approach to the game saw him play his way out of both Cleveland and Boston previously, even before his non-basketball opinions became prominently known.  He is impassioned, certainly not stupid and unafraid to share his views, political correctness be damned.  And in sports, often the appetite for fans and, yes, executives supercedes things like personal beliefs.

We’ve been down this road before when Irving refused to acknowledge his vaccination status at a time when Brooklyn was in a particularly vulnerable mood.   As we know, Irving was not allowed at home for the first portion of last season, finally getting the OK when Eric Adams, a Brooklyn native and longtime Nets fan, and someone with a bit less fear of COVID than his predecessor Bill DeBlasio had, helped deliver a workaround that gave Irving, along with other New York City athletes (reportedly, at the time, including Aaron Judge) the chance to finally compete.  The playoffs were approaching, so at the time Irving’s views were dusted under the rug, not to return to the discussion until the Nets were swept out of the first full round of the playoffs and the lack of consistency his disruptive behavior caused was cited as a huge reason for this disappointing result. 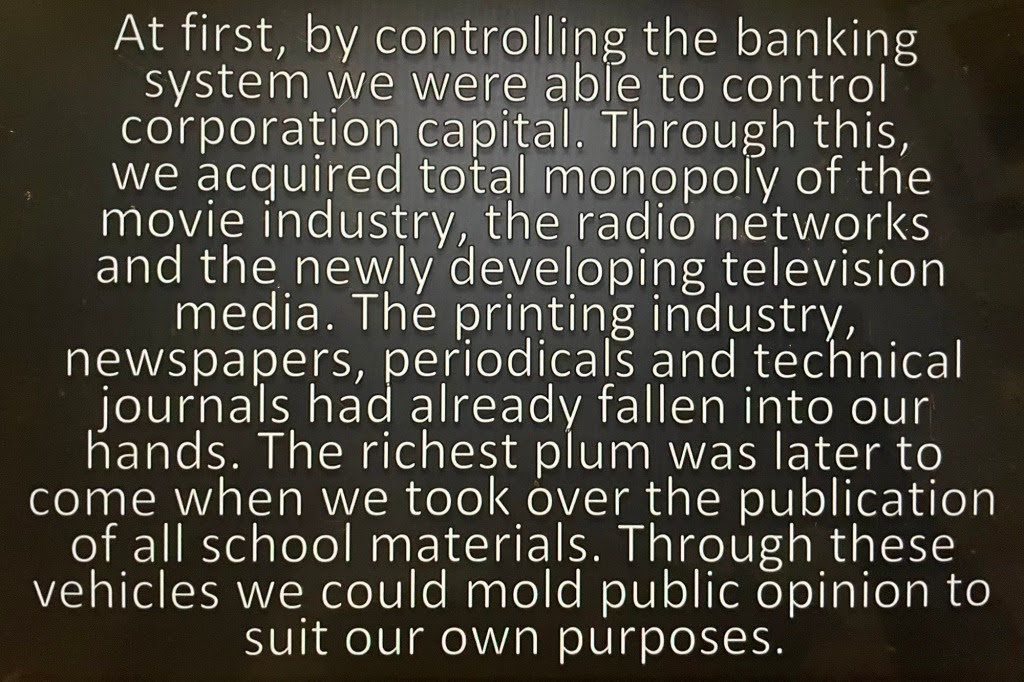 Now Irving chose to tweet out a link to a film he feels is worthy of your viewing, a three and a half-hour diatribe called HEBREWS AND NEGROES: WAKE UP BLACK AMERICA, right after the Nets lost the first of their two-game set against Indiana on Friday night to fall to 1-5.  Its cringeworthy title and the opinions espoused drew the ire of plenty of Brooklynites, celebrities, the Anti-Defamation League and Nets owner Joe Tsai.  While he eventually took the link down, it wasn’t before he spent a weekend creating another firestorm with his views.

As the New York Post’s Mark W. Sanchez wrote this morning in an typically thoughtful, objective column that martter-of-factly spelled out what the film alleged (so that you need not spend $50 on Amazon Prime to download it), the real problem lies not so much in what Irving chooses to believe, but in his inability to have a sense of timing or filtering.  Wrote Sanchez:

Irving, a player as talented as he is confounding, has not been punished, at least not yet. He fashions himself as a free thinker, but perhaps he is more provocateur or Irving boasts 17.5 million Instagram followers and another 4.6 million on Twitter. That is the audience who sees a recommendation for a movie pocked with antisemitismcontrarian. Is he antisemetic? That is a question the Nets should be asking themselves and asking Irving.

“I’m not going to stand down on anything I believe in,” the 30-year-old said Saturday. “I’m only going to get stronger because I’m not alone.”  He finished his statement and literally dropped the microphone with words that should be haunting: “I have a whole army around me.”

Perhaps, but the odds are many of them don’t live in Brooklyn.  According to the 2009 American Community Survey, one in three Brooklynites are Black.  According to Hadassah Magazine in 2018, about one in four are Jewish.  There’s more than a few that are both.

Perhaps if the Nets were 6-1 going into tonight’s homestand-ender on national TV with Chicago, these significant plurarlities might have been a bit more tolerant of Irving’s movie recommends.  Perhaps if there wasn’t a midterm election where antisemitic violence was being encouraged by many on a “newly free” Twitter platform, this would have been a lesser story.

But it’s not.  And Brooklyn sure isn’t the place for this mindset to take root.

The Nets wavered on giving Irving another shot over the summer, along with the toying of breaking up the entire team, and instead found a way to give Durant and Irving, not to mention Ben Simmons, a shot at being the BIg Three and the champions Tsai and his toady GM Sean Marks pray they still can become.  So far, calling it a train wreck woulkd be an understatement.

After tonight, the Nets will begin a seven-game stretch that will see six of those games played outside Barclay’s Center, including a West Coast stretch that is always a challenge for them.  There is an excellent chance that by Thanksgiving this season could be a lost cause.

A fan base that is as adamantly against his perceived right to have an opinion cannot be ignored.  Particularly when the on-court product is so disappointing.

Perhaps this is an opportunistic time for Irving to move on and take his talents–and his thoughts–to a more fertile location where a franchise and a mindset might be more welcoming.  There are numerous candidates.

How about Phoenix, where Chris Paul is aging and the state is likely to elect Keri Lake as governor?

How about Milwaukee, where he could team up with arguably the game’s best player in a state where Ron Johnson could actually be re-elected?

How about Philadelphia, where he could once again battle with James Harden and conceivably could perform on occasion for Senator Oz and Governor Mastriaino, at least when they play the Knicks (who we know he still roots for)??

How about Miami or Orlando, where Ron DeSantis might show up and hug him?

You get the idea.

Personally, I’d argue for Sioux Falls of the G-League.  Where he could dominate against lesser competition, and fit in even better with an environment that embraces Sturgis as well as the kind of minds that produced that film in the first place.  For my money, he deserves just about that much support for both his basketball ability and his sense of judgement.

But it’s not my money.  Ultimately, it’ll be Joe Tsai’s.  I sense where he’s leaning, but the fact that Irving is still going to be on the court tonight suggests he’s not exactly sure which way to lean.

I think the actual facts outweigh the perceived ones.

But, hey, let’s see how the road trip goes.