Very, very quietly, the NHL season has reached the quarter pole, and without question one of the surprise stories of the year to date has been the New Jersey Devils.  After a 7th place finish in the Metropolitan Division last season which followed three consecutive seasons in the cellar of wherever they were placed, the Devils today find themselves in first place in said division, and had rattled off a team-record 13 consecutive victories before being edged by the Toronto Maple Leafs on Wednesday night.

The Devils have not only been non-competitive in recent years, they’ve been practically an afterthought in an overcrowded New York metropolitan area sports landscape.  They’ve been the third best local franchise in the fourth (fifth?) most popular team sport for a while, and of late they have rarely filled even half the seats at “The Rock”, their home in downtown Newark.  The Devils relocated there from their more suburban digs at the Meadowlands in 2007 not far removed from an era where they won three Stanley Cups in eight seasons, propelled into both national and local relevance by one David Puddy.

Hard as it may be to believe, the Devils-Rangers rivalry actually drifted over to the realm of a world-famous sitcom, Seinfield.

As Tim Sullivan pointed out in his “Battle of the Hudson,” NBC and famed sitcom writer Larry David – “Curb Your Enthusiasm” – combined on the hit series to introduce a hockey theme.

It was called “The Face Painter,” the 109th episode of one of TV’s most famous comedies.

Directed by Andy Ackerman, this Seinfeld segment was about an ultra-passionate Devils fan who would paint his face before going to New Jersey games.

In the show, the fan’s name is David Puddy, the boyfriend of Elaine Benes. New Jersey native Patrick Warburton from Paterson was the real-live actor who played Puddy.

When the episode aired on May 11, 1995, Puddy had taken Benes to a Devils-Rangers game at Madison Square Garden.

Interviewed by Sullivan, Warburton, a veteran actor, explained that his Devils character was very special to him.

Warburton: “In the realm of half-hour television that I’ve done over two decades, it is clearly one of the most memorable, most rewarding episodes that I have ever done.

“It was just so much fun to be that fan, to be that character on the show. That was the second episode of Seinfeld that I had done, and after it, people recognized me as if I was a regular. The Devils and Rangers have been with me, I suppose, my entire career.”

Sullivan added: “The show ends at another Devils-Rangers game, for which, after Elaine said Puddy couldn’t paint his face anymore, he paints his chest instead.”

During that era, front-running New Yorkers groused about how difficult it was to get to the Meadowlands without a car, hence the Devils’ quest to find a more urban setting.  Truth is, the Devils are, now more than ever, a New JERSEY team, particularly after the Nets left for Brooklyn for a decade ago.  They’ve actually now in their 40th season as a metropolitan area team, so a generation of New Jersey natives like Warburton have grown up embracing this team, though they haven’t had much to cheer about of late.

This season, it’s a much different story.  As Austin Nivinson of CBS Sports.com described after the Devils broke their franchise record for consecutive wins with a home victory over Edmonton on Monday night, they are not only winning, they are doing so convincingly: 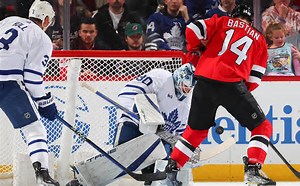 The Devils began this lengthy winning streak on Oct. 25 with a win over the Detroit Red Wings, and they have been the most dominant team in the NHL since. New Jersey has beaten 10 different teams with a combined record of 83-79-20. Throughout the life of their current winning streak, the Devils have controlled 58.82% of the expected goals at five-on-five, per Natural Stat Trick

Of course, they don’t blare horns and play songs for expected goals. When it comes to the actual goals that have been scored at five-on-five, the Devils have been even better. Since the start of their winning streak, New Jersey has scored 37 goals at five-on-five, which puts them at the top of the league in that category. At the other end, the Devils have given up just 13 five-on-five goals. That is tied for first with the Boston Bruins and Seattle Kraken.

When looking at individual players, one key to the success of this Devils team has been the development of their young stars.

So now that baseball is over and both the Giants and Jets, while competitive are starting to decline and the feel-good stories of the likes of St. Peter’s and Seton Hall’s basketball teams have yet to begin in earnest, New Jersey sports fans have taken notice of these new Devils and with a run like this, now so is the rest of the metropolitan area and indeed hockey fans all over.  Crowds are returning.  Even Rangers fans, whose own team is struggling after their encouraging run to the conference finals last spring, are taking notice.

They can begin a new streak later today against Buffalo, then will have division matchups with both Washington and the Rangers as more daunting matchups.  There’s still three-fourths of a long season, and a long winter, ahead.   But there might be a way to help the odds that this renaissance may last a little longer.

The Devils’ first Stanley Cup came several weeks after the Face Painter episode originally aired.  And save for the Yankees no other New York metropolitan area team has been as successful since. 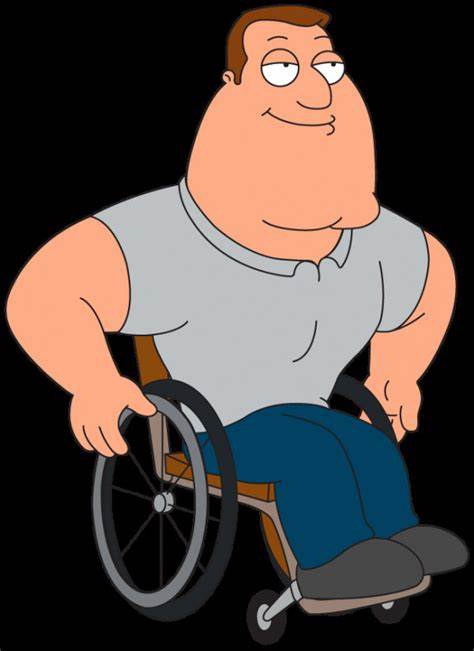 Warburton’s currently the voice of Joe Swanson on Family Guy.  There isn’t a show anywhere these days that offers better pop culture awareness and satire than the Macfarlane-verse.   Given the show’s setting, it’s likely his Drunken Clam drinking buddies are Bruins fans.

Maybe it’s time for Joe to bare his chest and show his true colors.   After all, they’re still the Devils.