The Summer Olympics of fifty years ago were held a little later than in previous years, and I had become an Olympics addict during the winter games in Sapporo when I was home sick for the entire duration and got my first subscription to Sports Illustrated (20 issues for $2.97, plus a free logo transistor radio).

It was also the year of my bar mitzvah (do the math, I’m not thrilled about that fact) and took particular pride in the early week efforts of a Jewish swimmer from northern California, Mark Spitz, who sported a pornstache and was on his way to what was then a record seven gold medals.

Through the now-revered reporting of ABC Sports, “recognized around the world as the leader in sports television”, the magnitude of this happening during the first Olympics held in Germany since the Berlin games of 1936, where the great Black track star Jesse Owens took multiple golds right before a stoic Adolf Hitler, the significance a Jewish athlete doing this was not lost on the likes of Jim McKay and Howard Cosell.  And since I was starting to plan my Bar Mitzvah speech, I paid close attention to the history lesson we were getting.

And then September 5th came around, what is historically known as The Munich Massacre.  As Wikipedia somberly recaps:

The Munich massacre was an attack during the 1972 Summer Olympics in Munich, West Germany, by eight members of the Palestinian terrorist group Black September, who infiltrated the Olympic Village, killed two members of the Israeli Olympic team, and took nine others hostage.Black September called the operation “Iqrit and Biram“, after two Palestinian Christian villages whose inhabitants were expelled by the Israel Defense Forces (IDF) during the 1948 Arab-Israeli War. The Black September commander was Luttif Afif, who was also their negotiator. West German neo-Nazis gave the group logistical assistance.

Shortly after the hostages were taken, Afif demanded the release of 234 Palestinian prisoners who were being held in Israeli jails, plus the West German-imprisoned founders of the Red Army Faction, Andreas Baader and Ulrike Meinhof. West German police ambushed the terrorists, and killed five of the eight Black September members, but the rescue attempt failed and all of the hostages were killed.

And overnight, during hours that were otherwise dark, ABC Sports became the source of breaking news as this horrific storyline unfolded.  Naturally, I couldn’t sleep a wink.  It was up to McKay, with the help of Cosell providing field reports, to tell the world the sad truth, as Wikipedia recounts: 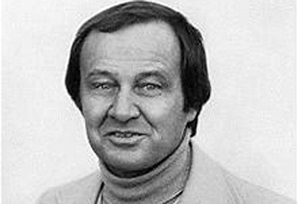 McKay, who was covering the Olympics that year for the American Broadcasting Company (ABC), had taken on the job of reporting the events as Roone Arledge fed them into his earpiece. At 3:24 am, McKay received the official confirmation:

“We just got the final word … you know, when I was a kid, my father used to say “Our greatest hopes and our worst fears are seldom realized.” Our worst fears have been realized tonight. They’ve now said that there were eleven hostages. Two were killed in their rooms yesterday morning, nine were killed at the airport tonight. They’re all gone.”

For ABC Sports, that tragedy became a watershed moment.  It established Roone Arledge’s capacity to lead journalists, eventually propelling him to head both ABC News and Sports simultaneously.  It won them Peabody Awards for their coverage.  And, as a Jewish boy about to become a man, it was a moment for me to be angry, hurt, and aware that anti-semitism was very much alive in this world, even at what was perceived to be a safer haven than Nazi Germany was.

My bar mitzvah speech, such as it was, dealt with this event, and how hurt I, and especially my Israeli-born Hebrew school teacher, felt when the IOC, under the tyrannic and myopic rule of Avery Brundage, decided to continue with the Games even after this tragedy.  Sure, the show must go on–but at what price?  But, as I learned from my passionate and pro-Zionist Haftorah instructor, the Israeli government, and Olympic team leader Shmuel Lalkin, actually endorsed Brundage’s decision.  Said my wise teacher:

“Jews have fought through persecution through history.  To retreat is to lose.  We strive to compete”.

When sports and real life coverage in this manner, it’s a grim reminder that sometimes even passions can’ be separated from reality.  We just savor the moments of escapism as long as we can, and then move back to the business of life.

I hope on this far quieter September day than we experienced a half-century ago, you’re getting the chance to do the same.