Out here in La-La Land, the basketball landscape was especially parched yesterday.  The Lakers were about to close their playoff-less home season with a completely meaningless game against an even worse opponent, the Oklahoma City Thunder, with Lebron so injured and frustrated even he wouldn’t seek a scoring title to show up for that one.  The college and high school seasons have ended.

So, naturally, all eyes were on the Penmar Recreational Center near the beach in Venice, California where the Junior Clippers were conducting their championship games for their age-specific teams.  I had a horse in this particular derby–Roomie’s son was playing the 12-13 year old bracket title game.

Amidst a bi-partisan (half rooting for the white-clad team and half rooting for those in black jerseys) and bi-political (by my count, about half the fans wore masks inside a park gymnasium with fans and open doors on a 90 degree evening) crowd that exceeded the count of many of my college’s home games in my day, the teams showed heart, effort, tenacious defense and genuinely tried to score points in the first half.  25 were scored between the two teams, with Black clinging to a 13-12 lead at halftime.   Roomie-Son went 1-2 from the free throw line, so he was in the scorebook at the half with 8% of his team’s output.  In other words, similar to recent stats from Russell Westbrook.

Roomie and I were fortunate enough to sit next to the proud parents of White (and Roomie-son)’s coach, who gave us a scouting report on the players and some background into what we saw unfolding (like explaining why it’s a running clock in youth league games).  I joked that I should bet the under for the second half.  Coach’s Papa sternly reminded me that gambling on kids’ games wouldn’t be cool, but if it were I should rethink that fantasy prop bet.

After trading baskets for most of the first half of the second stanza, Black got a decent three and some timely baskets from their supposedly best player, Black pulled out to a 28-23 lead with roughly five minutes to go.  I was almost ready to declare that this one was in the refrigerator.  Coach’s Papa chided “Let the kids play.  It’s two baskets”.

And then White’s best player, a long-haired ballhawk named Austin (fill in last name?), took charge, pumping in basket after basket.  Another player drilled a three.  Roomie-son doubled his output with another free throw. 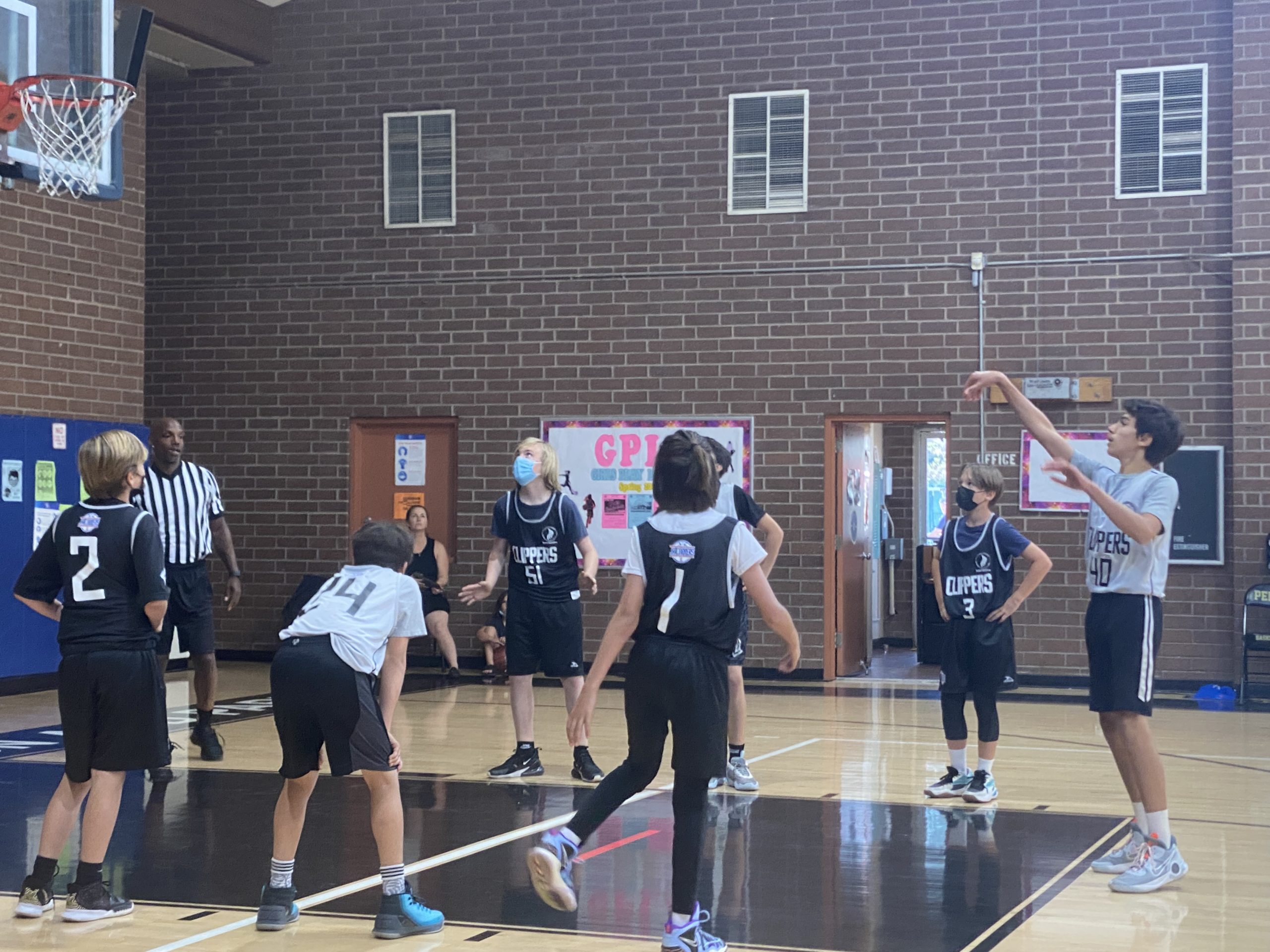 And with less than 10 seconds left, Austin garnered a rebound and followed up with a layup, giving White the lead for the first time since early in the game.  When Black’s last shot attempt went awry, White emerged with a 34-32 victory, and the 2022 championship in their age bracket.

Strangers high-fived and hugged.  The kids were exuberant.  Safely outside, most of the parents and kids ditched their masks and chowed down on pizza and donuts while celebration ribbons and plaques were awarded.  And as you can see, certain parents were prouder than others.

A very wise man with an incredibly beautiful and wise daughter has said “If you want to see some genuinely exciting basketball, go see a kids’ game”.  Well, the Junior Clippers provided that.  The Senior Clippers may not play another home game this year and their season could be ended by a week from now.  These kids may never even make their high school teams, let alone the NBA.  The star of the Black team, acknowledged as the top player in their league overall, was proudly talking about going to a summer basketball camp.  As the referee who played some college ball and grew up in a more–ahem–diverse neighborhood reminded, “the game gets a lot tougher when you bring in the kids from the hood”. 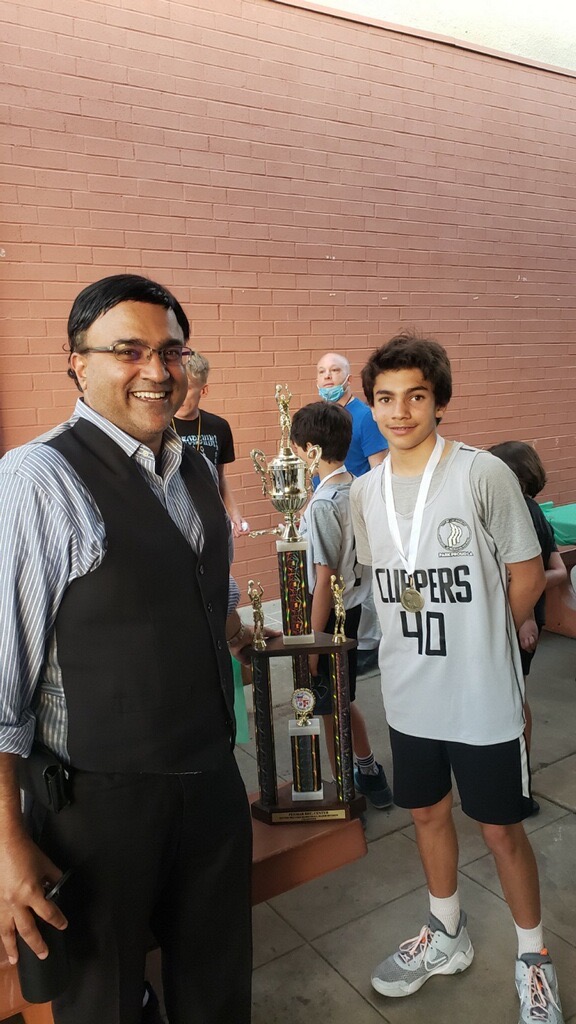 So who knows how far these dreams will go?  The coach was a 21-year vet of this league, having starting playing when he was 5.  I learned he did play some high school ball and that this was his labor of love, helping a new generation of kids learn the game and enjoy some healthy, in-person connection.  For a generation of kids who arguably spend way too much time on headphones playing online games, those words and wishes are especially appreciated.  His efforts and success are saluted.  And so should those of both the winners and the losers–and all of their parents, regardless of their differences.  They may not have much to cheer about these days.  But they’ll always have Penmar 2022.