Like many more casual sports fans, I first fell in love with women’s soccer when the United States team won the 1999 World Cup on our home soil, sowing the seed that the 1994 Cup hosting planted by going all the way in an admittedly less developed world field.  When Brandi Chastain stripped off her jersey in celebration just like any male player would, only revealing a far more attractive torso (at least to me), I was hooked both as a fan and as a man. 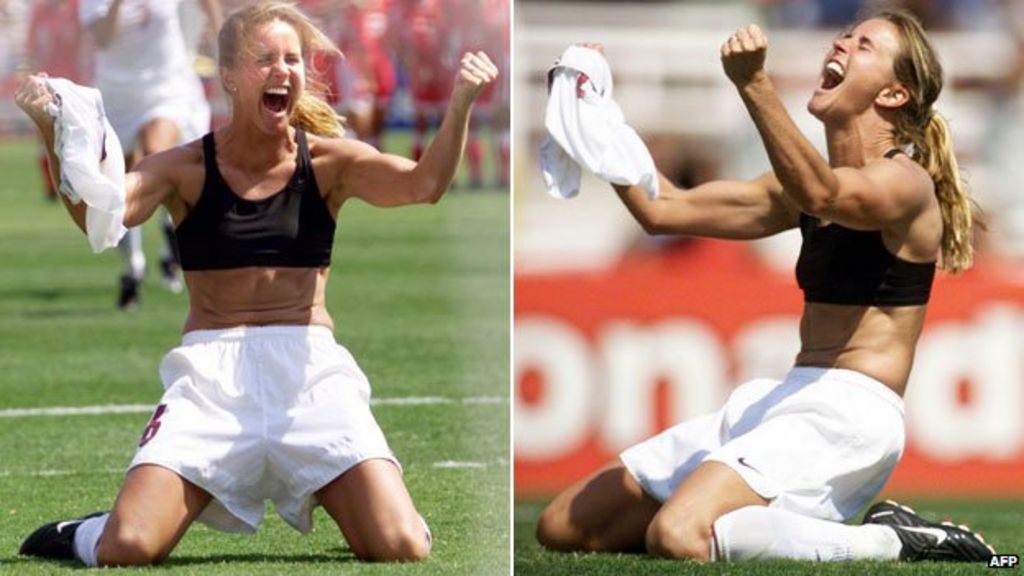 Off that success as well as subsequent ones, there have been several attempts to launch professional women’s leagues in the U.S. There was the WUSA, born 2001, died 2003, and then the WPS, born 2007, died 2012.  Both leagues failed despite the World Cup success story, largely because of their inability to gain access t0 major league venues and larger cities, let alone significant TV coverage,

In 2013 the current league, the National Women’s Soccer League, was birthed.  There was some modest success in soccer hotbeds like the Pacific Northwest, where teams in both Portland and Seattle thrived, and in Washington, D.C.  When the Western New York Flash relocated to another strong women’s soccer area in North Carolina in 2017 the Courage (gotta love that nickname) quickly became the league’s premier franchise, winning two consecutive titles in a market (suburban Charlotte) where even Major League Soccer had yet to penetrate.  The NWSL did become the longest lasting women’s pro league yet, and stronger ownership in other markets including New York/New Jersey helped its growth curve. 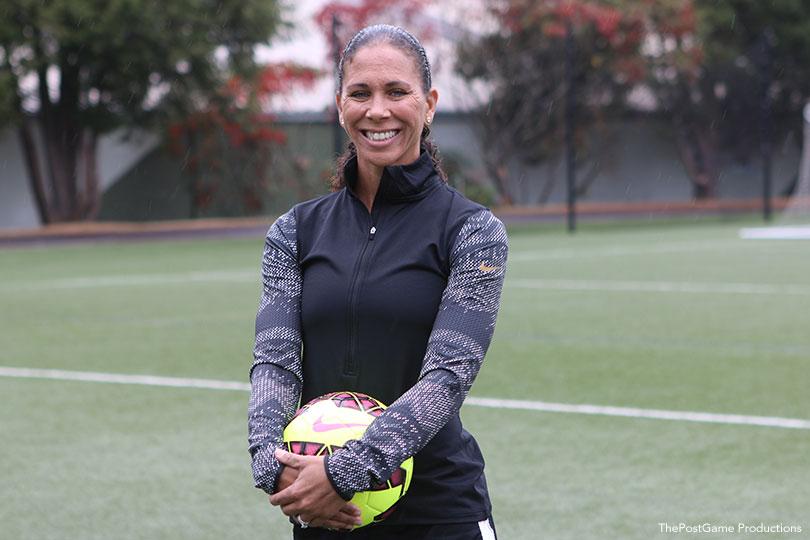 The pandemic, of course, derailed the 2020 season, and further expansion was planned.  The West Coast would finally get representation, with encouraging groups backing teams in San Diego (yet another historically strong soccer market without an MLS team) and in Los Angeles.  No less than Mia Hamm and Shannon Boxx, among other former World Cup stars, were among the investors in the Los Angeles franchise, optimistically named Angel City FC.  I’ve met Boxx, an upstate New York native who has been active in supporting a Lupus charity I had been involved in and found her to be as sincere as she is talented. So I was looking forward to last night, when Angel City finally took the field at the Banc of America Stadium they share with LAFC in their regular season home opener.  Actresses Natalie Portman and Jessica Chastain are also among the team’s owners, and last night’s opener had as much star power as a Hollywood awards ceremony that would otherwise be held at the nearby Shrine Auditorium

At the same time, challenges continued in other cities, particularly in North Carolina, where the Courage were rocked late last year with the revelation that its championship coach, Paul Riley, had sexually coerced many of his former players.  On the heels of earlier reports of management improprieties in Washington, not to mention the 2020 season’s cancellation due to the pandemic, the league’s long-term viability was once again in question.  So it was especially poignant that the Courage were chosen as Angel City’s opening night opponent.

Before a sellout crowd, Angel City scored two quick goals to take an early lead, and then held off a Courage comeback to emerge with a 2-1 win on their de facto opening night.  They had managed a previous win in the finale of the six-game Challenge Cup series that served as a season appetizer, a 1-0 conquest of Portland, but that was on the field of Fullerton State University before a sparse Sunday afternoon crowd, and the league technically considered that an exhibition.   This one had the crowd, the stars, the venue, the accreditation  and even a national television audience.  OK, it was CBS Sports Network, but at least it can be seen everywhere, especially on Paramount+.  With that service’s appetite for live content, not to mention its soccer-supportive competition at Peacock and with the new HBO Max ownership from Discovery who own many such rights in Europe, the potential for increased rights fees and global exposure is strong, and bullishness can be even more enthusiastically inferred with a strong franchise in Los Angeles.

Last night was one night, and it will be intriguing to see how the summer unfolds with competition from two strong baseball teams, two popular men’s soccer teams and even the WNBA Sparks who overlap in appeal with a significant portion of their core fan base.   But for one night, angels ruled, women celebrated and were celebrated, and they definitely turned the world on with their smiles.