They Come From A Land Down Under

The Australian Open began its fortnight last night with a full slate of matches and, for the first time in three years, the permission to fill the stands with as many sun worshippers and tennis enthusiasts from all over the globe that they can squeeze in.  Considering that the 2020 tournament, held just before the pandemic took hold of the world, set an all-time attendance record for the nearly century-old kickoff to the Grand Slam, that news isn’t taken lightly.

And this year’s tournament is the first of a new eight-year, exclusive deal with ESPN and its family of networks and platforms, providing “first ball to last ball” coverage of every single match–men’s, women’s, sinhgles, doubles, boys, girls, wheelchair–you name it.  Even last week’s qualifying matches dominated the home page of WatchESPN.com, one of my bookmarked landing pages.  The AO logo dominates, particularly at night.  Because, just as the seasonality is inverted where now winter is summer, as Shakespeare once wrote, day is night and night is day.  And ESPN knows exactly what the value is of providing live content no matter what hour of the day it is.  Particularly from Australia. 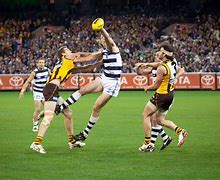 When ESPN first launched in the early 80s, they lauded the availability of sports 24/7, but had difficulty obtaining rights to many of the U.S. events that we were most familiar with.  But with the advent of satellite technology and very willing international outlets looking to showcase their content in the U.S., early on they stumbled upon the weekly AFL Game of the Week telecasts.  The Australian Football League, or “footy”, as it’s known, was an almost prehistoric-looking cousin to American football and rugby, and with rugged, good-looking men running up and down an oval field in soccer-like shorts and minimal pads, it was both unique and compelling.  And, most of all, it was live content in the middle of the night when almost nothing else was on.  Ratings, such as they were, were relatively impressive, and those that did watch developed an almost cult-like devotion to the sport.

So when the chance to obtain rights to telecast Grand Slam tennis from Australia arose from the same sources that provided AFL rights, ESPN jumped at the chance.  Initially it was limited to overnight hours, and the day’s most promiment matches.  3 AM Eastern is prime time in Melbourne.  But as the ability to offer multiple channels grew, and interest in tennis grew with the success of Sampras, the Williamses, Roger and Rafael, and so many others, even the earlier matches became desirable.  And, wouldn’t you know, mornings in Melbourne are prime time in the States.

So now ESPN takes full advantage of this to provide more than 175 hours of live coverage over two weeks, starting with prime real estate on what is now a holiday weekend in the U.S. that corresponds with the Australia Day celebration that mirrors the windowing of Wimbledon over July 4th and the U.S. Open in Flushing Meadow over Labor Day weekend.

It’s a mutually opportunistic windowing this year.  ESPN2 needs content; there are only so many truly compelling college basketball games worthy of rebroadcasting.  And the beauty of live tennis that originates in overnight hours is that it’s eminently repeatable in daylight hours, and since they sell cumulative audience, it in effect gives the coverage two full runs per day to aggregate linear viewership, not to mention the online viewership that ESPN+ coverage of the multiple courts allows. 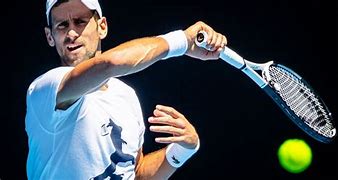 And tennis needs to grow familarity and loyalty with up and comers, as well as cover the storylines of those remaining familiar faces.  Perhaps the most prominent and controversial is #1 men’s tennis player Novak Djokovic, who last year was denied the chance to compete in Australia due to his unvaccinated status.  He’s still a lightning rod for many, but as we’ve seen the retirements of Roger Federer and Serena Williams (until further notice, we have to consider her absence a retirement) since then, he’s more needed than ever.

I mean, would anyone but the most ardent tennis fans recognize the #1 women’s player?  Or even spell Iga Swiatek’s name without Googling it?

Djokovic’s return, and the night light-esque ubiquitous availability of live content, will allow some of these faces to become more familiar, and their storylines unfold in advance of the more familair tournaments ahead later in the year in France, England and New York.

So far so good. Rafael Nadal is back, still seeking his record 23rd Grand Slam victory, and he survived the disapperance of his favorite racquet to win his opening round match.  And as Liz Roscher of Yahoo! Sports recounte, it was a pretty good day for Americans to cheer as well:

It was a great start for the Americans. Of the 15 who played on Monday, 10 won their matches and will be moving on to Round 2, including Frances Tiafoe, Jessica Pegula, and Coco Gauff.

You may not recognize most of those faces yet, either,  But perhaps by the end of the fortnight you will.

And then, you’ll probably be watching a lot more tennis.  Regardless of the time of day or channel.