My first full-time job was delivering packages around New York City, using public transportation to schlep envelopes and, more frequently, two-inch tapes between TV studios and post-production offices.  One of my company’s bigger clients was NBC, which I always thought concentrated their New York production exclusively around 30 Rockefeller Center in Manhattan.  Turns out that for many years, dating back to the 1950s, they had a facility in Brooklyn as well, which I had previously not known about since at the time no shows with a live studio audience were shooting there.  But it was the home of a long-running daytime soap opera, ANOTHER WORLD, and I would often have two to three hours of my day eaten up by a round trip between midtown and Midwood (Brooklyn).  With minimal security, I’d take advantage of my presence to occasionally sneak backstage and tour the sets and gawk at the actors and actresses running lines. 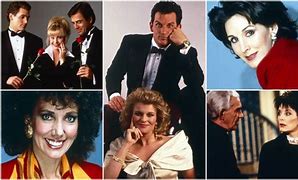 ANOTHER WORLD was cancelled in 1999, and soon after that NBC sold the studio, ending the production of TV soap operas in the borough.  But this week, the borough’s basketball team has more than filled the void.

The team has performed miserably at the start of this young NBA season, losing six of their first eight, including a 108-99 loss to the Chicago Bulls last night that served as a send-off for an upcoming road trip.  They underachieved this time under interim coach Jacque Vaughn after Steve Nash predictably was fired the day before, particularly as it had been well documented through a tumultuous summer that he was hardly the first choice of stars Kevin Durant and Kyrie Irving, among others.  And, of course, Irving’s choice to tweet his recent movie viewing over the weekend was well documented in this space yesterday, and has all but made him a pariah in the eyes of an increasingly disgruntled fan base and its ownership.

Now add to this the reports that the reported choice to replace Nash is none other than former assistant Ime Udoka, who most recently was unceremoniously suspended by his current employer, the Boston Celtics, earlier this summer.  But as the Celtics’ home network NBC Sports Boston reported on their website yesterday with a flurry of stories, the circumstances surrounding Udoka are allowing negotiations to move swiftly:

Udoka is serving a season-long suspension in Boston for violations of team policies. He’s still technically under contract with the Celtics, so it’s unclear whether Boston would get compensation from the Nets in return. ESPN’s Adrian Wojnarowski reported Udoka’s hiring in Brooklyn could be finalized “as soon as the next 24-to-48 hours.”

UPDATE (3:20 p.m.) The Celtics will not seek compensation from the Nets and will allow Udoka to move on from the team, TNT’s Chris Haynes reports.

Prior to his success in Boston last season, where he lead the C’s to within two wins of the NBA title while winning 51 regular season games and the Eastern Conference title, Idoka was Nash’s assistant in Brooklyn in 2020-21.  So he’s worked with Durant and Irving before.  On paper, that’s a strong argument for his qualifications to attempt to save this rapidly sinking season.

Except…as we’ve also discussed previously, the “violations of team policies” in Boston involved his alleged inappropriate relations with a female Celtics associate, despite his long-term commitment to a public figure (actress Nia Long).  Nothing, of course, has been actually proven, and Udoka hasn’t commented publicly since his September suspension.

And, at this point, the Nets aren’t actually confirming the reports from ESPN and TNT.  Per Justin Grasso of  the All 76ers website, at a press conference before Tuesday night’s game Nets general manager Sean Marks reportedly had the following exchange:

“There are multiple media reports that you’ve already determined who your next head coach is, have you?” Asked one reporter at Marks’ press conference.

“No,” responded Marks. “Absolutely not… No.”

Without an agreement in place, it comes as no surprise Marks didn’t hint that the Nets have found their next candidate. While all signs point toward a Nets-Udoka reunion, no deal is finalized at this time.

If Udoka is indeed named as coach it will be inevitable that he will be asked to comment on the circumstances that lead to his availability.  There are only two possibilties:  provide details, and endure the court of public opinion for as long as that trial by tweeting lasts, or say nothing, and provide additional oil for the Nets’ already raging dumpster fire.

And if indeed Udoka is being selected because he has the potential to rein Irving in, and passify Durant, he will inevitably be further expected to find a way to make Kyrie more accountable for his actions.  Judging by what has already gone done, would YOU want to take odds on that happening?

Last night, being shielded from the press by the Nets so that he could “simmer down”, Irving’s on-court play was as destructive as his off-court actions.  He failed to score a single point until the fourth quarter, scoring only four even then, and the Nets blew a double-digit lead, emblematic of the fact they rank second-to-last in defense so far this season.  Ben Simmons, the newcomer that does not have a history with Udoka but has an awful lot of his own baggage, sat out with “knee soreness’ for the second straight night.  Without Simmons’ expected defensive abilities, the Nets were powerless to stop the Bulls’ comeback.

So, yeah, this is a soap opera as juicy, layered and noisy as anything that ANOTHER WORLD offered up to Brooklyn back in the day.

That one lasted 35 years before it was cancelled.  This one won’t make it that far.  Indeed, at this rate there’s as good a chance that Irving may be heading out of Brooklyn even before Udoka unpacks.

Which then begs the question:  Would Udoka be the best choice for this franchise under circumstances where his relationships and respect would even matter versus his characte?  Especially to a fan base that’s making it crystal clear they care as much about what someone does in his private life?

Sure, a nice winning streak would likely shut many up.  But what are the chances that’s gonna be a reality any time soon?

For now, we can’t help watch.  And yes, this is the second straight day this space has been devoted to the Brooklyn Nets.

But I can assure you…if this goes the way most fear, by New Year’s the chances of that reoccuring are right up there with NBC ordering another soap opera.