The Year Of The Cat?

Perhaps the sixth most popular team in South Florida these days, counting the U, may be the NHL Florida Panthers.  While their winter sport counterpart Heat play in a gleaming arena recently renamed for a crypto company on the shores of Biscayne Bay in multicultural Dade County, the Panthers toil in relative obscurity in a bandbox arena that started out named for a rental car company and is now cryptically called the FLA Live Arena, a bit more inland near the strip malls of Sunrise in Broward County,

While the Heat clearly have the leadership and legacy DNA and the celebrity/super hottie fan base of the Lakers, the Panthers have little in common with the Kings, or even the New York Rangers.  If anything, they have roots with the legacy of the New York Islanders.  Indeed, the architect of the Islanders’ championship seasons of the 80s, Bill Torrey, was the Panthers’ first general manager.  Denis Potvin, one of that team’s stars, was a Panthers broadcaster.  And in their first season, they managed more points than any previous NHL expansion team, a record that stood for nearly a quarter-century.

For their first few seasons, the Panthers shared the Miami Arena with the Heat, who at the time were only a few seasons removed from their own creation.  But then their fortunes diverged along with their locations and fan bases. The Heat’s fans include rappers, a significant Cuban-American base and girls of South Beach.  The Panthers’ sparser crowds are primarily families with kids, many of whom knew the tragic victims of the Douglas High School shooting in Parkland,  The Heat got Lebron James, Shaquille O’ Neal, Dwayne Wade and Chris Bosh and won several titles.  The Panthers did make the Stanley Cup Finals in 1996, but haven’t won a single playoff series since.

This year it has been a much different story.  The Panthers finished the just-completed 2021-22 season with the most points in the 30-team league and top seed in the Stanley Cup Playoffs that begin tonight.  In Jonathan Huberdeau, they have a top five scorer and a legitimate Hart Trophy (MVP) candidate.  But if you showed Huberdeau’s picture on Lincoln Road, you’d likely have more people mistake him for a valet. 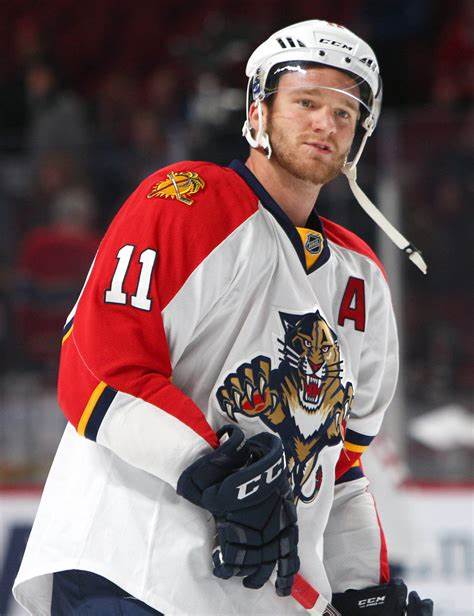 The Heat are also their conference’s top seed, and tonight will command center stage as they open their second round series against the struggling and injury-riddled Philadelphia 76ers at the aforementioned FTX Arena.  The Sixers are missing their team leader and their own MVP candidate Joel Embiid for at least the series’ first two games after he suffered an eye injury in the waning moments of a blowout win in Toronto against a scrappy and frustrated Raptors squad that extended them to six games.  But their road to their first title in nearly a decade is still daunting, especially with defending champion Milwaukee (and the team that eliminated them in last year’s first round) still possibly standing in their way, and the Bucks’ convincing road win in Boston in their second round opener yesterday over a Celtics team still sky-high and rested after their sweep of the Brooklyn Nets served notice that they will be a force to be reckoned with if both teams survive to the Eastern Conference finals.

Tomorrow night the Panthers open their quest against the Washington Capitals, who although an 8 seed still have a leader who will soon be the sport’s all-time goal scorer in Alexander Ovechkin, and managed over 100 points of their own–the first time a conference’s lowest seed got to triple digits in points in NHL history.  Among their possible future obstacles could be Sidney Crosby and Pittsburgh, the two-time defending Stanley Cup champion and their in-state rival Tampa Bay Lightning, and the Toronto Maple Leafs, who are led by Huberdeau’s chief rival for the Smythe Trophy, Auston Matthews, who became the most popular and successful American-born athlete in Toronto not affiliated with the Raptors or Blue Jays.

But this Panthers team is talented and determined.  Their play this year has been reminiscent of the glory days of their spiritual ancestors, the Islanders, who won four Stanley Cups in a row during their 80s run and were rewarded with parades on Hempstead Turnpike. 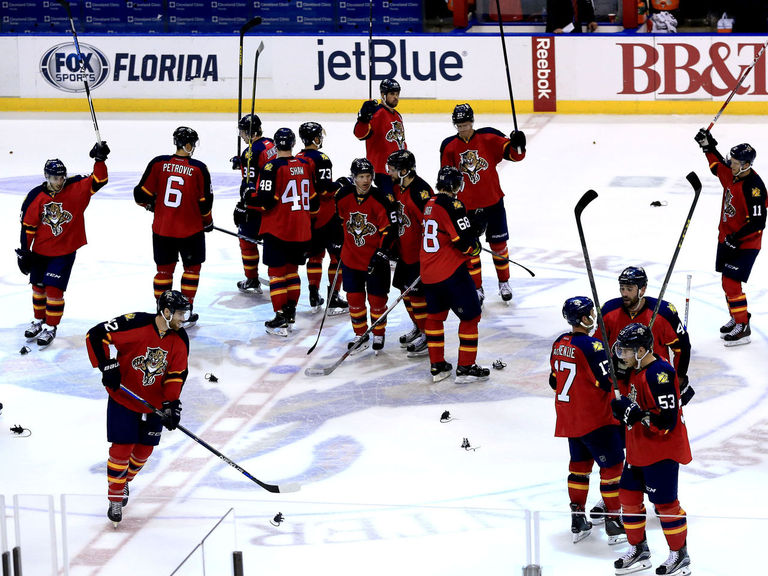 There’s a better than even chance that a Panthers Stanley Cup celebration will at least make Sunrise Avenue on the Fort Lauderdale strip.  Maybe they’ll even make it down to South Beach.  The extended NHL season due to the aborted Beijing Olympic scheduling assures the Cup chase will likely not end until around the Fourth of July, a couple of weeks after the NBA finals are scheduled to end.  There could indeed be two championship parades in South Florida this summer.  And given the bandwagon nature of the region’s sports fans, it’s very possible that the Heat and many of their fans will jump on said bandwagon if the Panthers do advance.

I know their longer-time fans who lead more mundane existences will want to cheer the loudest if their nearly 30-year drought ends with a Cup.  I’m glad I got on the bandwagon myself earlier and looked to convert all species as their season unfolded.  Their fans may not be the hottest looking ones in Speedos and slingshot bikinis.  But as you saw at the top of this piece, some of them are really darn cute.