The World Races To Oregon. At Long Last!

Eugene, Oregon has been synonymous with the sport of track and field sine the early 1970s, when the legendary Steve Prefontaine first brought prominence to the area as a competitive runner from the Oregon Track Club who gained fleeting fame as a member of the 1972 U.S. Olympic track team, and a more enduring legacy after his tragic death at age 24 three years later.

When the massive success and alma mater loyalty of Phil Knight 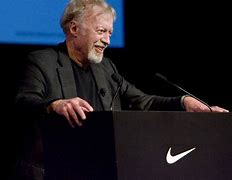 and Nike was added decades later, Eugene and the University of Oregon laid claim to the monicker “Tracktown, U.S.A.” and has served as the host city of the U.S. Track and Field Championships for many years.  Now, for the first time, in a newly renovated Hayward Stadium, the World Track and Field Championships will take place, beginning today and continuing through July 25.

It will be a chance for redemption in several areas, including the men’s 100 meters, where former champion Christian Coleman is returning to world-class competition after sitting out the Tokyo Olympics with “whereabouts failures”–part of an 18-month suspension for missing drug tests thjough never testing positive. 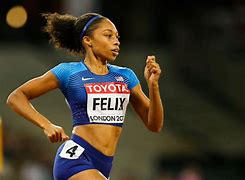 It will be a chance to bid farwell to Allyson Felix, arguably the most auspiced female runner of recent memory, who will end her stellar career next month and compete at this level in Oregon for the last time this week, seeking to add to her current 18 medals in international competition.

And most of all, it will reinforce NBC Sports’ pivot away from branded sports cable channels and provide more live sports for Peacock and USA Network (as well as CNBC and NBC) at a time where they have just turned 2 but are clearly lagging behind their more aggressive direct competitors in the entertainment areas.  Coupled with the British Open and the Tour de France, these championships provide important beachheads for them to have to maintain competitive balance in an increasingly bitter battle for eyeballs and dollars.

Track and field is actually a tremendous growth opportunity for a globally attractive tour or league.  Its popularity is significant in the U.S. and in certain regions of the world exponentially more so, particularly Europe and Africa.  Establishing names and legacies in competitions such as this have grown the sustaining popularity of soccer and women’s sports.  The potential rights fees and sponsorship opportunities for a professional successor to the amateur tours that dominated the sport in Prefontaine’s time is a natural outgrowth to continue whatever momentum these championships might provide.  And let’s not forget that wagering is certainly another areathat coudl be integrated.  If you can bet on four-legged mammals who race, you can certainly bet on two-legged iones.

The race to those sustaining rights might actually prove to be as interesting as the races in Eugene themselves.  No doubt the sunsets will be beautiful.  What happens before and after will likely be compelling as well.