I admit I am unabashedly old school in many ways, and I make no apologies for it.  I have the perspective of a simpler time from my childhood, one where the only guns my school was worried about seeing were filled with bbs or water.

So when I think of a summer pasttime, my first thought will always be baseball.  But as a passionate observer and interpreter of larger trends, I’m quite aware that among younger generations and those that like them baseball is seen as a PAST TIME, not a pasttime.  For many of them, basketball is THEIR summer game.

It’s during this particular fortnight, between the Fourth of July weekend and the start of football training camp, that the NBA has concentrated their efforts this year.  For the first time since 2019, there’s no extended post-season to interfere with this ritual. 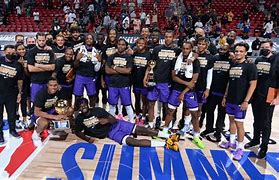 The cornerstone of this year’s effort is NBA2K23, a ten-day, two-arena event in Las Vegas that this year will involve every NBA team.  Seven to nine games will be played daily, with weeknights going from 5 pm to 2 am Eastern; weekends will start a few hours earlier.  Games will be spread out among NBA TV and the ESPN family, with a different game beginning at the top of each hour, thereby assuring there will always be a competitive game to serve as background noise.

The appetite has grown so great that this year several teams are participating in smaller, pre-Las Vegas tournaments.  The first of them, a four-team round-robin being conducted in San Francisco, concludes today with the Warriors, Kings, Lakers and the Heat (where are the Clippers?) squaring off.   Beginning tonight, the Utah Jazz will host the Grizzlies Thunder and 76ers in a similar triad of doubleheaders.

The attractions are both the recent draft choices and those undrafted seeking a chance to be seen.  The in-arena crowds are typically sparse but often include the superstars and those who have recently signed free agent deals.  One suspects every game involving the Brooklyn Nets will draw a curious crowd, particularly keeping vigil for a Kevin Durant sighting, 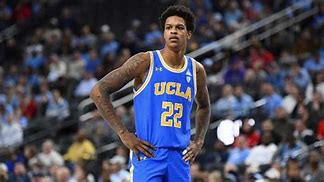 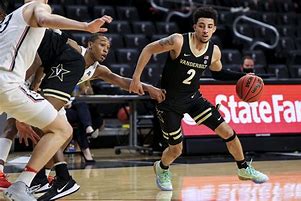 and Shareef O’Neal.  The champion Warriors are hoping to showcase many of their younger up-and-comers who reportedly may yet wind up in Brooklyn if rumors about Durant’s return prove to be true.   One of then, Gui Santos, dropped 23 for the Warriors in the first game of the California Classic on Saturday night, making him yet another possible pawn in the Durant chess game.

The roots of this festival are spartan.  For decades summer basketball was literally a playground-based event.  The Rucker League featured aspiring pros from the urban centers of New York City and nearby cities competing on asphalt at a public park in Harlem.  When New York’s WNET took cameras to the venue during the 70s and televised games literally being shot through a wire fence, it provided an intimate look at aspiring pros.  With league expansion and the early success of the ABA some of their players actually made it to the pros. (There’s still a Rucker League, but it’s much less significant these days in light of these league-supported efforts). 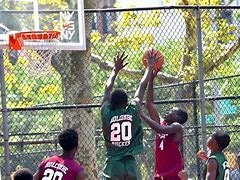 Over time, the leagues migrated West.  For years, Long Beach State’s Pyramid hosted games, but the lure of Las Vegas, particularly with the addition of arenas like the Cox Arena at the Orleans Hotel where half of this year’ schedule will be contested, was too great.  And sadly, many who come to these games actually bet them. These are recognizable team names and fresh off the draft many players’ names are also top of mind.

But make no mistake.  At best, these are G-League level competitions; indeed, many who play in these games will make up those rosters.  If you wouldn’t bet those games, you should never think of following suit here.  I recently saw someone on Tik Tok throw hundreds on dollars on her bed in disgust at the aloof gentleman who she supposedly bet the outcome of a game on.  This person’s a rabid Heat fan and they were playing Sacramento, a far weaker team in reality.  But, silly girl, this is July.   I sure hope the gentleman provided you something else besides a chance to exploit your naivety.

Enjoy the action.  But save your money.  The regular season’s less than three months away.