The Steinbrenner Family Makes A 360

For half a century, the words Yankees and Steinbrenner have been synonymous.  When patriach George, a Cleveland shipping magnate whose only previous pro sports experience was a short-lived failed venture with the hometown Pipers of the American Basketball League, led a group that rescued the fabled franchise from the corporate largesse of CBS, it began a tumultuous but highly successful tenure that resulted in seven World’s Championships, ten pennants, and a billion-dollar incremental valuation.   Even as ill health forced George to cede technical control to his heirs in 2008, so long as George was breathing the Yankees and success were never far.  Only his 2010 death truly was the end of that era, and it was apropos that George departed this world never to know one where his Yankees were not World’s Champions.  It was left to his children, primarily sons Hal and Hank, to continue the family business.

But Hank sadly passed young in 2020, and now Hal Steinbrenner, still a young 53, stands alone as the top decision-maker, who has been defined as an astute businessman but the antithesis of his father when it comes to passion and emotion.  George invested heart and soul in the Yankees, and had clear favorites he was willing to approve overspending on to bring into the fold. 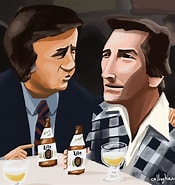 First, it was manager Billy Martin, the leader of the first two titles, and who was brought back on four subsequent occasions in a symbiotic attempt to resurrext the glory.  Only Martin’s tragic death on Christmas Eve 1989 ended that. Then, it was Derek Jeter.  Steinbrenner rewarded the heart and soul of the team that won four titles in five years, including three in a row from 1998-2000, with a long-term deal that, from a production standpoint, may not have been the best way to spend money but, when it came to having a face of a franchise steeped in tradition, was ultimately worth the investment.  For Jeter to get his 3000th hit and retire a Yankee who never wore another uniform was more than repaid in ticket, television and merchandising revenue.

Which brings us to the crossroads that Hal found himself at this week with Aaron Judge.  Fresh off a historic season where he appropriately broke an American League–and team–record for home runs in a single season that stood for 61 years with 62, Judge was a free agent.   Hal had only approved an initial offer of seven years and $213.5 million for a 31-year-old outfielder who had had some injury issues in prior seasons.  From a business standpoint, Hal had some logic behind him.  But as Judge’s chase heightened, the balance of the team around him weakened and it almost became his burden alone to carry them into the playoffs, the pressure to do something more like what Dad would have done mounted more.

And at this week’s Winter Meetings in San Diego, the pressure reached a crescendo.  The San Francisco Giants, the team Judge rooted for a boy growing up near Fresno, needed a spark after a disappointing .500 season.  They publicly floated an eight-year, $360 million offer that when Yankee fans went to sleep last night feared it would be impossible for the Yankees to top.

But then Hal reportedly did a 360 of his own.  Not just in millions of dollars.  But in emotion.

Hal added a ninth year to the deal but, more importantly, got directly involved in the negotiations.  He reportedly expressed his desire to see a World’s Championship of his own in his lifetime, which his brother did not.  And he expressed his desire to have Judge be the face of his franchise.  His Jeter, more so than his Martin. So Aaron Judge will be a Yankee through 2031.  How productive he will be on the field remains to be seen.  But he more than satisfied the worried emotions of Yankee fans who dreaded a late August date where the Giants will visit the Bronx and feared they’d see #99 in black and orange.   Instead, they’ll hopefully see more of the above, and for a long time to come at that.  Judge chose his present over his past in large part because he simply needed to hear from his Boss that he was loved.   Yankee fans are, for the most part, relieved.  Overjoyed will come with greater October and November success than they’ve seen so far,

Moreover, they’ll hopefully see Hal Steinbrenner finally being what his dad so often was.  Passionately cheering on a champion.  At least this week, he chose a path to getting to that point.

All rise.  And clap loudly.