In an era where pro sports all-star games have largely become irrelevant, this has been no truer than in football, where the Pro Bowl has for years the bastard child of events for a league that is otherwise the crown jewel of sports.

After a storied history as a season coda, first in Los Angeles and later, for nearly three decades in Hawaii, the Pro Bowl game became as undesirable a game to actually play in as the quest for acknowledgement that one could make the team.  During the 2010s the game shifted weeks (moving to the gap week between the conference championships and Super Bowl), tweaked the traditional AFC/NFC conference groupings with “choose up sides” drafts analogous to what had become popular in the NBA, and moved venues on several occasions, including the site of the Super Bowl game itself, where at least those voted to those teams who were playing for the Super Bowl participants could take a bow; once the game was moved to the week preceding their game those players’ participation in the Pro Bowl game became a moot point.

And, thanks to COVID concerns, in 2021 the game itself became moot.  Players were honored, bonuses for making the team were awarded, and life moved on.  This year, the game did return, for the first time in the spanking new Allegiant Stadium in Las Vegas, but it returned with arguably as much social distancing as the cancelled game’s participants exhibited the previous year.  Gone were kickoffs, replaced with “spot-and-choose” decisions to start each half.  So, too, was quite a bit of the running game.  More than three-fourths of the plays called were passing plays.  The leading rusher in either team, Cleveland’s Nick Chubb had 17 yards.  The stadium was reportedly full, but all evidence showed most were there to party, not watch what was effectively a flag football game.

So the news yesterday that the 2023 Pro Bowl and beyond are being “reimagined” was hardly a surprise.  As the Associated Press reported:

The new event will be renamed “The Pro Bowl Games” and will feature AFC and NFC players showcasing their football and non-football skills in challenges over several days.

The 2023 Games will be held in Las Vegas, and the flag football game at Allegiant Stadium is Sunday, Feb. 5. That is one week before the Super Bowl in Arizona. Peyton Manning and his Omaha Productions company will help shape programming and promote the event’s content throughout the week. Manning, a 14-time Pro Bowl pick during his Hall of Fame career, will provide his perspective and will also be a part of the coaching staff for flag game.

“The Pro Bowl is something that we’ve been looking at for a while, really continuing to evolve,” NFL executive Peter O’Reilly told The Associated Press. “Coming out of last year’s game, we really made the decision based on a lot of internal conversations, getting feedback from GMs and coaches, getting a lot of feedback from players. We think there’s a real opportunity to do something wholly different here and move away from the traditional tackle football game. We decided the goal is to celebrate 88 of the biggest stars in the NFL in a really positive, fun, yet competitive way.” 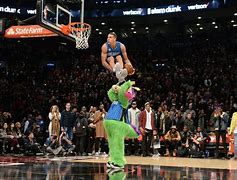 To be sure, actual all-star games in other sports have become afterthoughts as well.  The NHL and NBA games have evolved into largely defenseless exhibitions, and the MLB game attracts neither the passion nor exuberance of the Home Run Derby that’s held on the preceding night.  That’s still also true about NBA All-Star Weekend, though their skills competitions have lost some of their luster of earlier years because, let’s face it, how much more original dunk possibilities are there to invent that wouldn’t involve potential loss of limb or life? 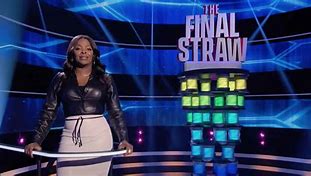 And Peyton’s an intriguing choice to bepart of this evolution.  Having him serve in a role that can perhaps have him appeal to football fans as he and brother Eli do on their Monday night Manningcast could be appealing.  But as a producer?  His most recent attempt, the game show THE FINAL STRAW, was a ratings disappointment, lost its initiial cushy time slot and doesn’t appear to be a candidate for renewal.

And if this attempt to save the gate–no to mention the still-appreciable TV ratings and merch potential–from the Pro Bowl week doesn’t work, it’s possible this effort from Omaha Productions will be the final straw in attempting to stage any sort of competition.  The NHL gets its stars to show up in Vegas in the heat of summer in tuxes just to get awards, and those all-star awards ceeremonies are better received than many of the games themselves are.   The NFL could conceivably do just that, as they did last year.  And they could likely get a more successful–and cheaper–awards producer to do it as welll as, or better, than any Manning could.

Flag football will be part of the 2028 Olympics, with the league’s sponsorship, so there is a long-term play in this decision as well.  I, for one, am lukewarm about it, and remember there’s rarely a competition our there I tend to reject.

We’ll see how fans respond to this effort to inject life and relevance into the Pro Bowl.  For me, it’s fourth and long at best.