The Once And Future Kings

We’re at roughly the halfway point of the NHL season, and with the weather atypically horrible in Southern California and weekday evenings finally back to football-less norms, last night was a rare chance to focus on the local teams.  Both the Kings and Ducks were at home, competing head-to-head on local TV, and both were reminders of how little their respective windows of opportunity for relevance are in a market where, as we’ve previously quoted the Kings’ founding owner Jack Kent Cooke’s early observation looking at a barely half-full Forum, “may contain hundreds of thousands of Canadian ex-pats, but they clearly left home because they despise hockey”. To be sure, each team has a strong and rabid season ticket base that assures roughly 15,000 per night in their respective homes, heavy on well-to-do families and inexplicably gorgeous women.  And last night, the 15,000-ish that showed up at Crypto.com Arena to see the Kings were a little louder, a lot prouder, and even a little better-looking than usual,  With a 4-3 win over the struggling San Jose Sharks, the Kings won their 10th in their last 13 games and vaulted into a tie for first place in the Pacific Division with the Vegas Golden Knights.  Fresh off a return to the post-season for the first time since 2018 last spring, the KIngs continue to make progress with a rapidly maturing core of emerging talent, notably eight Swedes, and veteran leaders such as Anze Kopitar, Drew Doughty and Jonathan Quick,  For all the obsession over first place potential elsewhere, it is the Kings, not either of their basketball-playing co-tenants, that are currently on top of their world.

Meanwhile, down in Anaheim, the Ducks are at the tail end of a record 10-game homestand, one that their optimistic management had looked to for a mid-season turnaround.   Experts had predicted some steps up for the Ducks in their 30th anniversary season, long removed from the “Mighty” adjective that original owner Disney had bestowed upon them, but with some emerging young talent of their own ready to take next steps.  But so far, that hasn’t happened.  The Ducks are dead last in the Pacific, and lost their sixth in the first nine games of that homestand 6-2 to Edmonton last night. 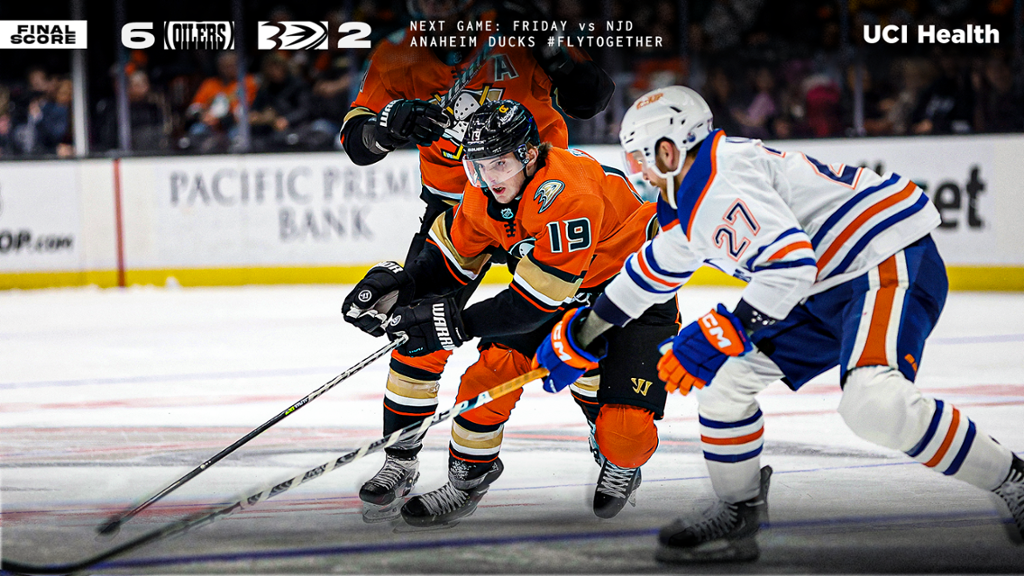 Many of the Ducks’ fans turned out to see Connor McDavid, the Oilers’ savior and current league scoring leader who is on a pace to eclipse 150 points, numbers not seen by someone wearing an Edmonton uniform since the days that a certain Great One wearing #99 played for the franchise.  But while it was likely frustrating for Ducks’ fans to witness this, there is some solace to be taken that as the losses mount their chances of their getting another young Connor, who will likely be the number one pick in the 2023 NHL draft, are improving.

Most true hockey fans know the name Connor Bedard, all of 17 years ago and toiling in relative obscurity in the Western Hockey League playing for the mediocre Regina Pats.  But over the holidays, at the revived World Junior Hockey Championships held in Moncton, New Brunswick, he put on a performance for the Canadian team that alerted the world that he is more than ready to assume the mantle of perhaps being the Next Great One.  Per Wikipedia:

In the team’s second group stage game against Team Germany, Bedard scored a hat trick and four primary assists, equaling a record held by four other players for most points for Canada in a single World Junior game. His three goals moved him to twelve at the World Junior championships, within two of Jordan Eberle‘s Canadian record.[46] The following day he scored two goals against Team Austria, tying the record.[47] Scoring the opening goal in the quarter-final match against Team Slovakia gave Bedard sole possession of the goalscoring record, simultaneously breaking Eric Lindros‘ 30-year-old Canadian record for most World Junior points. He also set a new world record for World Junior points by a player under the age of 19, previously held by Czech player Jaromír Jágr.[48][49] With the game tied 3–3 at the end of regulation, Bedard won the game in overtime after stickhandling through all three Slovak players and around goaltender Adam Gajan, a sequence hailed as an “indelible stamp” on the tournament.[50][51] He recorded nine goals and fourteen assists during the seven-game tournament, winning gold with Team Canada for the second consecutive year.[52] Bedard was named the championships’ best forward by the IIHF directorate, as well as to the media all-star team and as the most valuable player of the event.[53][54].

If you listen to Canadian-based sports media as often as I do, they are praying that Bedard somehow winds up with his hometown Vancouver Canucks, another struggling team, and potentially create a Connor-Connor rivalry in Western Canada that will revitalize the region.  The Chicago Black Hawks currently have two fewer points than do the Ducks, and they appear to be actively tanking the season in the hopes of landing Bedard to bring back the echoes of their glory days of Bobby Hull and Stan Mikita, not to mention their more recent success run with Jonathan Toews and Patrick Kane that appears to be at its end.  Columbus, the recent landing place for free agent Johnny Gaudreau when he left the Florida Panthers, is last in the Eastern Conference despite that acquisition.  Were Bedard to pair with him, that would likely immediately make the Blue Jackers respectable.

But Gary Bettman is a marketing-savvy commissioner who covets the NBA’s ability to sell players, and putting them in media-relevant markets makes that marketability (and the potential profits from it) potential that much stronger.  Having a talent like Bedard land in Southern California the way Gretzky did three decades ago would be far and away the most league-impactful move, and should Bedard live up to his expectations, over time it could make the Ducks a force to be reckoned with in the region.  While the current iteration of the team is underwhelming, they were the first franchise in the area to win a Stanley Cup, having done so in 2007 against the Ottawa Senators in what was one of the least-watched championship series of any sport ever covered on national U.S. broadcast television.

So while Kings fans can cheer for now, Ducks fans can cheer the long-term possibilities.  And were they both to rise to prominence, particularly as the windows on the Lakers and Clippers are closing, it could produce a regional rivalry that, frankly, this area needs.  Plenty of non-Canadians will respond to something like that.  Even if it is hockey.