She’s a Seattle Mariners fan, and barely old enough to have any memories of the last time they qualified for the post-season.  In 2001 the M’s won 116 games, breaking the All-Time American League record set only three years earlier by the Yankees, Ichiro Suzuki was the Rookie of the Year, a young stud named Rodriguez (Alex) was leading their charge, they won 15 games in a row at one point, and they were selling out their still-new stadium that had replaced the horrific Kingdome.   But they ran into a Yankees team that was emotionally charged by the recent events of 9/11 in the Championship Series, and lost in six games, denying them even a shot at a World Series the ’98 Yanks swept.  They didn’t make it then, and haven’t been close since.  In fact, the Mariners are the ONLY major league franchise yet to appear in a single World Series.

So with this backdrop of ignominy, we caught a rare break in an otherwise dreary April for a game against the defending American League champion Houston Astros, the first Sunday of the season, and we were advised to keep our eyes on a rookie who was returning to the starting lineup after a few games off to right some early season wrongs.  Once again, it was a young stud named Rodriguez, this one named Julio, that was hoping to inject life in a team, much like Alex did when the 1995 team first qualified for a post-season, winning their first post-season series with a thrilling extra-inning victory at home against those same Yankees.

Julio struggled that day, but he did get a hit and scored a run, and dazzled in the field.   The Mariners beat the Astros 7-2, which considering their histories with the Mets and Yankees I was quite happy about.  My friend was quite happy, my special friend was happy I made her happy, and we hoped the season ahead would be at least decent. 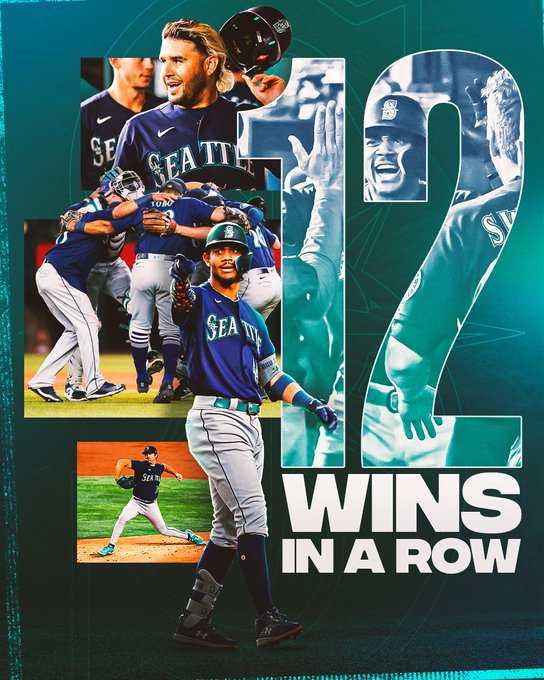 Well lately the M’s and J-Rod are exceeding their respective modest expectations, and last night in Texas they hit a new high with a resounding 8-3 win over the Rangers that currently place them second among the three Wild Cards.  It was their twelfth straight win, tops in the league this year, and their longest winning streak since 2001.   The win was cemented by J-Rod’s first-ever grand slam, the first such hit for the M’s in 2022, and has helped catapult him into national prominence as he was named to both the All-Star team and the Home Run Derby.  Indeed, he is the first Mariners’ rookie position player to be named an All-Star since Ichiro in 2001–and remember Ichiro was only technically a rookie, having played successfully for several seasons in Japan prior to coming to Seattle, J-Rod is all of 21, magnetic in personality, and arguably will be the face of this franchise if he stays healthy for many seasons ahead. 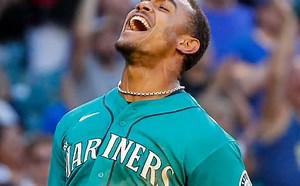 And with Robbie Ray, the defending American League Cy Young Award winner, finally starting to show the form that justified the nine-figure contract he was given last winter, plus the return of Ty France to the starting lineup after an injury, the M’s are jelling into a very competitive, balanced team.  The win over Texas raised them to seven games over .500, which assures their All-Star break will be relaxed, and J-Rod’s could vault him into true stardom with a decent performance in Los Angeles next week. 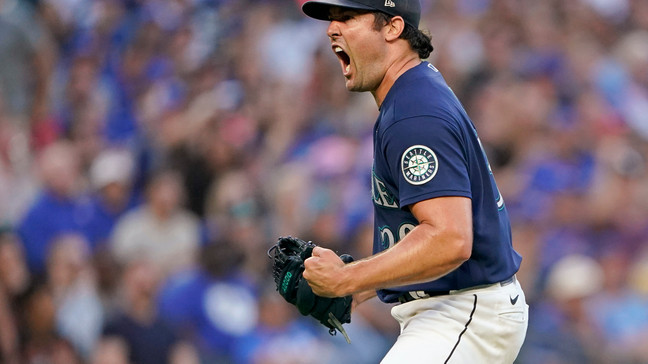 So my special friend’s friend is now my friend–and she now has a special friend of her own to boot.  She continues to be a lifesaver for mine, and if she wasn’t fully aware of just how well things have been going of late for her team beause she’s been positively distracted, I’m hoping this reminds her that sometimes karma can be a good thing for those that deserve it,  The Mariners definitely deserve theirs as much as she does. 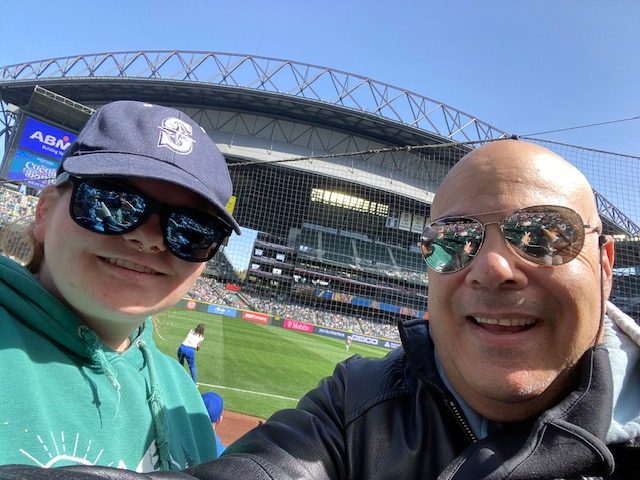 I’m not so vain as to think my generosity has anything to do with any of this.  Manager Scott Servais and his nucleus of shrewd acquisitions and breakout youngsters are among the more likely reasons why this team is doing so well.  But I can at least say it didn’t hurt, and we were there when things started to get going.

The Yankees and Astros are still much better teams overall this year, and few pundits believe the M’s will actually beat either of them in a post-season series.  But who knows?  Right now, they’re on at least equal footing, and with significantly older respective cores injuries might still derail either one of them.

I know at least one fan that will be intrigued, and I know there’s a hungry fan base getting more intrigued by the day as well.  I’m sure hoping we can find a way to be there if there’s an October game of consequence ahead.  And if it’s a World Series–well, hell, I’m down on my knees praying we can find a way into that.  Maybe not this year, but in the not-too-distant future for sure.