The Most Underappreciated Professional Team?

On paper the Tampa Bay Rays are one of pro sports’ model franchises.  They play in a top media market, they’ve been to the postseason for three consecutive years, won back-to-back AL East division titles in the past two seasons and currently would qualify for a fourth consecutive postseason.  They have one of the game’s outstanding young managers in Kevin Cash, whip-smart and dedicated young top management and an array of excellent young talent, including 21-year-old shortstop Wander Franco and ace pitcher Shane McClanahan, who began his career in the 2020 postseason and has only improved since.

So why, pray tell, do they rank 27th out of 30 major league teams in attendance, have modest tv audience, and are currently more associated with controversy than success? 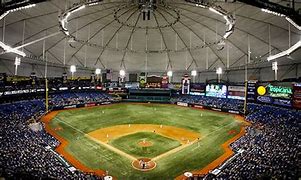 Well, for starters, they play in arguably the least attractive stadium in the game, the undersized and outdated Tropicana Dome, which is located in St.Petersburg, a far less desirable area which is accessible from the more affluent and hip areas including downtown Tampa only by a narrow, long bridge that has frequent traffic jams.  It’s dark, uses artificial turf, has no retractable roof, and has catwalks in the field of play that have resulted in some bizarre home runs and pop ups over the quarter century they’ve played there.  They currently set game capacity at 25,000 , roughly two thirds the overall capacity, and currently average a shade over 10,000 per game.  And that includes a series with the Yankees, who hold spring training in a gorgeous complex located in the heart of Tampa adjacent to the Buccaneers’ home, have a popular minor league team currently featuring the game’s first female manager, and whose fans dominate the park when the big guys play the Rays.

And last week they drew the ire of Florida Kaiser—er, governor—Ron DeSantis when they dared to, along with the Yankees, suspend their usual game-related content in the wake of the Uvalve, Texas school shootings offering information on gun safety and reform.  As we know, that point of view doesn’t sit well with Herr DeSantis.  With a budget requiring his signature that would allow the Rays to build a new training facility, he specifically ordered its exclusion from said budget.  DeSantis publicly chastised the Rays for their action, using the same “law-abiding citizen rights” mantra that his perceived support base adores.  So a team that had overachieved with young talent will have to make do with far less than other teams with less acumen have at their disposal. 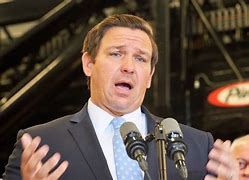 And this weekend several Rays players publicly acknowledged that they share some of DeSantis’ supporters’ values.  Five pitchers refused to wear special rainbow 🌈-accented caps celebrating Pride Night.  A spokesman for the quintet, Jason Adam, offered a statement that cited religious reasons, invoking Jesus’ name a couple of times and attempting to be respectful of those fans whose lifestyles don’t jibe with theirs.

Adam and the others certainly have the right to hold to their principles, particularly in a state like Florida and its  current political climate.  But it’s also safe to say that those views won’t encourage those who are offended to fill some of those many empty seats.

Sure, Florida is a football state, particularly in the Tampa Bay Area.   Pro and college news dominate media year-round.  When the original USFL started playing spring football in the 80s the original Bandits, who included Burt Reynolds among their owners, they drew some of that league’s larger crowds. The current version plays in Birmingham.  I’ve seen some of their games, along with the Rays.  The stands appear more full in Birmingham.

The Rays are in their silver anniversary season and have gritted through a horrendous beginning as the Devil Rays and a bottoming out after their 2008 pennant to earn their current status as an exciting up and coming team.  I have a desire to see every major league stadium and have yet to see a major league regular season game there.  But I’ve never had urgency. Because I’ve always thought I could show up five minutes before first pitch and someone would pay me to sit behind home plate.  Nobody went, and the Rays continue to seek a better venue and a loophole in their deal keeping them in the market.-to no avail at this point.

Perhaps the furor of the Fuehrer running the state might finally result in that escape?

The Oakland A’s are the only American League team that has a worse support situation that does Tampa. They continue to trade top players and raise ticket prices and have one foot out the door and in Las Vegas.  But at least their governor isn’t pushing them out and they actually celebrate Pride Night.  In that market, that’s called smart marketing.

Maybe Vegas should call an audible and see if they can get a proven franchise like the Rays instead?   The logo could still work.  Vegas isn’t exactly lacking sun.

it seems Ron DeSantis is willing to sacrifice his residents’ entertainment pursuits to protect what he believes should be their values.  Guess if the Rays left their few fans would have more time for church going and target practice.

The Rays are too good to be this ignored.  They’re being shot at from a lot of directions, metaphorically, of course.  Perhaps it’s time they returned fire-equally metaphorically.