The Jets Are In Midseason Form

You ever see that trolling Family Guy meme where Stewie likens his disappointment with Halloween to that of being a Mets fan?  It goes something like this: 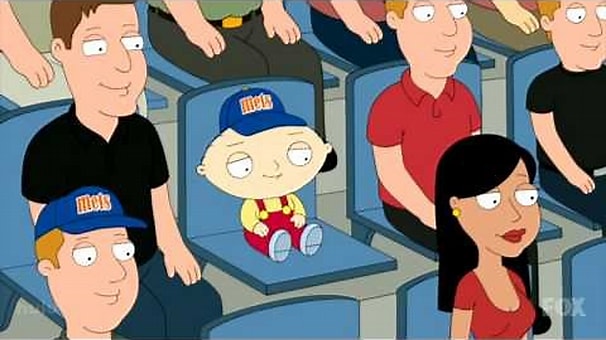 “Opening Day…And Here’s The First Pitch…Aaaaand The Season’s Over”.  Stewie then tosses his Mets cap (carefully lacking the official team logo) into his lap in sheer disgust.

The Jets may not have made it that far this year.

Quarterback Zach Wilson, coming off a snakebit rookie season where he missed significant playing time, left last night’s opening pre-season game against the Philadelphia Eagles with a knee injury, eerily similar to the one he suffered in the seventh game last year,  Here’s how NJ.com’s Andy Vazquez recounted it:

Wilson suffered the injury on his second drive of the game, when he tried to get more yards out of a first-down scramble. Wilson had the chance to get out of bounds, but when he cut back toward the middle of the field his right knee appeared to bend awkwardly. Wilson stayed on the ground for a moment, got to his feet and then limped a few steps toward the huddle before going down to the ground again as his teammates gestured for the medical staff with 4:02 left in the first quarter. 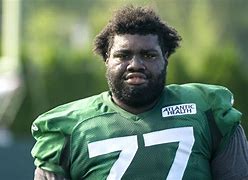 Hey, at least Wilson made it to the first pre-season game.  Standout offensive tackle Mekhi Becton, looking to rebound after a season-ending injury in game one of 2021, suffered a season-ending injury to his kneecap during Monday’s training session.  And that experience has spooked coach Robert Saleh enough to be atypically reticent to offer anything more than apologetic cautious optimism on his quarterback’s prognosis, even after, as NJ.com also reported, “preliminary examinations of Wilson’s injured right knee showed that his ACL had escaped serious injury.”

“That part is supposed to be intact,” Saleh said. “But let’s just wait until the MRI. … I’m 0-fer, guys, for trying to decipher doctor language. So I’m just going to let the MRI play out and we’ll figure it out [Saturday].”…After the starting left tackle was injured in Monday’s practice, Saleh relayed that based on preliminary examinations doctors were confident Becton had avoided serious injury, only for an MRI to reveal that his season was likely over.

At least Stewie Griffin could have taken some solace that the Mets have had two league championships during the show’s lifetime.  The Jets haven’t.  They haven’t won a conference championship in Peter Griffin’s lifetime.  (The Super Bowl III champions won the American Football LEAGUE title, not the AFC.  So there). 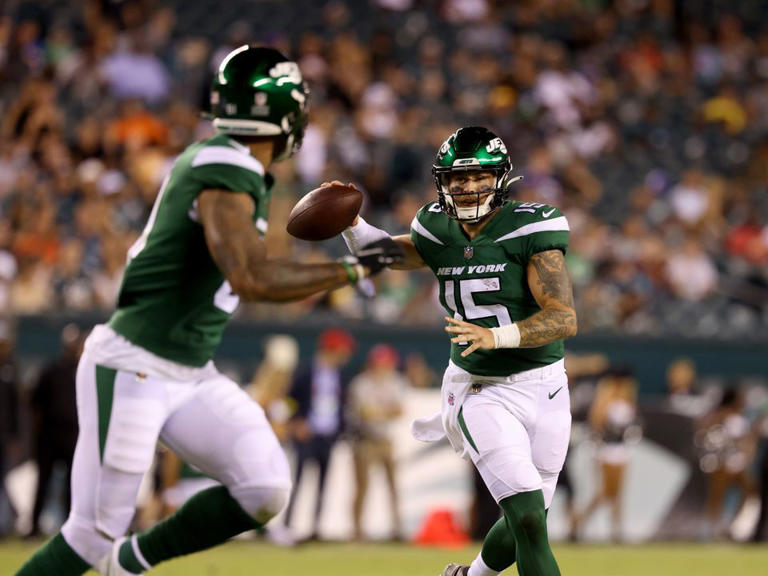 So while the most optimistic of Jets fans can take some perverse pride that they indeed did rally for a 23-21 victory last night, under the able-bodied leadership of fourth-string quarterback Chris Streveler, considering he led that comeback against equal levels of the Eagles’ depth chart, it’s difficult to presume that Streveler, or even well-liked former flash in the pan Mike White, has the potential to do anything as impressive against first team defenses in the manner that Eagles quarterback Jalen Hurts did during last night’s first quarter.

And when Wilson was healthy, against the Eagles’ first-stringers, he threw a devastating interception intended for one Davis (wide receiver Corey) that instead was picked off by another (cornerback Kyzir), allowing Hurts to pad his stats with a second shorter touchdown drive.

Yessir, mid-season form.  The Jets are the worst-looking unbeaten team in the NFL.

Now we know it’s far more likely that Stewie’s football allegience lies with the Patriots.  After all, we know Peter did briefly star for the team. 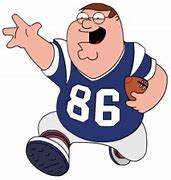 On the other hand, considering he’s often tried to kill the “Fat Man”, maybe he did indeed become a Jets fan for spite.

In which case, here’s hoping he only owns a Jets cap.  After this week, we better hope he doesn’t own something he could use as a noose.