For the 100th time since a pre-season game between the Minnesota Vikings and the St. Louis (yes, it was that long ago) Cardinals, the NFL will stage a game beyond U.S. soil this morning (this afternoon local time).  The majority of those games have been staged in London, and today this year’s Vikings will “host” the New Orleans Saints.

It’s a milestone, but it’s also one of a record five regular season games that will be played outside the United States, with two more scheduled for London later this month and, still later on, games in Mexico City and, for the first time ever, Germany, where no less an attraction than Tom Brady (assuming he doesn’t retire by then) and the Bucs will take on the Seattle Seahawks.

And, per the Minneapolis Star-Tribune, there’s still more on the way:

The Vikings’ 4,000-mile trek for Sunday’s game against the Saints remained riddled with the logistical hurdles of international travel: passports, customs manifests and jetlag. But British embrace has warmed to the NFL ahead of the 31st regular-season game there, and the league’s global ambitions are gaining steam.

The NFL’s foothold in London, where the Vikings will play on a third different field in the past decade, at Tottenham Hotspur Stadium, has formed a blueprint for the league. International marketing rights in eight countries were allocated to teams last year, and the Vikings are one of six teams in the U.K. and two teams in Canada, setting the foundation for future international events and games.

Canada remains an intriguing, and even more readily available option for the league.  The Buffalo Bills flirted with moving the team to Toronto, and actually played some pre-season games there, before securing a new stadium to replace its outdated Orchard Park facility.  The Seahawks, a short drive from Vancouver, are a natural to expand their rabid fan base beyond the Pacific U.S. Northwest, particularly if the franchise is indeed headed for leaner times.  The Vikings have the opportunity to capitalize on the entire middle of Canada. 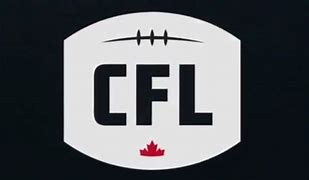 The CFL has been around since 1958, and continues to have some popularity and relevance particularly in June and July when it’s literally the only game in town.  But by this time of year, as the weather is cooling, and the league remains at just nine teams, games are often played in half-filled stadia, and the NFL broadcasts in Canada often are competitive with the CFL games that air head-to-head.  Increasingly, fewer CFL regular season games are played on Thursdays or Sundays once September starts.

The explosion of the NFL’s popularity in the U.K. has its roots in a weekly highlights show that began in 1982 on the then-upstart Channel 4, one that led to the American Bowl series of mostly pre-season games.  In 2007, this was expanded to regular season games.   Those games were held in the original and iconic Wembley Stadium.  In 2018, the billion dollar Tottenham Hotspur Stadium was added as a second venue, along with “new” Wembley.

The NFL fills a void for sport at a time of day when British football–soccer to us Yanks–is rarely played.  Our games air between 7 p.m. and 1 a.m. local time, and thanks to technology now Sunday Night Football even airs live there for true fans and insomniacs.   So returning the favor with a 9:30 am–dawn West Coast–kickoff here is more than fair.

Today’s game was supposed to be an offensive juggernaut with Kirk Cousins and Jameis Winston squaring off, but an injury will keep Winston on the sidelines, with journeyman Andy Dalton scheduled to make his Saints debut instead.  Dalton’s an old reliable, on his third different team in the last three years after nearly a decade in Cincinnati.   But it does take down the appeal of the game somewhat.

And, to be fair, the majority of NFL London games have been contested by some fairly marginal teams, and even when a top tier franchise does come over games are often against lesser opponents.  The Jacksonville Jaguars have played in eight of the first 30 London games, beginning in 2013, through some pretty lean times.  They will play in a ninth later this month.  Owner Shad Khan has filrted with buying Wembley Stadium and moving the team there, but COVID slowed that process down.  But the Jags are committed to playing a game in that venue through 2024, and with Trevor Lawrence beginning to show signs of his college promise the Jags may present a more appealing presence.

But London fans show up and support these games with remarkable consistency and passion.  Today will be no exception.  Tottenham Stadium should be filled up, the crowd tanked up on whatever beverage of choice sustains them, and they will be cheering whomever is on the very expensive pitch in the East End.

For me, my drink will be coffee, and since a full day’s slate lies ahead, it won’t be spiked.  Hopefully, many footballs will be.