The Heat is ON

No, the Lakers aren’t in the NBA playoffs this year, but a team with similar appeal is, and they are quietly making short work of their first-round opponent in impressive fashion. 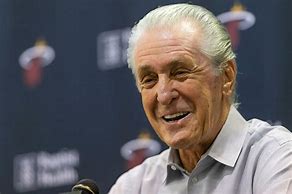 The Miami Heat are run by Pat Riley, the architect of the Showtime Lakers, who at age 77 still shows his poise and relevance far more than many of his younger peers. Both won a championship with Lebron James and Shaquille O’Neal.  And, frankly, some of their fans are the best-looking I’ve ever known.

But this is more of a salute to the team than its followers.  Despite a myriad of injuries and a late-season meltdown involving their current star, Jimmy Butler, and longtime head coach Eric Spoelstra, the Heat regrouped and reignited themselves to close strong and emerge with the Eastern Conference’s top seed.

And, so far, things are moving along well as they seek an unlikely second Finals appearance in three years.  Butler and company have made amends, and last night he helped the Heat brush off a Game 3 loss with a resounding 110-86 thrashing of the Atlanta Hawks in Georgia.  Trae Young, the Hawks’ precocious sharp-shooter whose last-second shot gave the Hawks the win on Friday night, was held in check, and Butler scored a game-high 36 and, also with Gabe Vincent, powered a 26-4 run in the second quarter, erased an early eight-point Atlanta lead and from there the Heat never looked back.

Butler may be the de facto leader, but the Heat’s success has been an effort of many so far.  Vincent stepped up big time in this game, and Tyler Herro seems poised to win the NBA Sixth Man of the Year award.  Duncan Robinson, Bam Adebayo, the heretofore forgotten Max Strus and even Victor Oladipo have shined at other key moments down the stretch and in the Hawks series to have the Heat on the verge of closing it out tomorrow night in Miami. 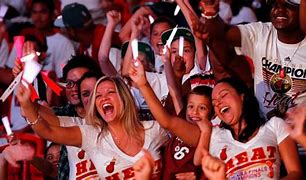 And while the Orlando bubble run of fall 2020 may have been a logistical aberration that ultimately set up well for the Heat it actually allowed a young, inexperienced team at the time to come together and accelerate their maturity.  The Heat were eliminated last year by eventual champion Milwaukee in Round 1, but that rematch won’t occur until the conference finals. More imminently, it’s likely the Heat will square off with Philadelphia, where Joel Embiid is nursing a hand injury and it’s a coin flip as to which James Harden will show up.

I’ll admit I have a little bias, especially with the Nets heading for imminent elimination as soon as tonight.  There are plenty of NBA fans who despise Heat fan culture as resembling entitlement and arrogance.  I’m sorry, I can’t be one of those haters.  I like too many who love the Heat to feel anything but appreciation.

Besides, who wouldn’t want to see fans who look like this really let loose if they somehow win it all?