The Heat is Meh

Part of my recent life journey is to adopt the favorite teams of some current and past very special people whose passions were inflamed by their fandom.  For a variety of reasons, the Miami Heat rank even higher on that list than many others do.

I’ve really learned to appreciate both the arrogance and pride of Heat Culture; after all, they’ve got three NBA championships in their 35 seasons, versus zero for either of the New York area teams and, since 2010, they’ve even got the Lakers beat (two, with one in the Orlando pandemic bubble that didn’t even have a parade).

Last year, the Heat, who lost to the Lakers in the bubble finals, recovered from a modest 2021 start to sprint to the NBA Eastern Conference finals, and it was a joy to see their beautiful fans reengaged as I was becoming a bigger one myself.  This year, they’ve returned to the level last seen in 2020-21, when they struggled to a sixth seed and a first round elimination at the hands of eventual champion Milwaukee.

They enter tonight’s home game with Chicago a first place team, but only in their disappointing Southern Division, tied with Atlanta at a mediocre 16-15.  Since the league no longer automatically rewards division winners with higher seedings (are you listening, NFL?), at the moment the Heat rank seventh in the Eastern Conference, which would merely give them top seeding in the play-in tournament.

The Heat have been plagued by injuries.  Star Jimmy Butler has been particularly brittle, having played in less than two-thirds of the games to date and averaging a less spectacular point total (just under 22 points per game) than he had as the Heat came within a whisker of upsetting the Celtics for the NBA Finals last spring.  Kyle Lowry has also been M.I.A. in MIA; while he’s played, he’s so far averaging pedestrian totals in points  (14.0) and assists (5.9) per game.  Especially missed is veteran P.J. Tucker, a sparkplug in the playoffs now overachieving for the 76ers. They have won four straight, and tend to do slightly better at home, though this year both their record (9-6) and the crowd noise have been more muted. 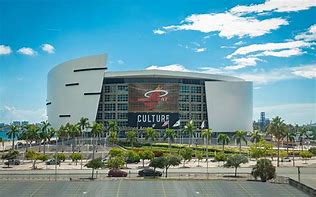 Perhaps it’s the stigma of their amazing waterfront arena, which was renamed the FTX Center last year amidst the gold rush of crypto.  They’ve already removed most of the signage and rarely reference it by name, as the chance that the 19-year sponsorship deal that SBF purchased is right up there with my playing point guard. Or maybe it’s their half-hearted attempt to follow up on the MixTape special edition jerseys they sported last year, which were successors to the NBA’s most popular third jersey of 2020-21. a rockin’ teal and pink-hued quasi-throwback sporting the type font from the team’s original Overtown arena.  This year’s edition has been very polarizing; judging by the discounts their team store is already offering, it strongly suggests this one isn’t selling well, either (though I sure wouldn’t mind getting one as a gift).

Or maybe it’s the distance that’s now there between the person that first inspired me to embrace the culture.

I suppose “all of the above” is the answer.  With a particular emphasis on Jimmy Buckets’ infrequency.

With the season less than 40% done, there’s plenty of time for this team to get healthy and focused.  And with the Dolphins in a battle for their NFL playoff lives, and their first playoff berth in six years, their troubles haven’t risen to the level of panic they otherwise would in other years.

In a city as hot as Miami, with fans as uncompromising as those of Heat Nation, meh just doesn’t cut it.  Even to get people to hate you, you’ve got to put out more of an effort than these Heat have done so far.

I’m still watching, I’m still rooting, and I’m still hoping to return to the arena that was the first venue I was able to see any live sporting event in post-pandemic, albeit with an entire row to myself and my guest, at inflated prices, with socially distanced urinals.  And a lackluster matinee loss to Indiana.  Hardly the highest energy contest they’ve played at the arena, regardless of its name.