In an off-season where its emerging arch-rival and playoff conqueror in San Diego invested $280 million in their third potential shortstop (with one already moved to third base and the steroid abusing incumbent moving to the outfield), the biggest moves they made was the signing of the arm that shut them down in the 2015 Division Series finale, Noah Syndegaard, to a one-year trial balloon in the hopes that something is still left in his surgically repaired arm, and another one-year fingers crossed deal for the great Clayton Kershaw, highly effective when healthy but hardly a guarantee at age 34 to remain that way.  Until yesterday, those were the Dodgers’ top candidates for the second spot in its rotation beyond Julio Arias (with Walker Buehler slated to miss at least the first half of the 2023 season, and possibly longer).

Then Trevor Bauer got reinstated.

An arbitrator reduced pitcher Trevor Bauer’s record suspension from 324 games to 194 games on Thursday, clearing Bauer to return to Major League Baseball after the Los Angeles Dodgers pitcher missed all of 2022 serving a ban for violating the league’s domestic violence policy.

MLB announced that the arbitrator’s decision reinstates Bauer immediately, though he will be docked pay for the first 50 games of 2023, a loss of $10.9 million that essentially renders his time spent on administrative leave as unpaid time served.

The Dodgers, per Major League Baseball, will have 14 days to decide whether Bauer will be reinstated from the restricted list. The club could simply release him, though they’d still owe him more than $22 million in 2023.

That 14-day period will conclude Jan. 6.

“We have just been informed of the arbitrator’s ruling and will comment as soon as practical,” the Dodgers said in a statement Thursday night.

But that official team statement did not stop the self-imposed arbiter of Los Angeles character, Times sports editor Bill Plaschke, from immediately coming out this morning and demanding the Dodgers cut ties with Bauer sooner than later.  The headline alone should give you an idea of where Plaschke’s thoughts lie:

Column: Should the Dodgers bring back Trevor Bauer? No. Not in a million years

Plaschke’s column regurgiates what has been a crusade of pressure which Plaschke’s megaphone has championed since the Dodgers signed Bauer as a free agent after his stellar 2020 mini-season and their spirited, but Covid-asterisked, first World’s Championship in 32 years.  In the 17 starts that Bauer had until his suspension in the middle of the 2021 season, he was a competitive 8-5 and struck out 137 batters in 107 2/3 innings, consistent with his more than one K/inning average he’s seen in his 10-year career.  And he’s still a year younger than Kershaw, with a lot less mileage and fewer surgeries.

But Plaschke, invoking the storied memories of Jackie Robinson and the guilt trip about the honoring of Sandy Koufax and the memorial to Vin Scully with passion not seen by a sportswriter determined to run a pitcher out of town since the New York Daily News’ Dick Young, using similar blinders of his era, chased Tom Seaver away from the Mets in 1977, immediately resurrected his campaign for his blessed, pristine Dodgers to divorce themselves from a lowlife like Bauer.

Despite what an arbitrator, who weighted testimony and evidence from both him and his accusers, ruled.  And the sport’s clear, albeir grudging, compliance with the decision.

Bill, I’ll still read the Times, and believe me, I adore Dodgers fans’ passions and respect their love for tradition, since I grew up the son of someone who loved them way before you did.

But you gotta realize that Scully and Robinson are gone, at 87 Koufax isn’t quite in shape to pitch these days and that in a sport where your arch rivals are spending way more than your team is to stay competitive, chasing your record-setting 111-win regular season knowing all they have to do is beat your team three out of five times in a post-season series leaves you little room to stand on ceremony based on your personal feelings.

Nor should any true Blue Dodger fan.  You want to win a title in a 162-game season.  You’ve committed hundreds of millions to Mookie Betts.  You’re probably gonna try and commit several hundreds of millions more to the likes of Shohei Ohtani if you get the chance to do so.  You’re already gonna borrow an old school playbook and try to milk more from the homegrown likes of Gavin Lux, Miguel Vargas and James Outman to replace the departing Turners Trey and Justin and the sad bust that Cody Bellinger quickly became.

Do you truly believe that if Bauer were available in San Diego this past October to strike out the likes of Juan Soto or Manny Machado and did so, and if the Dodgers had advanced in the post-season, that the majority of Dodger fans would have sat on their hands and rued the moment? 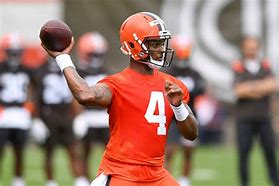 Ask a Cleveland Browns fan how they’re feeling three weeks removed from DeShaun Watson’s reinstatement, for a series of accusations far more proliferant and vile than any that Bauer was found guilty of.  They’ve won two of three games since his return and as Christmas approaches they’re still in the hunt for only their third playoff berth of the 21st century and a chance at their first postseason win since 1994.

The odds are against them, to be sure, but I don’t think it’s unfair to think that if he can engineer that win despite all of the hue and cry and suspensions already served, somehow, even the most woke of Dawg Pounders–even those who have daughters–will find a way to cheer Watson’s efforts.

As will an awful lot of Dodger fans should Bauer follow suit.  If indeed he gets the chance to do so.

He’s paid his price.  He’s told his side of the story.  It is not necessarily a given that a man is always guilty.  Particularly when the man he’s claiming they had consensual relations has a nine-figure contract and a history of amplified social media trolling, for which he has publicly apologized. Not that that matters to the Times.  But then, what would you expect from a publication that continues to headline the fear-mongering and statistical conflating of my darling quaran-tine?

Good God, Bill.  Even SHE turned up at a playoff game and cheered.  And I truly suspect she’d do it again, and even for Bauer.

To any real Dodger fan, and not some self-agrondizing champion for what he perceives as the rights of all women regardless of their capacity for honesty, I am one who believes that if the Dodgers are gonna pay him $32M this year, they should at least get a few more wins and striekouts out of him, regardless of what other penance you and the Los Angeles friggin’ Times THINK he should pay.

If he gets you past the Padres, consider it community service.

Until then, may you and Babs have a socially distanced, but otherwise Merry, Christmas.