At 9 AM pacific time today the first of 200 games involving a Division One men’s college basketball team will tip off, when Mississippi Valley State visits #5 Baylor, with ESPN+ carrying the action to a device near you–live.  For the record, Baylor’s a 40.5 favorite, with the over/under being 143.

It’s opening day for college basketball, which thanks to the proliferation of linear and streaming services clamoring for content has now grown to this herculean number of tipoffs.  College football is complicated enough with early season “cake” games involving smaller schools getting exposure and a paycheck when visiting Division I/FBS campuses.  In basketball, even Division 3 and NAIA schools get their moment in the national spotlight.  Today alone, nationally streamed games will feature the likes oF Brescia, Valley Forge, Defiance, Warren Wilson, Milwaukee School of Engineering and Merrimack as competitors.  How many of those schools’ locations and nicknames can YOU name? (no cheating!).

And those are just the games that will air on nationally distributed streaming services.  Virtually every school broadcasts their games online, meaning if you’re truly a fan you can watch Fresno Pacific, San Diego Christian, La Sierra, Harris Stowe State College , William Carey, St. Augustine’s College, Toccoa Falls, Lincoln of Missouri and Cazenovia.  There’s only two reasons you’d be THAT much of a fan, in all likelihood.  One is that you’re an alumnus.  The other is that you have a gambling addiction. 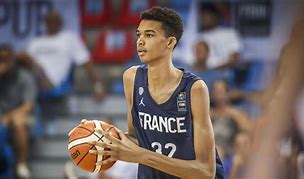 And that, unfortunately, seems to be the predominant reason college basketball is as ubiquitous as ever.  It certainly can’t be to watch who will be the number one draft pick in the NBA draft.  For all intents and purposes, that designation has been ceded to Victor Wembanyama, a 7’3″ Frenchman who is currently playing for the Metropolitan 86ers.   Already, the cries of “Brick for Vic!” have been heard around the early NBA games, with teams such as Utah and San Antonio that were predicted as his likely destination off to inexplicably strong starts and confounding the so-called pundits.

And many familiar coaches are now no longer on the sidelines, either.  This will be the first time in four decades where Duke will be coached by someone else than Mike Krzyzewski, and Villanova will no longer be helmed by Jay Wright.  Jim Boeheim is still around in Syracuse–my God, he goes back to MY college days. 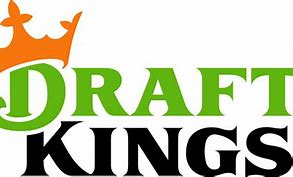 But thanks to the prevalence, popularity and growing legal access to online wagering services such as Draft Kings, especially among college-age fans and those needing a chance to make a buck, there will be even more games on some sort of TV than ever.  Indeed, before December 31st alone, nearly 1000 men’s college basketball games will air live on one of 15 linear and/or digital networks carrying a conference schedule in some part.  Another 131 women’s games will also air, typically on Sunday afternoons head-to-head with football, or on Friday nights where men’s schedules are typically lighter.  That’s this CALENDAR year.  The road to March Madness will see thousands more once 2023 begins. 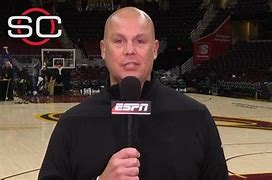 ESPN embraces this, most notably with the omnipresence of an affable sidekick of the equally follically challenged Scott Van Pelt nicknamed “Stanford Steve”.  Steve Coughlin is a sports wagering analyst who shows up in studio several times a week and helps SVP anchor a series of tongue-in-cheek highlights that showcases some truly bizarre endings to games where a particular wagering proposition, that seems to be a lock under normal conditions, somehow turns around in the waning seconds.  When one watches a game in a casino, as I often did during March Madness, one sees games from an entirely different perspective than from a traditional fan’s.  Dribbling out the clock, throwing up a brick, putting the 15th man in for a quick moment for parents to capture, actually MATTER.  With snappy repartee, a kitchy soundtrack and the voice of a disbeliever, it’s one of the more entertaining segments on Van Pelt’s alternative-style Sportscenters.

Except the harsh reality is that there are way too many people who actually DO lose money–often significant amounts–on these turnarounds.  Unlike Van Pelt and Coughlin, these fans don’t have seven (eight? nine?) figure net worths.  Draft Kings and similar apps make the opportunity to bet on these meaningless games ubiquitous, and the networks that carry them embrace that.  The regional sports networks that supplement the 1000-plus national games are branded by Bally’s.  Coughlin contributes to a nightly ESPN2 called THE DAILY WAGER, which effectively serves as a lead-in to a typical winter night’s schedule.  FOX Sports’ apps support FOX Bet, an online wagering platform currently available in four states but potentially will become more widely available depending upon results in various midterm elections where it is on the ballot.

Each of these games are typically sponsored by companies that offer gambling counseling services.  Many of the podcasts that provide the inside information for these wagers have legalese that offer announcers rattling off various states’ resources, often at 2x speed.  It’s no different to me than the narrative of pharmaceutical ads that show images of people living lives with impossibly younger and attractive partners touting the virtues of prescrption drugs with potentially devastating side-effects.

I personally know several people who really don’t have the resources to gamble, but still choose to.  They also drop money on Powerball tickets.  Sure, the temptation is there.  The rush of having a stake in an otherwise insigificant event is indeed dopamine-stimulating.  But as Van Pelt and Coughlin almost always showcase, even amidst the snarkiness, the futility of believing you actually can win steadily is far more likely to be your reality.

Some of these people have actually admonished, and even ghosted me, on some of the choices I make in how I’ve spent money in recent years.  To them, I’ll merely say:  How many lotteries DID you win?  How many Bad Beats impacted you personally?  What long-term benefits of health or friendship did YOU get??

So while as a fan I’m excited by the cornucopia of college basketball ahead for the next five months or so, as a human being, I’m ambivalent.  And I’m far more likely to have these games on as background noise, if at all.

But if you’re reading this, you’re probably different.  So good luck to you, seriously.    My mental side bet is MVSU to cover, BTW.  But it’s strictly in my head.