The Biggest College Basketball Game of All Time?

Tonight approximately 30 minutes after Villanova and Kansas finish perhaps a fairly consequential and likely competitive game the floor at the Superdome will clear out for what will arguably be the biggest college basketball game of all time.  Duke and North Carolina, in-state and ACC conference rivals for a little over a century, will face each other in a Final Four for the first time in their now 258-game history.   For Duke coach Mike Krzyzewski, it will be the 100th and final time he will personally face the Tar Heels.  The current score:  Coach K 50 wins, 7784 points scored.  UNC:  49 wins, 7763 points scored.

So if somehow Carolina can pull off a 21-point win, this series will end in an absolute tie over 42 years and the ideal statistically acceptable sample size for indisputable accuracy.   Considering this year Duke won their first clash by 20 points on the road, and UNC its second by 13 as spoilers in Coach K’s final regular season home game, the prospect on a neutral court of that result is not completely implausible. 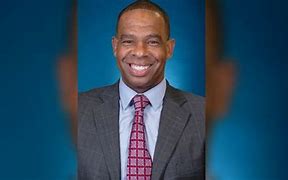 A lot’s been written about Coach K lately, particularly as each time he steps on the court it may be for the last time in his history,   A lot more has and will ultimately continue to written about his opponent, first-year UNC head coach Hubert Davis.  A 1992 graduate of UNC and a member of Pat Riley’s mid-90s New York Knicks teams that represented the most recent competitive era of that team’s history, Davis ha become only the ninth coach in college basketball history to reach a Final Four in his first season, and only the second in the last 25 years,The last, natch, was another UNC leader, Bill Gutteridge, who in 1998 merely inherited a team left behind by the man who its current home court is now named after, Dean Smith.

As Coach K departs, the legacy of Coach H should be celebrated.  North Carolina may have a strong history, but this season’s team was hardly a favorite.  Even after they pulled off the impressive upset of Duke at the end of the regular season, that only earned them a tie for second place in the conference with Notre Dame, a game behind Duke, which they then followed up with a lackluster second round loss to seventh-place Virginia Tech in the conference tournament.  They were an 8 seed in the Eastern region.

Yet despite this mediocre seeding the Tar Heels have methodically marched through their bracket, defeating defending champion Baylor and national cinderella St. Peter’s, not to mention last year’s cinderella UCLA, en route to this historic game.  Davis has shown leadership, character and resolve against enormous pressure even amidst his own fan base.  One way or the other, this will be the passing of a torch on a Saturday night in a domed football stadium.  But it won’t be the first time that’s happened.  The first time I can recall those stakes were set was the night I became a college basketball fan.

On January 20, 1968 UCLA and Houston, the two top teams in the country at the time, met for a heavily anticipated regular season game that had unprecedented attention leading up to it.  Lew Alcindor, as Kareem Abdu-Jabbar was then known, was the #1 player in the country for the undefeated Bruins, and Elvin Hayes, on the cusp of establishing a brilliant career of his own, was arguably the second-best big man in the country for the #2 Cougars.  The ticket demand warranted the game being moved to the then-new Astrodome, the eighth wonder of the world.  And for TV entrepreneur Eddie Einhorn, he saw opportunity in this.

In the late 60s, the advent of UHF television created new unaffiliated over-the-air television channels in cities all across the United States.  “All-channel” TV sets were created with a second dial to tune in channels 14-83 were sold, and it was as big a deal to upgrade to such a set then as it is to upgrade to 4K today.  Tuning in such channels often required a steady hand to find the exact spot to get the maximum clarity out of a channel with very limited bandwidth.  And once you did, you were likely to only be able to see old movies in prime time, reruns of westerns and I Love Lucy during dinner hours, and Japanese animated cartoons in the afternoon.  While older stations in larger markets with channel positions in the VHF (2-13) range already were thriving, it had not previously been possible to secure a national lineup of such stations for original programming. 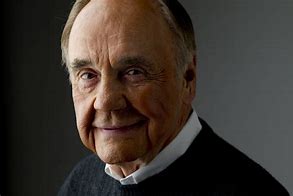 At the time, regular season college basketball games on TV were sporadically scheduled on local stations or regional clusters of stations, largely on Saturday afternoons.  But this “Game of the Century” was something different.  So Einhorn, who had been selling Saturday afternoon games to many of these burgeoning stations, saw an opportunity for a one-off prime time special.  And so he huckstered his way into a lineup of more than 100 stations and provided America with the first prime time national telecast of a college basketball game that competed with the three broadcast networks.  It introduced then local Los Angeles (and UCLA play-by-play) announcer Dick Enberg to a national audience.And, most importantly, its reported success (though ratings were not readily available for it as proof of it) inspired NBC to pursue national carriage of the following season’s championship game, and ultimately was the seed that grew into the March Madness of today.

Houston won a thrilling game that night, 71-69 that ended the Bruins’ 47-game winning streak.  Two months later, UCLA won the rematch in Los Angeles by 36 points, en route to their eventual national championship.  And thus, a national appetite for college basketball was born.

Tonight, appropriately, the latest incarnation of the Game of the Century will air head-to-head with those traditional broadcast networks, on TBS. Jim Nantz, Enberg’s successor both at CBS and on the national stage, will announce.  Coach K may coach for the last time.  Hubert Davis will have an awesome future regardless.  And so will March Madness.

Get your popcorn.  And pop a few in Eddie Einhorn’s memory.