In the midst of the launch of perhaps its most televised and change-filled season yet, college football announced Friday the inevitable news that it was expanding its College Football Playoff from its current four to 12 teams, perhaps as soon as 2024 and no later than 2026.

And that news alone just made the whole chase that much more meaningful, and for a host of programs and fans that were teetering on the brink of irrelevance. With the Big Ten and SEC both now at 16 teams, and hinting at further growth that would likely reduce the Power Five to the Power Two, this expanded setup will, per the Washington Post, guarantee a playoff berth to the six conference champions ranked highest by a selection committee, the four highest receiving first-round byes.  Seeds five through eight will host first-round games on campus, likely during the second or third weekend of December when many classes are still in session.  Those winners will then move on to a second round at neutral sites that will incorporate all of the existing bowl games that have been in rotation for the current four-team tournament:  the Orange, Sugar, Rose, Fiesta, Peach and Cotton Bowls.   As is the case now, two of the six will host the Final Four participants; the other four will get the first-rounders.  Reportedly, existing ties to conferences will determine each game’s participants; a Rose Bowl featuring a Pac 12 and/or Big Ten team is likely.  Neutral sites such as this year’s SoFi Stadium will host championship games, as has been the case with most other sports. 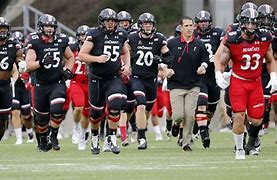 By doing this, it ensures the continued relevance–and, of course, media rights value–for conferences like the ACC, Pac 12 and the actual Big 12, that were looking at further realignment and second-class citizen status.  It will assure the Group of Five, the next-tier conferences that last year sent an undefeated Cincinnati to the playoff, at least one berth in the expanded tournament.  And it will open up opportunities for the third or even fourth-best teams in the uberconferences to prove their worth in a post-season, again mirroring the potential for a dramatic storyline often seen in basketball.

As the respected John Feinstein of The Washington Post reminded, this was anything but a pure play for fairness:

As you might expect, the quotes coming out of this announcement are comical. The best one might have come from Mark Keenum, Mississippi State president and chairman of the board of managers.

“We’re not naive to understand that there’s additional revenue by having an expanded playoff,” he said, presumably with a straight face. “But I can tell you from being part of the discussions from the very beginning, what motivated the presidents and me as well was that we wanted to have an opportunity for more participation of teams in our nation’s national championship tournament. Having only four teams, we felt like that’s not fair to our student-athletes from a participation standpoint. …

“We do recognize the additional revenues that will be available, but that hasn’t been the driving force behind this ultimate decision. It has not been.” 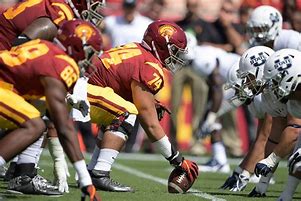 Money wasn’t the driving force behind the decision? Seriously? Money is the only driving force behind the decisions being made in college athletics nowadays. Did Oklahoma and Texas decide to jump to the SEC because their leadership wanted their student-athletes to have the chance to visit Tuscaloosa or Starkville? Did UCLA and USC decide to join the Big Ten to make November trips to Columbus or Ann Arbor — or, for that matter, Piscataway or College Park?

And with four additional post-season games, plus increased importance on four existing ones, and at least four national media entities (ABC/ESPN, CBS, NBC and FOX) fully invested, you can bet the bidding for these games will be competitive and dramatic.  And, of course, a windfall for the schools and conferences involved.

There’s a hue and cry among traditionalists that this schedule will interfere with–gasp–finals weeks!!  If NIL and transfer portals hadn’t already proven it to you, anyone who would confuse a student-athlete with a student these days would be, to be kind, outdated.  These are de facto employees, and they work during the holidays.  They’re effectively professionals, so a post-season format that is potentially as lengthy and as layered as the NFL’s is actually a dress rehearsal of sorts.

And yes, the smaller bowl games will contine to exist–heck, they’re often the most popular television of any kind other than Christmas movies during the holiday season.  Consider them the football equivalent of the NIT or CBI.  And venues like Yankee Stadium, Fenway Park, Hawaii and the Bahamas will continue to make them intriguing.

So there’s gonna be a lot more college football that matters to more different schools and fans.  And more money will be made.  And hope will be renewed for teams with two losses or unfavorable schedules to prove their worth on the field, assuming they can convince a committee to give them the chance to do so.  But that’s no different than the process has been so far, and there’s now three times the number of chairs to chase.