The Best Weekend Of Football? Well, Not Quite Yet

I’m a huge fan of Mike Greenberg, one of the more enduring ESPN personalities and comfort food for me when I typically write these entries early in mornings that lead to interminably lonely afternoons.  So when he labels the Divisional Rounds of the NFL Playoffs as “the best weekend in football”, I’m in lockstep.

Four win-or-die games, involving the eight surviving teams in the most popular sport.  Late afternoon and prime time windows on two consecutive days, negating the need to juggle breakfast or brunch with viewing time.  All on broadcast television, so even the most Luddite and impoverished fans can enjoy.   And on so many occasions, historic comebacks and performances that often resonated far beyond the Super Bowls that ensued for the eventual winners of the following Sunday’s championship games.

Well, so far, the promise of the past hasn’t quite been lived up to.  Top seeds Kansas City and Philadelphia, fresh off bye weeks, delivered solid performances as they eliminated the two lowest remaining seeds.  The Chiefs were expected to annihilate the upstart Jaguars, but an early injury to starting quarterback–and arguable MVP–Pat Mahomes’ right ankle put that result in doubt, and ultimately resulted in a much closer final score than many pundits, including Greenberg, had predicted. 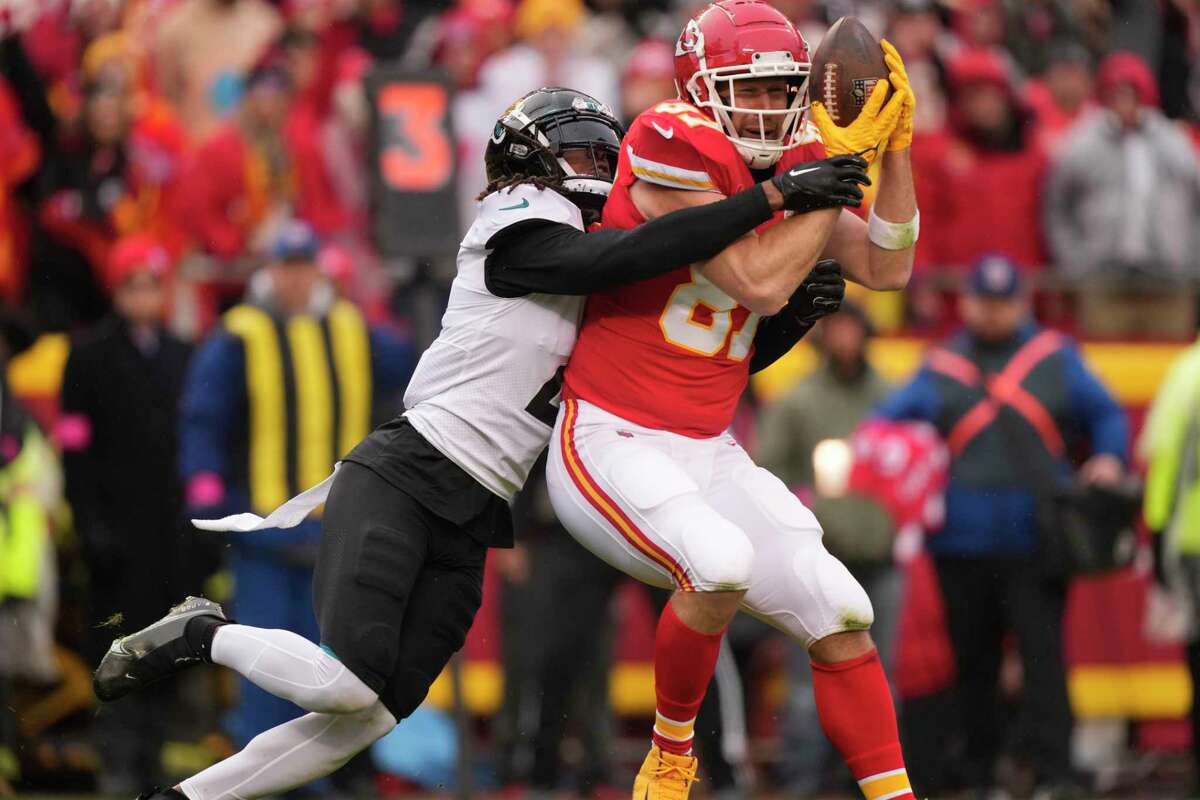 But with a tight end like Travis Kelce available as a short-yardage option, and a master craftsman like Andy Reid able to make adjustments, Mahomes was only missing for a series, one where journeyman veteran Chad Henne led the Chiefs to a 99-yard scoring drive.   And it motivated Mahomes to take action, as Dave Skretta of the AP reported:

Mahomes pleaded with Chiefs coach Andy Reid to let him stay in the game on Saturday.

He argued with trainers, assistant coaches and anyone else within earshot on the Kansas City sideline to let him play through an injured right ankle.

“I’m not coming out of a playoff game,” Mahomes would say later, “unless they take me out.”

Well, the Chiefs did, forcing him to get X-rays late in the first half of their divisional game against Jacksonville.

But when they came back negative, and Mahomes proved he could protect himself in the halftime locker room, Reid decided to let his All-Pro quarterback back on the field — and he gamely led them to victory.

Mahomes finished with 195 yards passing and two touchdowns, the second capping a 75-yard drive late in the fourth quarter, and lifted Kansas City to a 27-20 victory over the Jaguars and a spot in a fifth straight AFC championship game…Kelce had a career-high 14 catches for 98 yards and two scores. Marquez Valdes-Scantling hauled in the eventual clinching TD pass with about 7 minutes left in the game.

For as pedestrian as that game was, the one that followed was as one-sided as any Giants fan would have feared.  The Eagles, who throttled New York 48-22 last month in New Jersey, were even more dominant when it really counted, as Barry Werner of Touchdown Wire summised:

The NFC East champs ran over the Giants … in every way imaginable.

They had 268 rushing yards, which was 40 more toral yards than the Philadelphia defense allowed New York for the entire game. 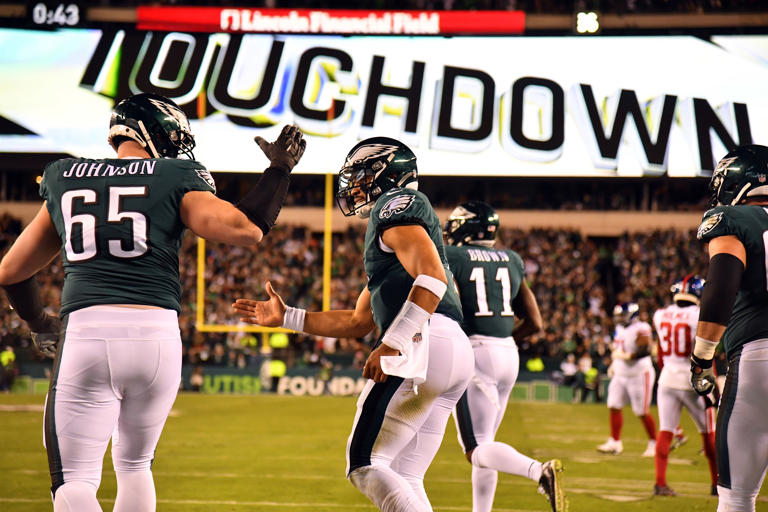 Kenneth Gainwell had 112 yards and a touchdown. Miles Sanders rushed for 90 more. The Eagles gained 17 of their 26 first downs on rushing plays.

The Eagles sacked Daniel Jones 5 times and made the day miserable for everyone wearing a Giants uniform.

And they literally ran Jones and the G-Men back up the New Jersey Turnpike, with a 38-7 win that, frankly, wasn’t that close.  If nothing else, the unfolding of the one-sided win allowed me a chance to catch up on much-needed sleep.

Today’s games do loom to be much more compelling.  The Cincinnati-Buffalo matchup at Highmark Stadium in Orchard Park, a de facto rescheduling of the January 2 game aborted by the near-tragic circumstances surrounding Bills’ safety Damar Hamlin, has all the makings of high drama, particularly if Hamlin, already back in Buffalo recuperating, makes an appearance, especially if he’s in the stadium.  No word yet if that’s going to happen, but should that occur it will be even more of a resounding reassurance that Buffalo can persevere above and beyond what Mahomes’ gimpy return provided the Chiefs with yesterday.  It’s the Bills’ last home game of the season one way or the other, by the way. 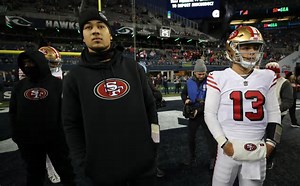 And in Santa Clara, where the weather is a lot more seasonable that it was last weekend, the inexplicable story of Mr. Irrelevant leading arguably the league’s best offense of the moment will reach its zenith, as the 49ers of Brock Purdy (and, yes, some pretty darn good teammates) try to remind Jerry Jones and the Cowboys that just because you can knock off Tom Brady doesn’t mean you’re going to cakewalk back to the Super Bowl you haven’t seen since the ’90s.

It’s a darn good day to be watching football, and although yet again I’ll be alone (don’t get me started, please), I know many, many others will be joining me virtually.  I’ve been “promised” my friends’ calendars and fears of personal contact might abate either next Sunday or for the Super Bowl, but I’ve heard that one before.  The best weekend should be enjoyed with others, but that’s not to be.  So it will be yet another interminably lonely Sunday afternoon here, but at least the chance for excitement on the tube.

Enjoy, and have a taco for me.