Brian Flores made headlines earlier this week when he filed a class action suit against all 32 National Football League teams that called out specific incidents in the last month that have denied him employment as an NFL head coach. 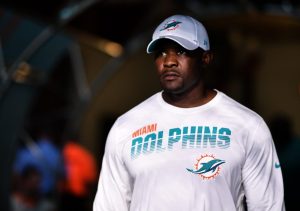 Flores has specifically accused the Denver Broncos, New York Giants and his former employers, the Miami Dolphins, of politically motivated acts of tokenism, what his suit calls “sham” interviews and, in the case of the Dolphins, pressuring him to try not to win games and, in the most recent revelation that came to light late yesterday, violate league rules and approach Tom Brady, at the time the quarterback of the New England Patriots franchise he served as a successful assistant coach with, to join the Dolphins as a free agent the following year.   This newest allegation occurred on top of a callout against Dolphins owner Stephen Ross to “tank for Tua” (top college quarterback Tua Tagovailoa) after the Fins got off to an 0-7 start in 2019.

All Flores did from that point on was go 24-18, lead the Dolphins to two consecutive winning seasons for the first time since 2002-03 and, perhaps most significantly, make a significant dent in the Tequesta curse of what was originally Joe Robbie Stadium and is now Hard Rock Stadium.  As any longtime Dolphins fan may attest, the last accomplishment alone may justify Flores’ assertion that he is a highly qualified coaching candidate. 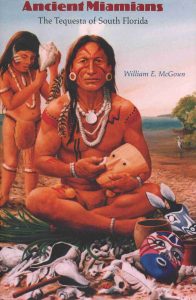 As first reported in the Miami New Times back in 2014, when the Dolphins broke ground on their current home back in 1984 they were on their way to the Super Bowl, had a young and handsome Dan Marino as their quarterback and face of the franchise, and the attention of a nation transfixed by the new phenomenon known as Miami Vice to buttress its maximum coolness factor.  During the construction of the stadium, it was discovered that ground had been broken over a burial site of the South Florida Tequesta Indian Tribe, a native population that had been wiped out by disease in the mid-1700s.  After initially avoiding building over the remains of that tribe, the Dolphins later received permission to do so and did–this was after they had lost that Super Bowl to the 49ers.

37 years later, the Dolphins have yet to make it back.

The magnitude of the Curse of the Tequesta goes well beyond the Dolphins.  The University of Miami Hurricanes haven’t come close to the level of success they enjoyed at the Orange Bowl since they relocated to Hard Rock in 2008.  And Hard Rock’s previous baseball tenant, the Miami (nee Florida) Marlins, after buying two world championships while taking advantage of massive tax breaks to play at the football stadium, are 210 games under .500 and had losing records in nine of their first ten seasons at Marlins Park–a stadium built on the remains of the Orange Bowl. 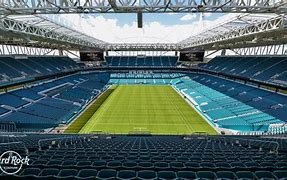 Flores’ allegations are quite serious, and in the polarized and racially tense climate the country is in now it is even stronger a statement that is happening at all.   The facts that the suit was filed at the outset of Black History Month, while tensions mount as President Biden has vowed to nominate a Black woman to the Supreme Court, and Spike Lee has announced he will produce a documentary about ostracized former 49ers quarterback Colin Kaepernick for ESPN underscore exactly how much is at stake 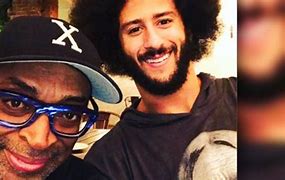 .  Flores himself has admitted he will likely never coach in the NFL again, a similar fate to what Kaepernick has endured for five years since he famously took a knee during a National Anthem that caught the ire of Donald Trump.

I’m consistently reminded that it’s difficult to fully comprehend the struggles and frustration of African-Americans in 2022 America, particularly as Trumpism continues to pervade the national consciousness.  I’m not Black and I’ve never been racially profiled.  But as I wrote a few weeks back, I have been beaten up in my own neighborhood and, lately, I’m finding more and more incidents of discrimination in my own world.  People who insist I should be acting a certain way, keeping a certain level of safety, associating with an “appropriate” support group, capitulating to specific kinds of therapies, etc.  I don’t know Flores’ specific pain.  But I know mine.  And I empathize wholeheartedly.

If BLM doesn’t resonate with you, try replacing the “B” with whatever population subset you identify with.  FLM?  JLM?  GLM?  LLM?  And yes, Dolphins lovers, TLM?

Yesterday several sports news sites reported that Flores was still under consideration for the one remaining coaching position still fielding candidates, that of the Houston Texans.  The Texans recently fired an African-American head coach of their own, David Culley, who was saddled with a team in disarray after its star quarterback DeShaun Watson sat out the 2021 season while battling legal issues.  I’d really like to believe that amidst all of this noise and attention it’s possible that those reports are true.  As any Jets fan will support, inheriting a dumpster fire from Adam Gase and turning it into respectability, on top of the Curse of the Tequesta, should make solving the issues in Houston negligible.

I also believe that the pandemic will end and that I will find true love and financial stability again.

Perhaps the spirits of the Tequesta elders could help us both?

After all, neither Flores nor myself were responsible for our fates.