Take Our Ball And Go Home? We Should. We Won’t.

NOTE:  This has been repurposed from our sister site, http://www.leblanguage.net

Less than twenty-four hours ago Grant Wahl was tweeting about the thrilling Argentina-Netherlands World Cup quarterfinal match, reporting onsite just as he had done at seven previous World Cups, previously as a correspondent for CBS and FOX Sports as well as Sports Illustrated.  The Dutch tied up the match with two thrilling second half goals, the second in the eleventh minute of stoppage time.  The match went to extra time, one that eventually went to a shootout that saw Lionel Messi extend his charmed World Cup life yet another day as the Argentines prevailed.

Grant Wahl did not live to see that finish.

As you’d read in the New York or Los Angeles Times sports sections, Grant Wahl’s death a week after his 48th birthday was of “unknown causes”.  Most sources reported the following in giving some potential context for his sudden demise, as Wikipedia recounts:

While the circumstances of Wahl’s death remain unclear,[39] he had complained of chest discomfort and sought help at the medical clinic at the World Cup media center, where he was told that he probably had bronchitis. He was given cough syrup and antibiotics at the clinic.[40] “My body finally broke down on me. Three weeks of little sleep, high stress and lots of work can do that to you. What had been a cold over the last 10 days turned into something more severe on the night of the USA-Netherlands game, and I could feel my upper chest take on a new level of pressure and discomfort. I didn’t have Covid (I test regularly here), but I went into the medical clinic at the main media center today, and they said I probablyhave bronchitis. They gave me a course of antibiotics and some heavy-duty cough syrup, and I’m already feeling a bit better just a few hours later. But still: No bueno.”[41

But while Wahl was having health issues, he was still making statements.   And as the International Business Times reported, some of them apparently riled the host Qataris just a tad.

Wahl was detained by security personnel for wearing a rainbow-coloured T-shirt to the Ahmad bin Ali stadium during the match between the United States and Wales.He wore the T-shirt to express solidarity with the LGBTQ+ community. Wahl was initially stopped by a security guard and asked to remove his shirt. His phone was confiscated while he tried tweeting about the incident.  The journalist was detained for about 25 minutes during which he was told that his rainbow-coloured T-shirt was ‘political’ in nature.  Wahl posted about the incident on social media.

And as IBT also reported, earlier yesterday Wahl reported on another confrontation with Qatari officials:

A day before his death, on Friday (December 9), in his substack newsletter Wahl slammed Qatari World Cup organisers for their lack of empathy towards migrant labourers.

“They just don’t care. Qatari World Cup organizers don’t even hide their apathy over migrant worker deaths, including the most recent one,” he wrote.

The soccer journalist had criticised Nasser Al-Khater, the CEO of the Qatari Supreme Committee, for downplaying the death of a Filipino migrant worker (which was initially brushed under the carpet).

Wahl was referring to an interview with the BBC, during which Naseer said, “We’re in the middle of a World Cup, and we have a successful World Cup. And this is something that you want to talk about right now?”.

Grant’s brother was even more direct in calling out what to most objective observers should have least been in their consideration set, once again via IBT: 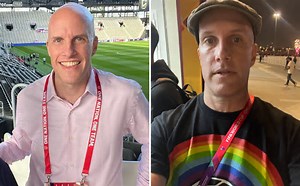 In an Instagram post, Eric Wahl informed that his brother Grant Wahl had received threats to his life. “I am gay. I am the reason he wore the rainbow shirt (representative of the LGBTQ+ community) to the World Cup,” he was heard as saying.

While hinting at foul play, Eric pointed out, “My brother was healthy. He told me that he received death threats.” He further emphasised, “I do not believe that my brother just died. I believe he was killed. And I just beg for any help.” Eric has since turned his account private.

One might think someone in power might at least want to investigate this.  Certainly, as President Biden and Vice President Harris take their victory lap on bringing Brittney Griner home for Christmas, one might think they have enough street cred and decency to at least ask for an autopsy.  As a former employee of FOX Sports, one might think a company known for seeking the truth might also be curious.

Official
Grant Wahl was a dedicated colleague and friend to so many at FOX Sports. We remain shocked and saddened by his passing, and extend our heartfelt condolences and deepest sympathies to his wife, family, friends and colleagues.
Rob Stone’s on-air mention during Saturday’s pre-match coverage lasted less than sixty seconds.
I mean, why screw up a good ratings morning, right? 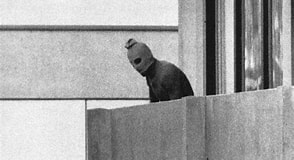 Fifty years ago, the Munich Massacre brought the 1972 Summer Olympics to a halt.  IOC chairman Avery Brundage, the very same man who presided over a Berlin Olympics hosted by Adolf Hitler three dozen years earlier, was castigated for demaning the games continue without a halt.  After his death, it was revealed that Brundage was an unapologetic hater of Jews.
We already know how the Qataris feel about Americans.  And yet, there was more time devoted to Qatari propaganda ads during FOX’s Saturday coverage than their was breaking news about the sudden death of a FELLOW JOURNALIST AND EX-EMPLOYEE.
It boggles my mind that yet again optics and opportunity seem to play a role in how and when politicans react to even the possibilties of international crime.  Butm sure enough, this morning’s matches went off without a delay, and FOX is covering them with their jingoistic blind loyalty cuz, hey, it’s a successful World Cup, right?
And yet, to even ask why Biden isn’t as concerned about this as the fate of a black gay female athlete makes me, and those that share my question, obvious baiters and Republicans, it would appear.
If Grant Wahl isn’t around to cover the balance of this tournament, neither should anyone else until there’s an investigation into the possibilities of why he isn’t.  At bare minimum, FOX reporters should show a bit more interest in wanting to know this.  And if they don’t, Sleepy Joe should believe some of his voters could be.
Yes, I call him Sleepy Joe–when this sort of ignorance occurs on his watch, he shouldn’t get a pass.  And I’d say the same thing about Orange Jesus were his fat rump still in office.
I’ve already lost another alleged friend because somehow one thinks we should just accept what people tell us and rrevere our leader no matter how tone-deaf he may choose to be.  Moralistically, FOX should want to know.  But they won’t.  Other journalstic organizations might not be large eough to fully protect themselves legally or physically.   We should want to pick up our ball and go home.
But they’re here.  But I don’t have to be.  We’ll watch this as fans, but unless tbere’s a change of heart on U.S. officials’ parts  I see no reason to waste another wink of space this year on World Cup.
Geez, imagine how my former friend may have reacted if I had been HER ex-employee?
Until next time…