Standing In The Hall Of Fame

I’ll admit, I’m a sucker for Hall of Fame induction ceremonies.  When you’ve been a passionate sports fan as long as I have, you look forward to these rituals as much for a signpost of how much entertainment you’ve been given by the honorees for as long as they were capable of providing it as much as enjoying their acknowledgment. 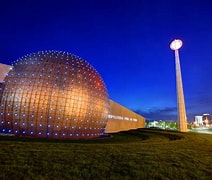 The Basketball Hall of Fame ceremonies aren’t quite as popular as those of baseball or pro football.  It hasn’t been around quite as long, having been established at Springfield College in Massachusetts in 1959, inducting its first class in 1968 and moving to its own facility 17 years later in 1985. It took an additional 17 years for it to move into a gleaming new $47M riverfront shrine with a distinctive basketball-shaped sphere as part of its architecture.   What it lacks in the relative history of other sports it makes up for in inclusivity–the Basketball Hall honors women, international and amateur players, as well as other contributors to the game. 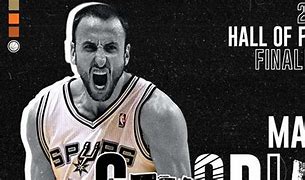 This weekend, 13 more members will be enshrined, a truly diverse roster of contributors spanning more than a century of history.  More contemporary stars such as Manu Ginobili, who won four NBA titles with the San Antonio Spurs juggernaut of the early 2000s, and Tim Hardaway, who while not winning a title of his own helped both the Golden State Warriors (as the lead member of Run TMC) and the Miami Heat establish credibility, will get their due.  George Karl, a warrior as both an ABA player and coach and, ultimately, a cancer survivor, will be honored for his coaching prowess, as will be Del Harris, who actually accomplished quite a bit toward rebuilding the Los Angeles Lakers between their Showtime years and the Shaq and Kobe era despite being often ridiculed by snarky and spoiled L.A. press as “Dull”. I’m a bit more excited about seeing the posthumous honor of “Sweet Lou” Hudson, a flashy star of the ’70s era Atlanta Hawks as well as some less successful Lakers teams.  Hudson’s style, both on and off court, exemplfied the NBA era that hooked me, that of the platform shoes, foot-high Afros and a contemporizing of the once stagnant game that was born in Springfield in 1890s by a physics professor who figured out running men around a gymnasium trying to throw a ball into a peach basket was effective winter exercise.

But as someone whose passion was ultimately shaped by the early 70s New York Knicks–the last era of that franchise to win titles–the induction of Walt Frazier as a broadcaster is perhaps the most anticipated event of this evening.  Frazier, a still-stylish link to the glory era, is better known by younger generations as the upbeat shill for the team’s TV broadcasts, rarely critiquing either the consistently frustrating team or its enabling juvenile owner Jim Dolan.  No matter how aggravating it is these days to try and be a Knicks fan–and fresh off this summer’s f-ck-up with Donovan Mitchell, it is arguably harder than ever to try–“Clyde”‘s presence is a reminder that there was a past worthy of remembering and a time when youth and hope were more prevalent.  At 77, and still in relatively excellent health, Frazier is a reminder that there’s still runway for both to still be part of the gameplan.

I’m not much of a fan of more recent music, but I’m inspired by the lyrics of The Script’s hit that no doubt will be a worthy earworm tonight: