Two professional summer leagues have expanded their post-season schedules.  The first of which will begin tonight in relative obscurity; the second will be played out to a much larger, yet equally curious world in October.

Both the WNBA and MLB are expanding their respective first playoff rounds from play-in games to best of three series, ultimately for the obvious reason–television revenue.  All sports get higher viewership for post-season games and traditional networks are willing to pay for those rights even at a time when regular season games’ audiences have declined.  So there is an economic reality to what purists consider a greed move by these leagues.

This said, there is also an economic angle that more aligns with purists’ desires to add meaning to a regular season.  So in expanding from winner-take-all wild card games to best-of-three first rounds, both leagues are tweaking with the traditional home-away-home pattern of the post-season, giving the second home game to the higher-seeded team, a potentially massive strategic advantage in a short series. 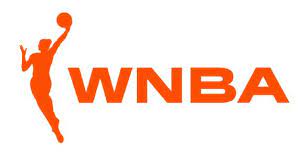 The WNBA has a smaller, but passionate, fan base, with traditionally smaller crowds.  Moving the potential winner-take-all game to the lower-seeded team rewards the ability to win on the road, which in theory will show that even a sub-.500 team at least could win a crucial game on an opponent’s court and therefore reward the fans they have with a pleasant surprise for a home game that isn’t necessarily sure to be played.

In MLB’s case, they have additionally borrowed a page from the NFL (hardly a foolish path given their dominance of the overall sports landscape) by adding a pair of third-seed wild cards to each league/conference, which means more meaningful regular season games to the mix as even mediocre teams jockey for the post-season.  But in baseball’s case, an expanded post-season also means racing against Mother Nature by trying not to expand too deep into the fall as weather becomes an increasingly significant factor.  And sure, hard-core fans will show up in football weather for a World Series game, but does that mean they will be happy about it?

So MLB’s solution was to create four additional three-game homestands for their wild-card teams, rewarding each league’s two top teams with byes (what the NFL used to do), giving a reward to fans in the remaining division champion and the top wild card seed’s cities with at least two more home games in what is (hopefully) better weather (and at higher prices, of course!).  Again, a lower-seeded playoff team will have to win on the road in order to advance.  And in MLB’s case, there’s no post-season gate for those lower-seeded teams unless they advance to the Division Series, which will maintain their 2-2-1 format in favor of the higher seed–at least for now.

But for all the emotional attention that the live gate and the actual fans may wish to focus on, the real economic holy grail is if more games are played.  Networks root for more games both because of the volume of and the ratings of the more critical match-ups.  In a seven-game post-season series, networks tend to lose money for the first four games, break even by the fifth, and realize profits with six- and, especially, seven-game series.  The economics aren’t quite as cut and dried for three-game series, but suffice to say a third game, with the home team under pressure to avoid an upset, will provide at least some competition for the NFL on a Sunday afternoon, something ESPN tends not to have in its corner in that time slot on a typical fall weekend.

So if you notice a bias from ESPN as it covers these expanded post-seasons in each league’s respective second games that will hope for a road team win, just chalk it up to their rooting interest, which is for quantity first and foremost.  Quality is ultimately perception; quantity drives the bottom line.  If you’re a passionate enough fan of the home team to care otherwise, more power to you.  Show it by buying a t-shirt or tweeting about it.  Those leagues benefit from that as well.

It all starts tonight, with the New York Liberty and Phoenix Mercury looking for wins in Chicago and Las Vegas, respectively.   The Mercury, who barely qualified for the chance to defend their 2021 Western Conference title, have become America’s de facto WNBA team, what with Brittney Griner imprisoned in Russia.

Now THAT’S motivation to root for the road team.