On an otherwise slow night for post-season sports, the Stanley Cup Western Conference Finals got under way in Denver.  With all else going on with teams I’ve been more invested in (yeh. I’m still upset about the Panthers), shame on me for not previously noting that, very quietly, the Colorado Avalanche merely were the West’s #1 seed, breezed through their opening round with a sweep of Nashville and then eliminated St. Louis with a last-second Game 6 goal that sent them back home for a Game 1 with Edmonton rather than a Game 7 with the Blues.

Not that TNT and ESPN have done much to help make more casual fans aware.  Their games have been relegated to secondary time slots and channels, a simple matter of the reality of their reach.   Denver’s a much smaller media market than the likes of New York or those in Florida, and they haven’t had a lot of playoff success in recent years to brag about.  They last won a Stanley Cup in 2001 and haven’t made a conference finals since 2002.  Despite some impressive regular season records along the way, they’ve simply been an afterthought beyond their loyal hometown fans. 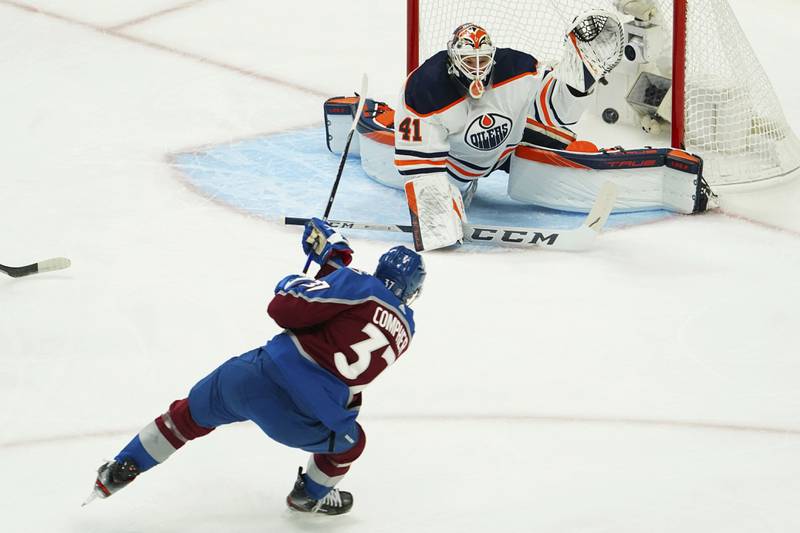 Well, last night served notice that perhaps this may be their year.  Against an Oilers squad that itself averaged five goals a game in vanquishing their arch-rival Calgary Flames in the Battle of Alberta, they pummeled Edmonton with a flurry of second period goals and then held off a furious comeback accelerated when their goalie Darcy Kuemper left the game with an upper body injury (as of this writing, it’s not yet clear how serious an injury it will be).  Buoyed by two goals from J.T. Compher and single tallies from a host of others, including star Nathan MacKinnon, the Avs escaped with a 8-6 win that was one of the 10 highest-scoring playoff games in NHL history. 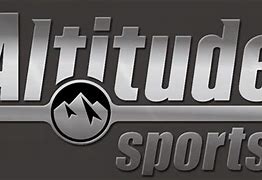 MacKinnon, the number one draft choice in 2013, is one of the marquee players in this series, along with the Oilers’ Connor McDavid, 2015’s top pick.  In Canada, McDavid is one of the sport’s shining lights, and as a Canadian has enjoyed a popularity advantage over the Leafs’ U.S.-born Auston Matthews.  MacKinnon is less well known outside the Rocky Mountain region.  Heck, the Avs don’t even get seen on TV in a good chunk of its own market, its Altitude Sports Network embroiled in a long-term standoff with Comcast and DISH TV that has kept the regional sports network off those providers for three years.

No such problem now.  TNT and ESPN are fully invested now in being the Avs’ champion, because little would be less desirable than the presence of a smaller Canadian market like Edmonton in the Stanley Cup finals (sorry, Oilers fans, many of you are truly beautiful people but there simply aren’t a lot of you in the United States).  And truth is, the Avs are an exciting team, even if they lack something defensively.  And given the Oilers’ firepower, they’re likely to need every goal they can get.

The Rangers-Lightning series that starts tonight in New York is undoubtedly a sexier series, given the Lightning’s current streak of ten consecutive playoff series victories and the Rangers’ renewed grip on a city starved for a championship.  They’ll have the stage to themselves tonight, and likely a much larger viewing audience.

But make no mistake about it.  Colorado deserves to be watched, too.  20 years is a long time, and they’re hungry.  MacKinnon has waited eight seasons on his own for his chance at recognition, and his teammates seem motivated to help provide it for him and themselves.   They may not be a classically trained team as some hockey purists might prefer, but they are exciting and fun.  Well worth checking out when they have the stage to themselves as they did last night.

Sip a Coors and/or light up a toke while you enjoy.