Quick As A Flash Once Again

Pop quiz:  Which Los Angeles sports team was the last one to win a league championship in their home venue designated by their league as the actual home team?

If you knee-jerked to the pandemic year titles of fall 2020 that the beloved Dodgers and Lakers won, well, think again.  The Dodgers wore home uniforms while celebrating in front of just under 12,000 fans (including, thankfully, 93-year-old former manager Tommy Lasorda, attending the last game of his life) in Arlington, Texas, while the Lakers celebrated their five-game victory over the Miami Heat in front of a few dozen masked friends and family members in an arena within the confines of Disney World in Florida.

The last team to celebrate a title while competing in front of fans in Los Angeles were hockey’s Kings, who won the second of two titles in three years in 2014 with a double-overtime (gotta love that!) win over the New Jersey Devils.  Their leader in both talent and spirit was goaltender Jonathan Quick, who at the time was one of the game’s premier netminders.  During the 2010s, Quick vaulted to prominence and success at levels rarely seen by any Los Angeles athlete, adding a record for most shutouts by a U.S. born goalie to his two Stanley Cups.

Yet all but the most ardent of sports fans would likely recognize Quick if he were out mall shopping.  When Canadian ex-pat Jack Kent Cooke birthed the Kings franchise in 1967, he had high hopes that the NHL could succeed in Los Angeles; indeed, it was the Kings who played in the first major league sporting event held at his Fabulous Forum (named, of course, after the famed Montreal venue of his beloved Canadiens). 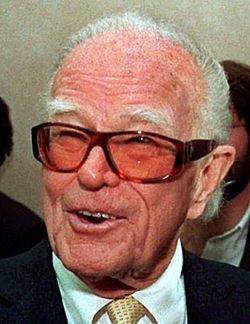 When early crowds rarely exceeded 10,000, he famously snarked “Well, now I know why all of them left Canada.  They clearly hate hockey”.

And the Kings, even in success, have struggled to maintain relevance and top-of-mind status in LA.  The fans who do have season tickets and watch their games are passionate and loyal.  But it’s difficult to fully embrace a sport designed to be played on ice in a city where winter temperatures often exceed 70.  This time of year, even higher.

But this year both the Lakers and Clippers are out of the playoffs, and while the Dodgers and Angels are both in first place in their respective divisions it’s still early.  And Quick, at age 36, has rebounded soundly from recent injury-plagued seasons and the Kings, whose fortunes declined rapidly after the 2014 cup and especially after their 2018 playoff ouster by the then-expansion Vegas Golden Knights, are back in the post-season.

And last night in Edmonton, they served notice against the talented Oilers and their own superstar, Connor McDavid.  Buoyed by early leads and an eventual total of 36 mostly magnificent saves by Quick, the Kings got a late goal by Philip Danault to steal home ice advantage and a 4-3 win in their 2022 Stanley Cup first round series opener. 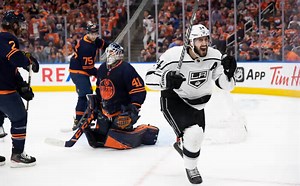 So it’s set up nicely for the Kings and the Crypto.com Arena, nee Staples Center.  Aside from the Sparks’ early games, little else will be going in downtown LA sports for the next couple of months.  If the Kings can continue this renaissance, they have a golden opportunity to capture the hearts and minds of a city that loves winners, loves to hop on bandwagons, and might even reignite the passions of some of those with Canadian roots who still live here and were testimony to Cooke’s cynicism.

But the window of opportunity is small.  Even during their Stanley Cup runs, the Kings didn’t exactly command the hearts and minds of the area.  At that time, it was arguably a different sports world.  Kobe was still playing and the Clippers were beginning a stretch where they were competitive and disappointing at once.  But, of course, times have changed, and the Rams took full advantage of that opportunity last year to restore their own past glory and enchant a whole new generation of fans to embrace them.

It could be the Kings’ turn this spring.  But they’d better be Quick about it.