Playoff Series Fit For A Queen

Queen Latifah is more successful these days as the star of THE EQUALIZER than she was as a talk and variety show host.  On two different occasions more than a decade apart Queen failed to last more than two seasons helming a daily series, losing tens of millions of dollars on both occasions for companies who banked on her enduring fan base for success. But now, with the safeguards of the strong appeal of how much we love scores being evened, not to mention excellent scripts, her career is thriving, and her series was just given a two-season pickup, assuring it will last at least as long as the 80s cult hit that preceded this version and twice as long as either show with her name on it.

And among those who love scores being settled and results being evened out are sports fans and TV executives.  Arguably, the best game to see in person in a seven-game series is a fourth game with the home team down 2-1.  The stakes are heightened–teams down 1-3 rally to win a series less than one in ten opportunities.  On the other hand, there’s no chance the home team will be eliminated if they do lose, so you’re not going to attend a wake.  And if you’re hosting a fourth game of a series, you’re the lower-seeded team, and everyone loves an underdog.  Fans of such teams love the idea of being giant-killers, and TV executives know that ratings will likely be higher than for a 3-0 game.

Yesterday was the perfect storm of such outcomes for both fans and executives.  Between the NBA and NHL six playoff games were contested, spreading from early afternoon to after midnight East Coast time across four networks.  In each situation, the home team won and evened each series at 2-2.

In basketball, the rejuvenated Philadelphia 76ers, infused by the surprisingly early return of likely MVP Joel Embiid from a needless eye injury the Raptors inflicted on him in their elimination game, have rallied to even their conference semifinal series with the Miami Heat. 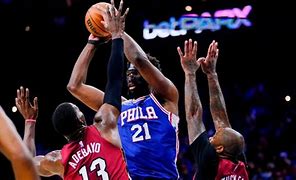 Embiid’s presence has intimated the Heat offense, and his prowess down low has resulted in him leading the team in scoring two games in a row, as well as opening up increased outside opportunities for the likes of Tyrone Maxey, Danny Green and even James Harden.

Down in Dallas, Luca Doncic is almost single-handedly lifting the Mavericks into contention, negating some historically excellent play by Phoenix’s Chris Paul in the series’ first two games, and the Mavericks wake up today dead even with the team with the league’s best record.

In hockey, the Boston Bruins have rebounded with two consecutive wins over the Carolina Panthers, the Eastern Conference’s number one seed, St. Louis rebounded to draw even with Minnesota, the defending champion Tampa Bay Lightning upended Toronto and, in Los Angeles, our friend Jonathan Quick not only shut down an Edmonton team that had scored 14 goals in the past two games and sent him to the showers prematurely in Game 3, last night his 10th all-time playoff shutout broke Mike Richter’s record for most ever in that category by an American-born goaltender. 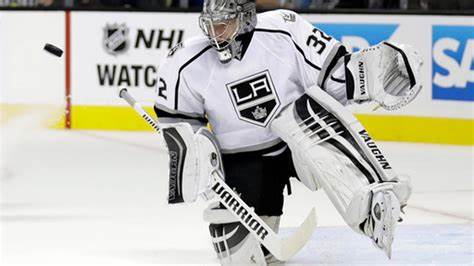 For the Disney and Turner networks carrying these series, this sets up their most desired scenario: a series assured of going at least six games.  Most networks do not make back their investments if a series goes only four or five games.  There are simply not enough spots being sold and ratings tend to be modest even more anticipated series, especially those involving smaller market teams.  But a six-game series almost always assures there will be some profit and, of course, a seven-game series is the holy grail.  A 2-2 series also sets up the assurance that two more games will be promoted at the same time, reinforcing both the tail and the strength of the messaging.

Tonight, there’s a chance five more series could go 2-2, though it would take several road teams winning in order for that to happen.  In the NBA, the Ja Durant-less Grizzlies will look to even things up in San Francisco against a Warriors team that thoroughly dominated them on Saturday night, and the Celtics will look to find a way to stop Giannis Antetokounmpo and Milwaukee–not a small task.  In the NHL, the Rangers will look to figure out a way to keep the Penguins at bay, needing a Quick-like rebound from their star goalie Igor Shestyorkin, and Calgary will try to steal back home ice advantage in Dallas.

Close series and a chance for several more equalizers.  You might say for sports fans last night and tonight were experience fit for, well, a Queen.