If you’re a Philadelphia sports fan, you’re strutting a bit prouder this morning.  Your Phillies are about to host a World Series game for the first time in 13 years, with a chance to win a World’s Championship at home by midweek. 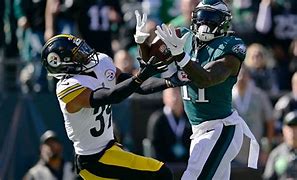 Your Eagles are sitting atop the football world, the last remaining unbeaten NFL team, fresh off a 35-13 shellacking of cross-state rival Pittsburgh that reinforced their status as a dominant offense, and more than capable of staving off challenges from both the Giants and Cowboys down the road.

And, not to be outdone, yet another team will be playing for a title for the first time in its history on Saturday night.  The MLS Union, in front of an ecstatic home crowd, spotted defending champion NYCFC a 57th minute goal before blitzing them with three goals in 11 minutes, through Julian Carranza, Daniel Gazdag and Cory Burke, to earn a 3-1 victory in the Eastern Conference final and a date in Los Angeles with fellow expansion team LAFC as they both try to win their first-ever title.

In a city with Philadelphia’s demography, soccer wouldn’t be an obvious choice for success.  Indeed, the Union play in suburban Chester, in a soccer-specific stadium that overlooks the Delaware River.  But Philadelphia does have soccer tradition, fielding a highly successful team more than a century ago called Bethlehem Steel F.C.  And heck, Sylvester Stallone did star in VICTORY, one of the most dramatic soccer movies of all time, in the midst of his reign as heavyweight champion during the original ROCKY anthology.

As BBC Sport reminded the world, as it begins to prepare for next month’s World Cup:

“It’s a special time right now in Philadelphia for a lot of reasons,” Union coach Jim Curtin said. “But these guys showed they are right up there with the Phillies and Eagles and it’s great to see the sport grow this much in this city. I am really proud.”

And hey, don’t look now, but the Sixers have won their last two, and even the Flyers, that last-place NHL team of last year, is off to a surprisingly strong 5-2-1 start, currently sitting tied forthird in the Metropolitan Division.