In South Florida, twilight is often referred to as “golden hour”.  Arguably, some of the most beautiful pictures taken anywhere occur in that area when the sun starts to dip below the horizon and its lucky denizens get to appreciate the benefits of life there.

Many other beautiful images from that area are etched in the minds and psyches of fans of the Miami Dolphins, who this weekend will celebrate the golden anniversary of the NFL’s only undefeated team of the modern era.   Before a national television audience at Hard Rock Stadium, against the same Pittsburgh Steelers team they defeated on the last day of 1972 to reach the Super Bowl, the team will once more be honored by a still-adoring fan base, a great deal of whom have grown to appreciate the magnitude of their accomplishment having never actually lived through it.

But for the last 49 years, there has always been a countdown among the team’s alumni, always celebrating when the final undefeated team goes down and assuring that its unique accomplishment remains .  For the last decade, there’s even been a microbrewery in the area that has created its own concoption, as the Miami New Times reported this week:

Since 2013, Funky Buddha Brewery has cracked the classiest, and possibly most petty beer of them all, waiting to release the limited-run Undefeated Saison only after the final team in the NFL loses its first game, ensuring that the 1972 Dolphins record will stand alone another year. 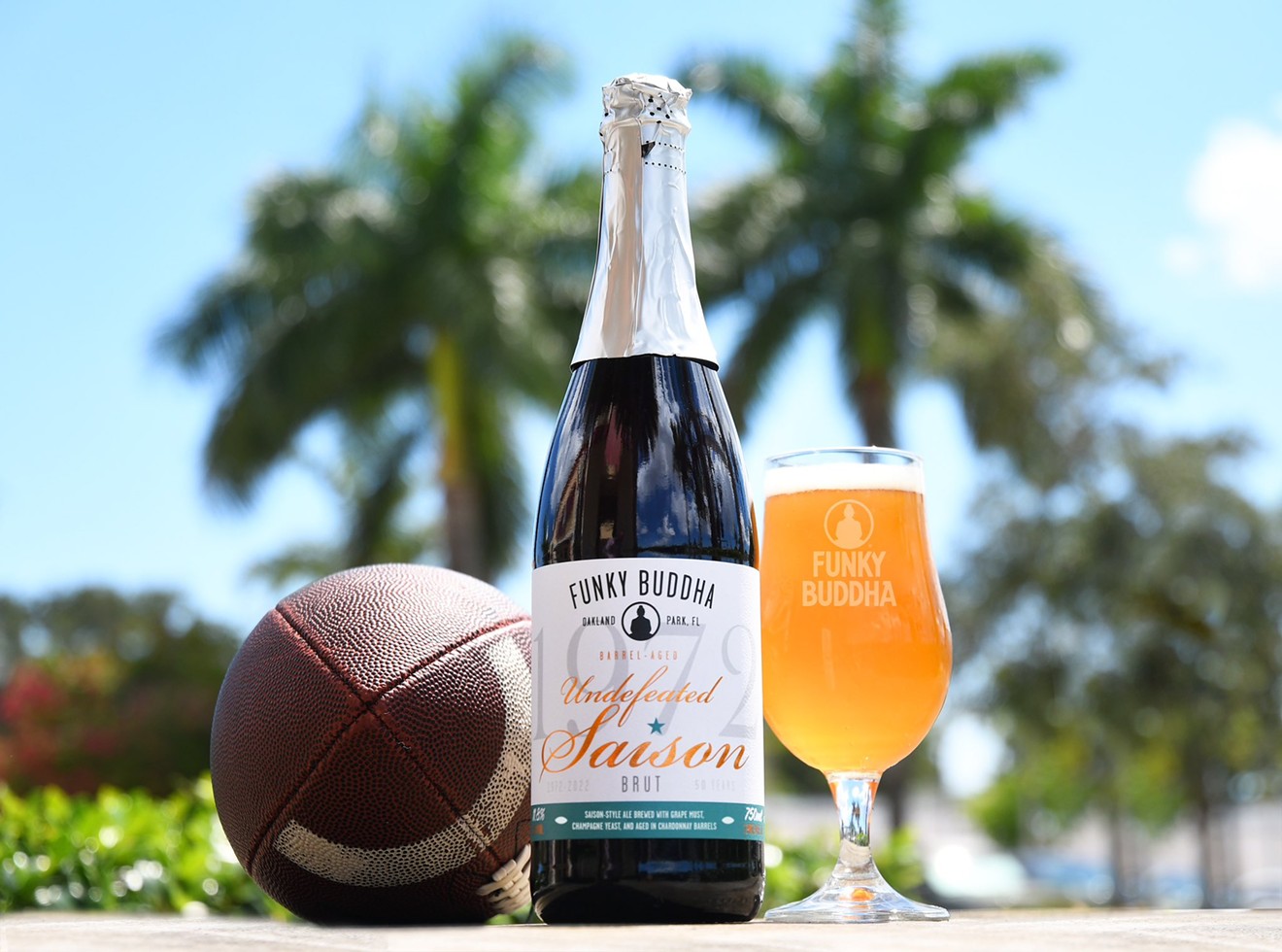 The Belgian-style ale is brewed with grape must that has been aged in Chardonnay barrels and bottles conditioned with Champagne yeast, giving it an aroma and taste that smacks of celebratory vibes.

Asked if his team has cooked up anything special in the brew to commemorate the 50th anniversary of the undefeated ’72 Dolphins team, (brewery co-founder Ryan) Sentz jokes that this beer’s yeast has been specially infused with DNA extracted from old uniforms of players on the ‘72 roster, before admitting the fan-favorite recipe is unchanged. 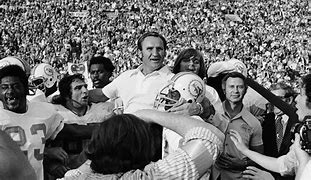 With the Philadelphia Eagles on a bye after winning their sixth straight game to remain undefeated, the ale won’t be broken out this weekend.  Even if it were, it might taste a bit more bitter than in past years.  This milestone, unlike several of even the recent past, will be missing a few of the more prominent members of the cast, most notably legendary coach Don Shula, who left this world in 2020.  Defensive standout Nick Buoniconti is also gone now, as is flamboyant running back Jim Kiick and, more recently, once-equally flamboyant receiver Marlin Briscoe.  Longtime announcer and Dolphin trivia king Hank Goldberg, known nationally via his ESPN horse racing gig, also passed earlier this year.   Even younger supporters of the Dolphins, including some impossibly attractive and passionate fans, knew and respected these legends.

But, thankfully, some key members, including quarterback Bob Griese and running backs Larry Csonka and Mercury Morris, as well as wide receiver extraordinaire Paul Warfield, are still around, grizzled, to be sure, but healthy enough to take a bow or three.  And I’m fairly confident there won’t be a dry eye in the house when the special 50th anniversary patches on the team’s classic throwback uniforms they are planning to wear Sunday night will be unveiled.  These Dolphins aren’t going to threaten their legacy, but it’s anticipated that Tua Tagovaiola will be back at quarterback, concussion protocols finally passed, and a respectable run at a post-season berth not quite realized in recent years could resume on such a prominent stage.

Pre-game ceremonies will begin just as the sun starts to set in South Florida, no doubt producing a stunning backdrop (no rain is forecast!).  Reunions like this are especially poignant, especially when one considers the magnitude of the number as well as what comes next.  Certainly, the tears will be driven by the reality that while the team will forever be undefeated, and the legend continues to grow with each passing year, in the game of life the fact so many key people won’t be present is a grim reminder that they really can’t remain undefeated forever.  The sun will set us on all eventually.

But it will not be setting permanently Sunday night, even in South Florida, and anyone celebrating something special that happened there in 1972 will hopefully be wearing aqua and orange, with a little gold perhaps, and having a golden hour cocktail of sorts to remind people that perfection is possible, and to be cherished forever no matter what.

To their fans, and to the team that they adore, salut.