If you ever wind up paying more for a ticket to a college football game or a subscription to a service including ESPN, you can lay the blame squarely on the doorstep of one Claudia Wilken.

Wilken is currently a Senior United Stated District Court Judge of the United States District Court of the Northern District of California, with nearly 30 years of experience behind the bench.  And, apparently, enough of a fan of college sports, let alone the law, to be behind two of the most seminal decisions in its history and, as announced yesterday, poised to make a third and evne more monumental one shortly. 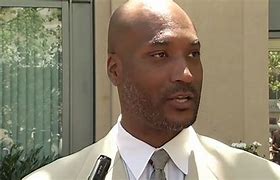 The UCLA Bruins won their first men’s college basketball championship in 20 years in 1995 led by a gangly 6’9″ forward named Ed O’Bannon.  The mid-90s were also an era when video games exploded, both on PCs and on gaming consoles, and in targeting the demo most likely to play them software companies like Electronic Arts doubled down on simulation games featuring top NCAA teams.  A team with the fan base and legacy of those championship Bruins endured in popularity long after O’Bannon’s injury-plagued career ended.  Despite being drafted ninth overall after his title, he languished in obscurity in New Jersey and ultimately wound up retiring after chasing, by his estimation, 12 different jobs in sixdifferent countries.  And while he struggled to gain a semblance of a life, ultimately moving to Las Vegas to work as a car salesman and, later, a probation officer, he never saw dime one from the images of him (as well as his younger brother Charles) that continued to excel on consoles across the world.

So, in 2009, he attached his name as lead plaintiff in a groundbreaking lawsuit against the NCAA.  Sports Illustrated picks up the back story:

O’Bannon said his fight against the NCAA started when visited his friend’s house and saw a video game his friend’s son had been playing. On the screen, O’Bannon saw himself, his brother and all of his UCLA teammates from 1995.

“And then [my friend] told me he paid X amount of dollars for it, and I didn’t get a penny,” O’Bannon said. “And that’s when it really hit me. The rest is history.”

The case prompted the video game company Electronic Arts to stop producing games based on college sports, and the 9th Circuit Court eventually ruled that the NCAA was in violation of antitrust laws.

The court deemed that the NCAA could remedy the problem by offering full scholarships that cover the cost of attendance for athletes, including stipends for cost of living that weren’t currently offered by college sports’ governing body.

The judge who ruled over the early portions of those hearings was Claudia Wilken. During this process, a separate suit was started across the country by a former West Virginia University running back named Shawne Alston.  As USA Today detailed, Alston’s believed that more than his virtual image should be compensated:

Alston grew up in Hampton, Virginia, and played at Phoebus High School. In the state playoffs alone during his senior season, he rushed for 971 yards and 10 touchdowns.

At 5-foot-11 and 235 pounds, Alston was more of an old-school back — and situations near the goal line became his calling while playing for West Virginia. He scored 12 rushing touchdowns in 2011, when the Mountaineers won the Orange Bowl in former coach Dana Holgorsen’s first season.

He scored seven touchdowns and averaged 5.1 yards per attempt the next season but was limited to eight games as West Virginia lost in the Pinstripe Bowl.  According to his LinkedIn page, Alston spent one month with the New Orleans Saints in 2013. He majored in criminology at West Virginia and earned an M.B.A. from the University of the Southwest in 2015 before becoming a juvenile probation officer for the Virginia Department of Juvenile Justice.

Another athlete whose career peaked in his early 20s, with enough knowledge to know colleges don’t get billions from TV networks for big games without the athletes.

So in June 2021 Alston’s impact joined O’Bannon’s when Sportico reported this historic news:

In one of the most significant sports law decisions in U.S. history, the U.S. Supreme Court on Monday ruled unanimously against the NCAA in NCAA v. Alston. Justice Neil Gorsuch authored the opinion, with Justice Brett Kavanaugh authoring a concurring opinion where he advocated for a broader rebuke of NCAA amateurism.  In affirming a 2020 ruling by the U.S. Court of Appeals for the Ninth Circuit, all nine of the justices concluded that the NCAA and its more than 1,200 member schools and conferences are in violation of Section I of the Sherman Antitrust Act. The violation stems from members agreeing to limit how much each can compensate athletes for academic-related costs. The Ninth Circuit had affirmed a ruling by U.S. District Judge Claudia Wilken, who following a a 10-day bench trial in 2018, held in favor of the class led by former West Virginia running back Shawne Alston.

Last week, USA TODAY’s Steve Berkowitz reported that, with the recent announcement of an expanded college football playoff package as well as musical chairs for multibillion dollar media deals afoot, three more student-athletes are about to get their day in court as well, with a lot more than either O’Bannon or Alston’s cases sought:

Attorneys for the plaintiffs in a lawsuit against the NCAA and the nation’s top college conferences that challenges the association’s remaining rules regarding athletes’ ability to make money from their names, images and likenesses reiterated in a filing Friday night that athletes are entitled to a share of the billions of dollars in college sports TV revenue not only now, but also reaching back to 2016.

The filing seeks to have the suit certified as a class action, meaning it would be applicable to thousands of athletes rather than only the named plaintiffs, Arizona State men’s swimmer Grant House; Oregon women’s basketball player Sedona Prince, who gained renown by drawing attention to disparities in the treatment of athletes in the NCAA men’s and women’s basketball tournaments; and former Illinois football player Tymir Oliver.

The plaintiffs’ lawyers in this suit are among those who were involved in either or both of the earlier cases, led by Steve Berman and Jeff Kessler. (Kessler argued for the Alston plaintiffs before the Supreme Court.) And this case currently is pending before U.S. District Judge Claudia Wilken, who presided over the early phases of the O’Bannon and Alston proceedings.

The impact of NIL reform on the NCAA has already been significant.  Players are essentially year-by-year free agents, with the ability to move around more like professionals than ever.  Schools like Jackson State have been able to compete for the recruitment of top prospects, with the assurance of payments from sponsors and donors attracting #2 recruit Travis Hunter to Deion Sanders’ SWAC program.  This weekend, ESPN’s College GameDay will broadcast live from Jackson.

And why not?  They’re adults, and they’re providing exposure and attention for these schools that, frankly, is far greater than anything any non-athlete could.

Inevitably, if the schools do indeed have to ante up (and precedent strongly suggests they will), they will pass along these increased expenditures to the public in order to meet their own financial goals.  And as more programs become relevant, the appetite for their games will grow enough to command higher TV rights fees as well.

And we’ll complain.  We’ll post laments.  And, of course, we’ll find a way to support our schools because, heck, that’s what good fans do.

But please don’t blame the students, nor should you blame the schools, or even the networks paying those exorbitant rights fees.  All they are doing is legal business and keeping pace with the forces of change unleashed upon them by landmark rulings.

If you approve of what she’s been doing, send her a tree mascot.  If you don’t, then send her something one might find under a tree,

Of course, I mean a holiday gift. 🙂