On the road to Qatar

I distinctly remember June 17, 1994, as did the ESPN documentary of the same name.  Game 5 of the Knicks-Rockets NBA championship series, coverage interrupted by breaking news from Los Angeles about a certain retired football player attempting to flee a police pursuit.  For me, the added overlay of watching the chase unfold in front of me as I stood dumbfounded on the steps of University Synagogue as I awaited a Shabbat service honoring me and my first fiance that was delayed because the entire early arriving congregation were shouted out of the sanctuary by yours truly, who was monitoring the basketball game on his headset radio and knew that the Simpson chase was heading down Sunset Boulevard and would soon pass right in front of us. 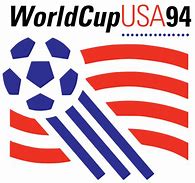 And, earlier that day, the United States hosted its first-ever soccer World Cup matches.  For someone whose passion for the sport had been fueled by his nearsighted British-born grandfather’s appetite to have the prior day’s scores read to him from the small agate type of the New York Sunday News having world class competition played on U.S. soil was a monumental event.  Reading those scores to Poppy while we munched on tea biscuits was a great breeding ground.

At Soldier Field in Chicago, Germany opened the competition with a 1-0 win over Bolivia.  The next day, the U.S. team debuted at the Pontiac Silverdome with a 1-1 tie with Switzerland.   Four days later at the Rose Bowl they beat Colombia 2-1, the win that ultimately catapulted them into the later tournament rounds.  I still recall being transformed into an ardent supporter of that team.

That team’s dream died on July 4th in the knockout round with a 1-0 loss in Palo Alto to eventual champion Brazil.  But last night the 2022 team got the chance to pursue its own dream.  Despite a 2-0 loss to host Costa Rica, the U.S. qualified for this year’s World Cup for the first time since 2014.  That summer’s run was especially poignant for me.  I watched several of those matches from a waiting room at New York Hospital in Queens, where my father lay comatose on his deathbed.  When I needed a break from the emotional trauma of having a wordless conversation with him, I would escape to the calm of the lobby, where a multicultural staff and other visitors congregated around the TV to watch that day’s matches.  I’ve always found watching soccer to be remarkably calming, easy to get lost in the nuance of watching attacks unfold with the precision of an infantry.  My friends born outside the U.S. would often attempt to educate me on these strategies and these strangers who were my escape hatch provided me with what little insight I have now.  I’m eternally grateful for that.  I’m particularly invested in the matches involving England as well as the U.S., in honor of my grandfather.  Those matches were especially cathartic to me.

But this year’s World Cup will be contested in the fall.  It will be held in Qatar, a controversial choice to be sure due to politics, but even more so because the need to escape 120 degree summer heat will move the competition to a window surrounding Thanksgiving rather than the 4th of July.  FOX Sports will attempt to fill the void of losing Thursday Night Football and the end of their college football season with matches being contested in daytime a world away unfolding in East Coast prime time.  Unlike past World Cups, it will also bifurcate the seasons of global leagues, and potentially put many players at injury risk for the balance of their respective nations’ seasons.

I honestly don’t know what my attention span will be then.  But as someone who missed the U.S’ participation in 2018, I’m at least invested enough to appreciate the significance of what was accomplished last night.  On a an otherwise light sports night, a shutout loss in South America was top of mind for me.  A couple of qualifying round wins on Thanksgiving weekend might whet my appetite for something to distract me from early season NBA and NHL games.  We’ll see.   My grandfather’s spirit will be watching with me.   Tea biscuits taste pretty good at night, too.