Once again, it’s a quadrupleheader Sunday for NFL couch potatoes, with a regular season game in Europe and, for the first time, in Germany.  And no less stalwarts than Tom Brady and Pete Carroll, not to mention likely Comeback Player of the Year Geno Smith, are making the trek to Munich for a game that, unlike all of the ones previously played in London, actually features two first-place teams (though, to be sure, only the Seahawks have a winning record, which means the Giants-Packers tilt earlier this fall is still the best all-time matchup played outside of the U.S.). 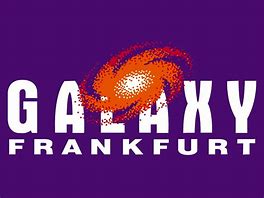 But it’s not the first professional game sponsored by the NFL that has been played in Germany and, indeed, there is arguably a greater appetite for the game in Germany than in any other foreign country.  Between 1995 and 2007 the NFL operated a spring developmental league, first called the World League and then NFL Europe, that first attempted to spread the wealth across the continent.  Yes, London and England were represented, but so too were Spain (the Barcelona Dragons), the Netherlands (Amsterdam Admirals), Scotland (Scottish Claymores) and Germany (initally, the Frankfort Galaxy and, for my money, the best nickname outside of minor league baseball, the Rhein Fire, reprsenting Dusseldorf).

By the time NFL Europe had given up trying to make the continent appreciate Triple A pro football, the league had been reduced to just six teams, but five were located in Germany.  The Hamburg Sea Devils are the answer to the trivia question “who were the last champions of NFL Europe”, denying the Galaxy their fifth title in 13 seasons in 2007 after they had won the first championship of this incarnation of the league back in 1995. And, yes, the success of pro football in Germany spawned a generation of fans and players who developed enough skills to beat a path to America and today second-year Seahawk linebacker Aaron Donkor is lining up in front of his countrymen for the first time.

If you think about it, American football is far more suited to the German fan than the typical Brit.  I mean, what’s a football game without a beer and a Brat?  And I am very certain quite a lot of very good beer is being consumed at the Allianz Arena this afternoon.

And with the Seahawks especially disappointing as this is being written, I’m equally certain a good deal of Pacific Northwest craft beers are being consumed with lumberjack breakfasts.

So far, they have three points after three quarters.  Maybe they’ll get ten?